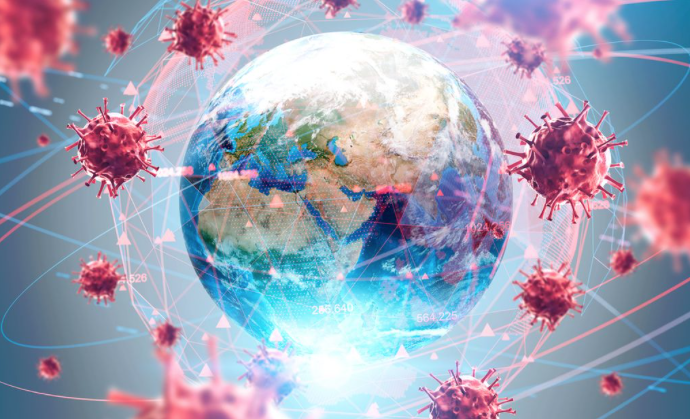 “Nothing will ever be the same.”

That is a hackneyed expression, oft criticized — and rightly so — because it is an all-encompassing, cookie cutter formula that cheapens nuance and details. And so, it can easily — in the most literal sense — be refuted.

We heard it often after 9/11. And here it is again in full force with this pandemic.

Well, let’s see. The earth is still turning in the same direction, the big fish eat the little fish, social inequalities continue to exist, nations and civilizations clash (or, sometimes, cooperate), and human nature persists, people being just as stupid, brilliant, humble, arrogant as ever.

False beliefs and crazy ideologies continue to prosper, the left and the right tear each other apart, a few superpowers impose themselves on lesser ones who continue to resist (more or less depending on the case). As for the virus and other bacilli, they periodically return to haunt the human race. We can apply all of this to the European incursion into the Americas (clash of civilizations, viral shock), to the French Revolution, to the Russian Revolution, to the Quiet Revolution in Quebe, to the Great Depression, to both world wars, to the Holocaust, to the moon landing, to the unprecedented upheavals of the internet and digital age, to Black Lives Matter, to jihadism, and to many other movements, events, incidents or reversals. And even to the inventions of the tire and running water, or to the discoveries of fire and electricity. Everything changes; everything is the same.

Depending on the era, history stagnates or accelerates. And sometimes — rarely, as with climate change — it can flow from real transformations among humanity. Hindsight reveals the events that were underestimated in their time, or, to the contrary, minimizes what we perceived to be watershed moments.

Did 9/11 change everything? Certainly not. With its reaction to the aggression, with its lies in Iraq, the United States is said to have “set fire to the Middle East.” No doubt it threw embers, but on an already present fire. Another event that fades in retrospect is the Arab Spring of 2011.

But how will history remember the spring of 2020? It has many converging elements — geographic spread combined with symbolic, health, political, economic and strategic ramifications — that have characterized few events (or concentrated time periods) in the last century or two.

“Nothing will ever be the same”? It’s not true, of course. But many crucial things will emerge from the current period shaken up, unrecognizable. Communication between people, telework, travel, mass tourism, the polluting and often mind-boggling normalization of flights to the end of the world (sins of our civilization), Western retail (ravaged), the fate of nations: All of this has been turned upside down by the first six months of 2020.

The hurricane that is COVID-19 — with its economic, political and strategic domino effect — is a revealing indicator. It brings out, but also accentuates, trends that were, admittedly, already there, but which are now obvious and probably irreversible. In the geopolitical order, we have said it again and again, but let’s repeat it in order to recognize the enormity of the thing — a superpower is stumbling in a major way in the face of this epidemic and all of the challenges that accompany it. It shows the world, under the supremely false slogan “Make America Great Again,” the extent of its weakness and the acceleration of its decay.

The corollary is the aggressive, conquering rise of a China that is flexing its muscles and no longer pretends, that forcibly sterilizes Uighur women, that imposes silence on one country in two, that locks down its society in a way even George Orwell couldn’t have imagined. And which, in crushing Hong Kong, is issuing, according to a Taiwanese minister last Tuesday, “a threatening injunction to the whole world.”*

Yes, the year 2020 may well prove to be one of history’s “grand crus,” including its tragic dimension.