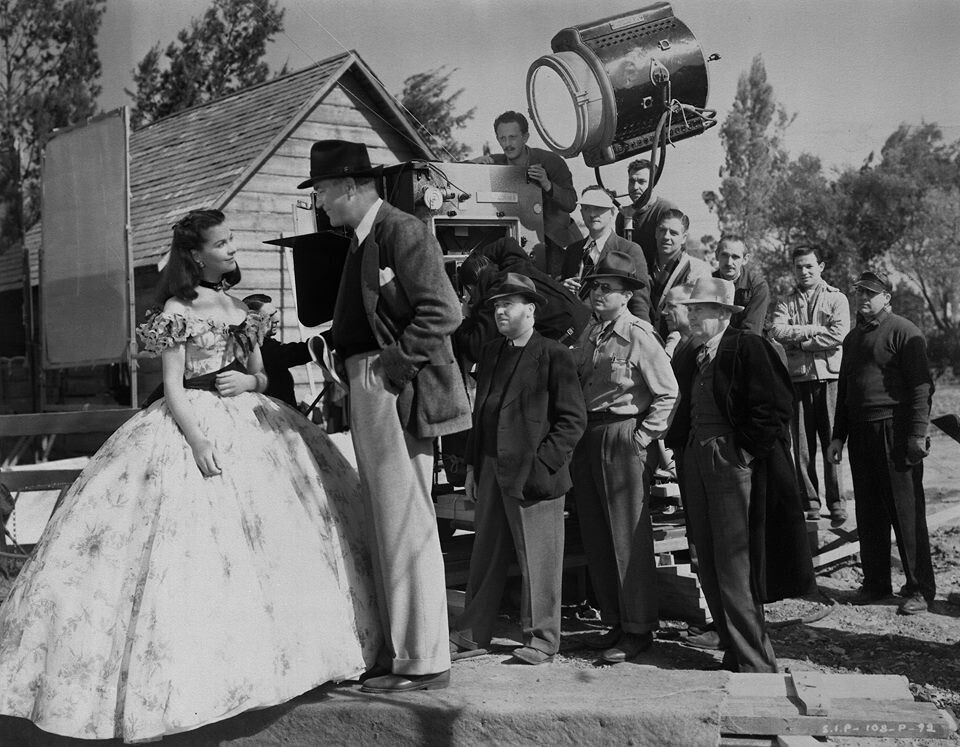 The filming of the movie “Gone with the Wind” had already begun. But the producer disliked the screenplay, so he halted filming and ordered screenwriter Ben Hecht, originally a journalist famous for working quickly, to rewrite it in five days. The play “Moonlight and Magnolias” is a comedy based on a true story that depicts hectic activity behind the scenes. It premiered in America in 2004 and was performed by a Japanese troupe at the Theatre Echo under the title “In with the Wind.” When “Gone with the Wind” was made 81 years ago, Nazi Germany was persecuting Jews in Europe. While the producer was excited by its success, Hecht, who was Jewish, fiercely conveyed his perspective that the premise of the movie romanticized slavery. c Actually, it is said that Hecht turned down a writing credit. In America, the Black Lives Matter movement is spreading after an incident in which a white police officer killed a Black man. Video streaming services temporarily halted the streaming of “Gone with the Wind” and reposted it with an explanation at the beginning. If Hecht had been alive, he would’ve been delighted. A debate is also occurring over “Swing Low, Sweet Chariot,” the fight song of the English rugby team, which has its origins in a Black spiritual. The debate is over the song’s connection to slavery. It seems that the theme of a popular Disney ride will be changed to a one about a movie starring a Black girl. But even if racism is physically eliminated, nothing will change if one’s consciousness doesn’t also change. How can negative history be used as instruction? Instilling the power of imagination in others also matters.