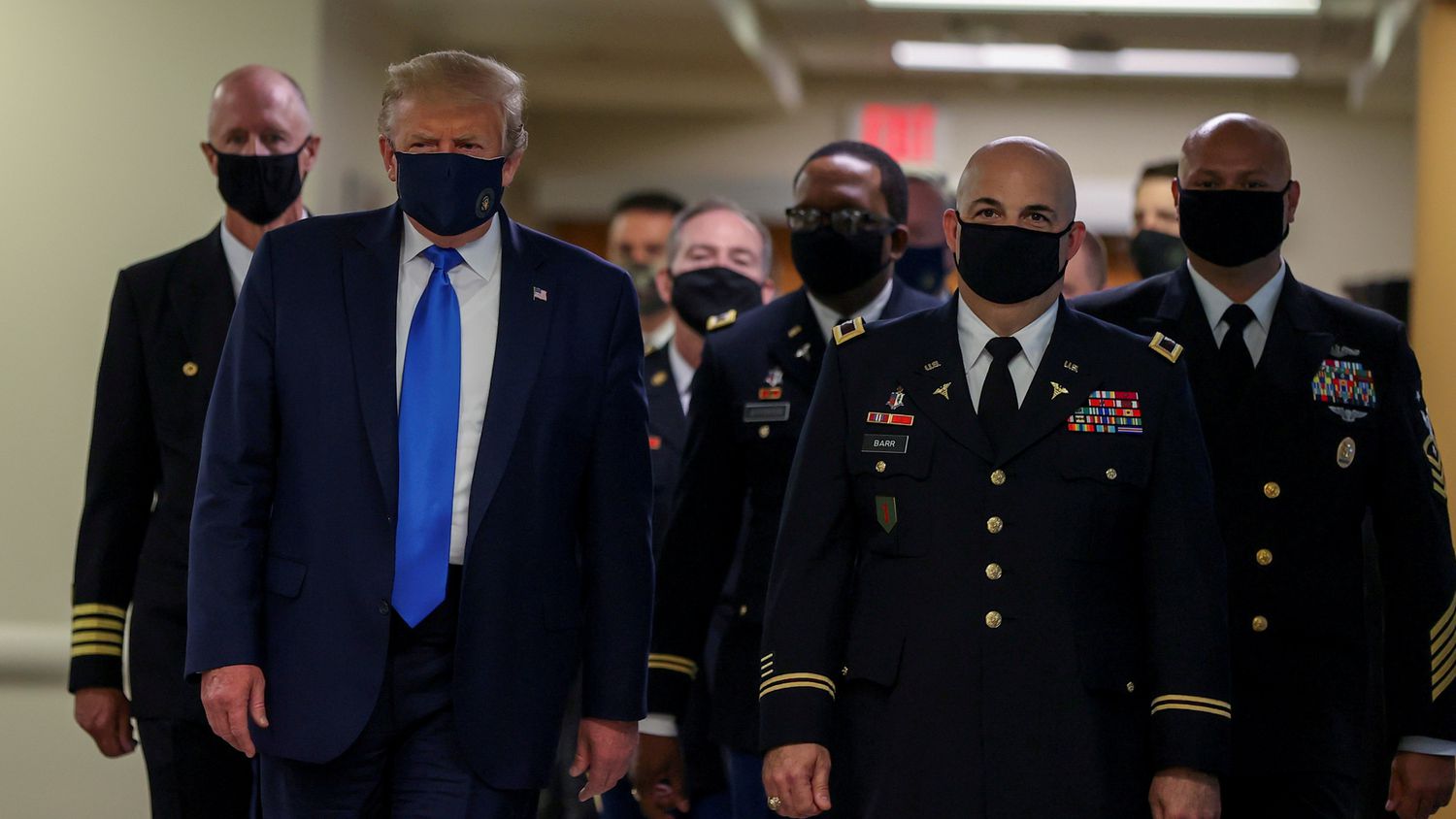 President Donald Trump is wearing a mask and recommends wearing one. The reactionary libertarian resistance movement has lost its leader.

He is finally wearing a mask. He has lost a cultural battle, fertile ground where populism divides and triumphs. Infectious disease expert Dr. Anthony Fauci has twisted his arm. Donald Trump is wearing a mask and recommends wearing one. The reactionary libertarian resistance movement has lost its leader. The mask is no longer the symbol of the pandemic war between Republicans and Democrats.

The polls explain the surrender; the president of chaos lost the initiative when the infection began. He wanted to become the commander in chief of a war against the virus – the Chinese virus, to be sure —with daily appearances before the press, while his opponent, presumptive Democratic presidential nominee Joe Biden took refuge in the basement of his home. But Trump was unable to overcome the infection figures and death toll, as well as his own remedial fancies. Three months of silence, and now he’s back with his head bent and tail between his legs, unaccompanied by advisers, following the script of epidemiological orthodoxy to the letter.

He has lost the battle of the masks, but not the war. Trump never gives up on the attack. Now he wants to turn his attention to law and order, a supposed silent majority’s fear of extremism and barricades, the insecurity of elderly people in response to demands that police agencies be disbanded, and the elimination of history about the Founding Fathers. With the economy in ruins, the pandemic out of control, his polls at rock bottom, and the cultural war lost, he needs a real war to aspire to victory. But, as columnist Thomas Friedman pointed out in The New York Times on July 21, he is going to unleash that war inside the United States, since he cannot do it outside.

Anti-racist protesters in cities like Portland, Chicago, New York, Philadelphia or Detroit are the enemy. The excuse is the protection of federal buildings and monuments and statues threatened by the Black Lives Matter movement. The means are border patrol officers, customs agents and National Park Service guards, who Trump deployed on June 1 in Washington’s Lafayette Square, where he posed for photographs with a bible in his hand after police cleared the area of protesters.

It is hard to find any legal grounds for creating such an unusual police force comprising different agencies, a police force that encroaches on local and state jurisdiction and, for the first time, constitutes a federal police force for public order. This notion is totally alien to the Republican federalist ideology. The White House is taking inspiration from the worst initiatives of its predecessor, former President George W. Bush, such as the creation of a Department of Homeland Security, the declaration of a global war on terror, and legal memoranda about the extension of presidential powers authorizing torture and indefinite detention. With or without a mask, the growing fears that Trump is provoking about the future of democracy do not appear to be unfounded.

About Charlotte Holmes 53 Articles
Originally from the UK, I now live in Houston, Texas, with my husband, who grew up here. I have a Bachelor of Arts Degree in French and Hispanic Studies from the University of Birmingham in the UK, and a Master’s Degree in Spanish Literature from La Universidad Complutense de Madrid in Spain. I am passionate about many aspects of Hispanic culture, including Spanish cinema and TV shows, Latin dance and tres leches cake. Having spent over ten years as a teacher of languages, I am now pursuing another of my lifelong interests: translation. I am thrilled to be working on such an exciting and worthwhile project as Watching America.