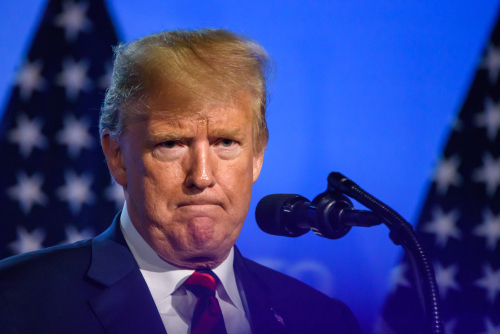 The withdrawal is now official. On Tuesday, July 7, U.S. President Donald Trump announced the procedure for the United States to pull out of the World Health Organization (WHO), blamed for its delayed reaction to fight against the COVID-19 pandemic. The United Nations confirmed it has received the letter announcing the American withdrawal.

Admittedly, the world is now used to the diplomatic stunts from the current host of the White House, as demonstrated: withdrawal from the Paris Climate Agreement and from UNESCO in 2017; withdrawal from the Iran Nuclear Agreement signed in Vienna and from the SALT Agreements on nuclear weapons in 2018; withdrawal from the Open Skies Treaty in 2020 among others. But an opposition to multilateralism in principle cannot alone fully account for this Trump decision. For historians Jean-Paul Gaudillière and Christoph Gradmann, America’s choice is also linked to long-standing divergent views on governance and practices at the WHO.

In an op-ed published in the daily Le Monde, Gaudillière and Gradmann recall that at the outset in 1948, America only reluctantly made the choice to join the WHO, seen primarily as a bureaucratic tool. With the return of the USSR and its satellites in 1955, the institution quickly found itself at the heart of the Cold War. America considers, then, with mistrust, an institution in which the Western world seems to become quickly underrepresented.

Ironically, and as Pierre Haski shows in a documentary produced in June 2020 and available on arte.fr, it is in the first decades of the Cold War that the WHO carried out its most ambitious projects. Indeed, Soviet and American doctors collaborated and took part in the worldwide eradication of smallpox, one of the most deadly viruses of the 20th century.

This relative mistrust is about to become a full-blown opposition. During the Alma-Ata Conference in 1978 the WHO endorsed a declaration perceived as a direct attack against the United States.

Put together under the influence of socialist countries and nations of the southern hemisphere, this resolution stipulated that “primary health care” should be viewed as a means to achieving an objective of “development in the spirit of social justice.” This was a text that clearly clashed with the American and liberal view of the health care system.

This resolution undoubtedly left its mark. With Ronald Reagan’s rise to power in 1980, the United States drastically cut its contribution to the institution’s budget, at a time when the world was facing the AIDS epidemic.

To enable the United States to return, the WHO accepts to profoundly revise its financing mechanism. From then on, contributions by member states represent only 20% of its resources, while the rest is reserved for “voluntary contributions.” Yet, ironically, this new operating model allowed China to increase its influence within the institution throughout the 2000s and 2010s.

In a more insidious manner, other private actors succeeded in upending the WHO’s agenda. Take, for example, the contribution of the Bill and Melinda Gates Foundation, which allowed the organization to focus its efforts on eradicating polio.

The private sector’s involvement is sometimes criticized, especially by Philippe Douste-Blazy, former French minister of health and former undersecretary general of the United Nations. Interviewed for the documentary entitled “China-US: The Fight for WHO,” Douste-Blazy believes that, while the goal of eradicating a disease is laudable, the agenda of an institution cannot at the same time be dictated by a private donor.

2020: “The Scourge of Unanimity” at the Core of Dysfunctions

While we acknowledge that the dynamism of the Bill and Melinda Gates Foundation did contribute to crucial successes for public health, in any event, this game of influence still promoted institutional paralysis. So, for Douste-Blazy, the increasing power of Beijing over the past few years led to the “scourge of unanimity” within the executive board. Concretely as a result, the authorities, for fear of upsetting Beijing, refused to make decisions likely to antagonize the People’s Republic of China — a state of affairs that wasn’t without consequences in the management of the COVID-19 health crisis. By contrast, within the World Health Assembly, the decision-making forum of WHO, “one country, one voice” is the principle being questioned. While it is “by far the largest contributor” to the WHO, the United States has always felt that “its influence was not commensurate with its contribution,” note Gaudillière and Gradmann.

What are the consequences for the future? First, we must know if the American pullout will indeed happen. A spokesperson for U.N. Secretary-General Antonio Guterres stated that the United States should meet two conditions to pull out of the organization: Abide by a one-year delay and meet its financial obligations. Yet, Joe Biden, the presumptive Democratic candidate currently ahead in the polls, indicated that he would reverse this decision by President Trump, should he win in November.

In any event, Gaudillière and Gradmann urge Europe and the member states to tackle the issue by reinvesting in the institution. The conclusion of this long op-ed sounds like a call to action: “failing that, we’ll have to stop complaining about the United States turning its back and China performing as a solo player.”