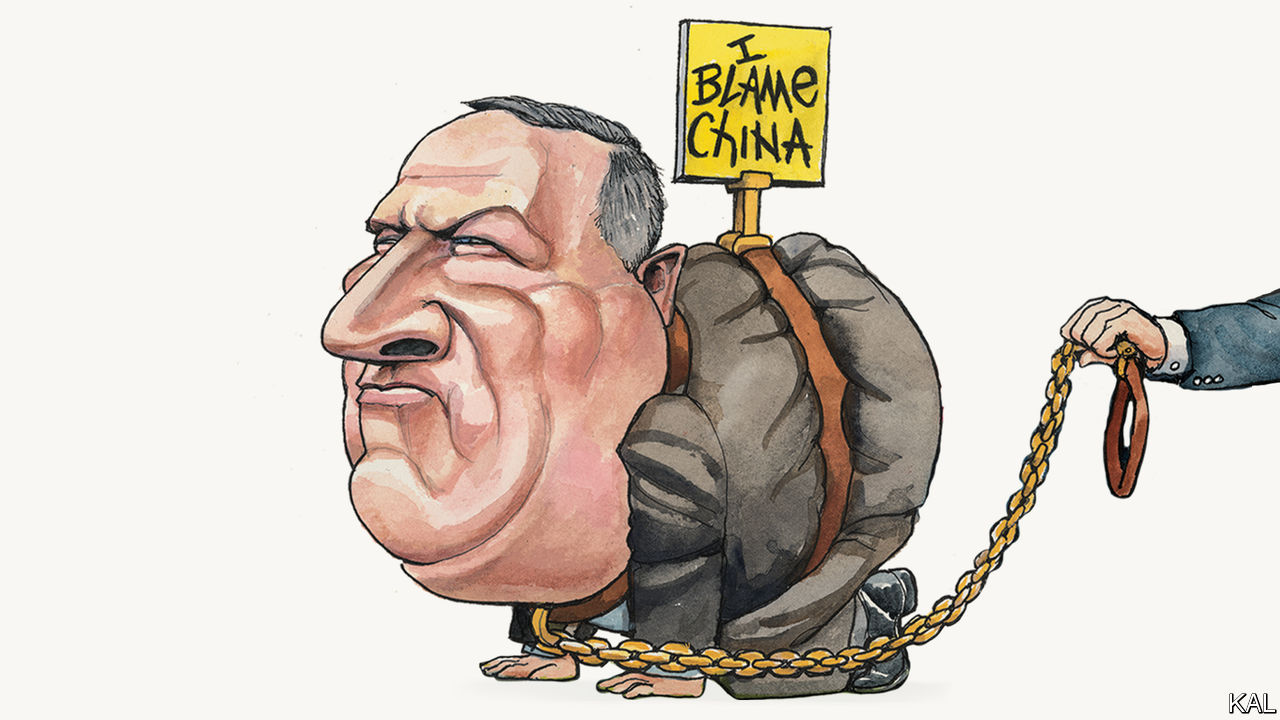 The leader of the anti-Chinese camp, Secretary of State Mike Pompeo, recently delivered a speech directed at China. The speech is quite redolent of the Cold War era. Pompeo claimed that the engagement strategies of the U.S. with China have failed and that, in the future, China should be treated with a “distrust and verify” approach. He also proposed that all nations around the world should unite and “induce [China to] change.”

It is worth noting that Pompeo’s speech has been the most densely packed statement regarding the U.S. policy toward China in recent months. Pompeo was full of anti-Chinese sentiment, cold war thinking and ideological prejudice during his delivery. This speech might indicate a huge change coming to the U.S.-China policy.

While the world is busy fighting COVID-19 and preparing to reboot the economy, Pompeo is busy spreading hate and inciting conflict. These behaviors, however, are in line with his persona as the worst secretary of state in history. For a long time, Pompeo was relentless about the “China threat.” Regarding his declaration of “cold war” on China, we found seven traditional Chinese idioms that we think are perfect for describing this character.

First is Ban Men Nong Fu (班门弄斧), meaning to make a fool of oneself by showing off one’s amateur skills in front of an expert. Pompeo chose to deliver his speech at the Richard Nixon Presidential Library and Museum on purpose – he really thought this through. Nixon was the icebreaker of the Chinese-American relationship. About half a century ago, it was Nixon and many others who made the political decisions to relax the tension between the U.S. and China, and contributed greatly to the containment of the threat of the Soviet Union and the maintenance of global stability. Now, Pompeo, a disgrace who is trying to undermine the Chinese-American relationship and all the engagement strategies built by Nixon and others is seeking to bring big changes to the international order. How he has overestimated his capabilities!

The second is Gui Hua Lian Pian (鬼话连篇), meaning to speak nonsense and lies. Pompeo keeps reiterating clichés. “China took advantage of the U.S. while the U.S. resurrected China’s failing economy.” “China is seeking global hegemony.” “China poses a threat to the U.S. and the free world.” Blah, blah, blah … Pompeo disregards facts and confuses right and wrong. These claims are just a hodgepodge of political lies about China that were recently made up by American politicians. Pompeo has always glorified lying, deception and theft. He has no credibility at all. [Suzanne DiMaggio], in Vanity Fair, recently made a sharp assessment of Pompeo: “His credibility is so diminished, any statements he makes are met with skepticism.”

The third is Dong Shi Xiao Pin (东施效颦), meaning to imitate someone but to have the opposite effect. Pompeo’s attempt to pit “the free world” against communist China is probably his version of Winston Churchill’s Iron Curtain speech. Indeed, many interpreted Pompeo’s speech as a declaration of a cold war on China and a new Iron Curtain speech, but his imitation is so bad.

Fourth, Pi Fu Han Shu (蚍蜉撼树), meaning to overrate one’s own strength. A spokesman for the Chinese Ministry of Foreign Affairs issued a statement about Pompeo’s speech. “He wants to portray himself as the [John] Dulles of the 21st century and launch a new crusade against China in this globalized world. What he did is a literal representation of the idiom ‘Pi Fu Han Shu.'” Pompeo’s attempt to provoke opposition between the Chinese people and the Chinese Communist Party is even more self-defeating. The prestige of the CCP is possibly beyond the reach of all successive American governments. A recent report released by Edelman, a world-renowned public relations and marketing consultancy firm, shows that the Chinese government scored as high as 95% on the Edelman Trust Barometer, while the U.S. government only scored 48%.

The fifth is Qian Lü Ji Qiong (黔驴技穷), meaning to exhaust one’s limited abilities. Richard Haas, president of the Council on Foreign Relations, did not show mercy when he criticized Pompeo, saying that when Pompeo declared the “failure” of engagement strategies with China, “his misrepresentation of history and his failure to suggest a coherent or viable path forward” were also clear as daylight. It is safe to say that Pompeo has been speaking without thinking. He vents his dissatisfaction with China without proposing a viable strategy on the China issue. In that sense, he is very much like a “troll,” attacking China without a bottom line.

Sixth, Shi Dao Gua Zhu (失道寡助), meaning those with an unjust cause find no allies. The current U.S. government has been implementing an “America First” policy; it is a bully that promotes unilateralism and protectionism. The U.S. has long lost the trust of the global community. The recent ineffective response of the U.S. government to the COVID-19 pandemic and the recurrence of racial discrimination incidents have brought the U.S. down from its pedestal, ruining the images of “the city on a hill” and “the beacon of the world” that it had created for itself. Pompeo’s attempt to piece together an anti-China alliance is destined to be ill-supported. Robert Zoellick, the former deputy secretary of state, has a clear understanding of this situation, stating: “The New Cold Warriors can’t contain China given its ties throughout the world; other countries won’t join us.”

Finally, Yi Chou Wan Nian (遗臭万年), meaning to leave a bad name that will long be remembered. In the era of globalization, the interests of all countries are deeply intertwined. People prefer cooperation rather than conflict. In order to maintain U.S. hegemony, to get votes and to realize his political ambitions, Pompeo has led the Chinese-American relationship onto a path of no return by pitting the two countries against each other. He has proven, with his words and actions, that he is a troublemaker in the global community and the greatest destroyer of stability and peace in the world. If Pompeo does not stop what he is doing before it is too late, he will definitely leave for himself a bad reputation in history.