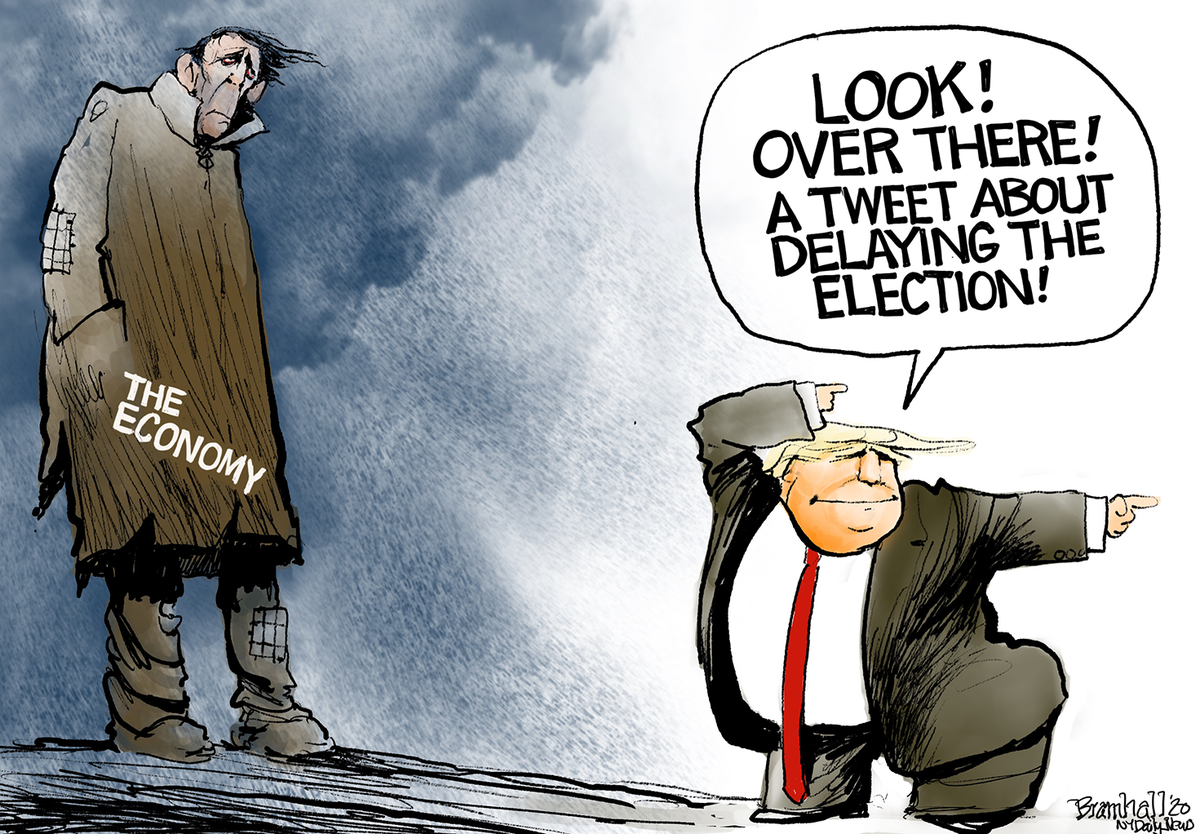 Trump’s proposal to postpone the election is a political maneuver to shift attention from the economic disaster, disrupt the campaign and begin to instill in Republicans the idea that the election will be fraudulent due to mail-in voting.

It isn`t surprising that President Donald Trump has proposed postponing the election, considering that he is at least eight points behind Joe Biden in national polls and is also at a disadvantage in battleground states. Neither is it surprising that he rants on Twitter that mail-in voting will be imprecise and fraudulent. Even less surprising is that he suggested delaying the election only minutes after announcing a 9.5% decline in the gross domestic product when compared to the first quarter.

The president uses distraction to attack American democracy, knowing that he does not have the power to postpone an election; that power rests with Congress. Furthermore, never has an election not been held on the first Tuesday of November, not even during the Civil War or World War II.

This time, Republicans openly challenged the president’s new attempt to diminish the legitimacy of the election. According to a count from The Washington Post, the president has criticized mail-in voting at least 70 times since March. It’s good to remember that the president himself voted by mail in the previous election.

The catastrophic failure that Trump predicts on Nov. 3 has no basis, but indicates that the election will be turbulent. The president disrupts the process whenever he does not pledge to recognize the result of the voting. That was what he promised in 2016, when he consistently claimed the election would be stolen. That is, until he won and never mentioned it again.

This time, the loser’s whining has begun much earlier, 96 days before the election, apparently as a political maneuver to instill in Republicans the idea that the election`s result will be invalid.

“If he believes that, he should reconsider his participation and let someone run who isn’t looking for an excuse to blame for defeat,” an editorial in The Wall Street Journal stated.

It is also very symbolic that the proposal to postpone the election was relayed by the current occupant of the White House on the same day that three former occupants, Bill Clinton, George W. Bush and Barack Obama, spoke very clearly in their eulogies for Rep. John Lewis of the imminent threat to democracy and social justice in the United States. By repeating the narrative of fraud so much, Trump has clearly isolated himself.