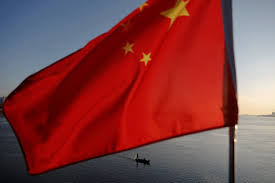 The United States shut down a Chinese consulate in Houston, Texas that was serving as a hub for activities such as espionage and intellectual property theft. In retaliation, China closed down the U.S. consulate in Chengdu, Sichuan, which has led to an unprecedented situation of shutting down mutual diplomacy.

In a speech given by U.S. Secretary of State Mike Pompeo about the Trump administration’s policy toward China, he sent a message about the situation. His remarks seem to be a declaration of full-scale confrontation with China.

Pompeo remarked that the Chinese Communist Party is “[exploiting] our free and open society,” and he warned that “General Secretary Xi Jinping is a true believer in a bankrupt totalitarian ideology” with “desire for global hegemony of Chinese communism.” He further emphasized that the “free world must triumph over this new tyranny.”

His assessment is correct.

All democratic nations, including Japan, must share a sense of impending danger, and protect our sovereignty and national interests, our freedom and rule of law.

The important point is that Pompeo urges that necessity of building “a new alliance of democracies” to oppose China.

China has turned a deaf ear toward the Group of Seven major industrial nations’ leadership’s concerns about its increasing control over Hong Kong, among other issues. It completely ignores complaints about its unlawful effective control over and militarization of the South China Sea. On the other hand, through covert economic power, the West is working to establish a majority position of influence on the international scene, by securing footholds in distant powerful countries, poor and developing nations that are seeking assistance, and even in international organizations.

Democratic nations with the same common values must unite to crush China’s “desire for global hegemony.” The U.S. would be the most likely leader of such a new alliance.

In that case, President Donald Trump should personally lay the proper groundwork, raising the many issues related to China, and appeal to each country to form this union to deal with China. At the end of May, in a speech criticizing China’s strengthening of control in Hong Kong, Trump displayed a steadfast stance of all-out confrontation with China.

There is some doubt about Trump’s leadership skills to rally democratic nations, and his ability to take initiative in G-7 and the international stage. On that point, he must change his stance of disdain towards alliances that he has thus far held during his administration.

Japan has a deep relationship with both the U.S. and China; it cannot avoid the consequences of increased antagonism between the two countries. Neighboring democratic countries that are vulnerable to China’s threat must seek to be ready to cooperate with the U.S. in facing the menace.