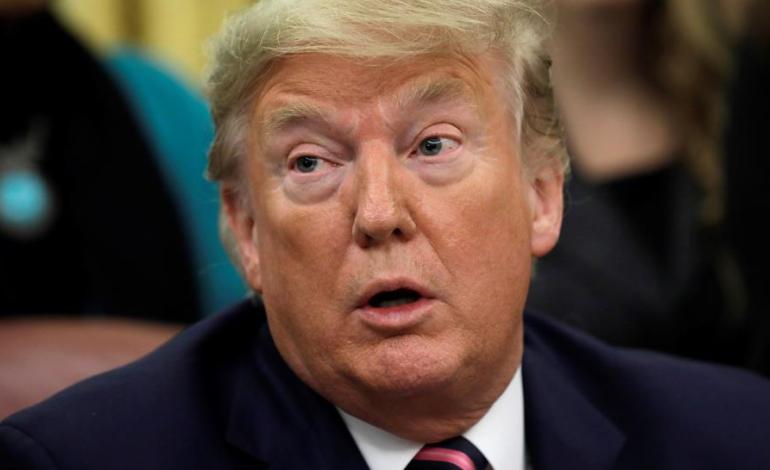 President Donald Trump’s comment about the possibility of postponing the date of the U.S. presidential election shows us yet another authoritarian aspect of his personality. The idea of bringing forward or postponing the century-old first Tuesday in November election date because of his precarious position in the polls is reminiscent of former Venezuelan President Hugo Chavez, who postponed the presidential recall referendum—which, by law, should have taken place between October 2003 and August 2004, simply because his poll figures were not looking good. It also recalls when his successor, Nicholas Maduro, brought forward the 2018 presidential election because he knew that his government’s disastrous economic policies were going to cause his already scant electoral support to deteriorate further (he would have lost 79% to 21% if there had been a massive voter turnout), which is why he took advantage of the opposition’s disunity and created the worst possible electoral conditions: the imprisonment and disqualification of possible opposition candidates, so-called red points, opportunist propaganda and unrepresentative international observers, among other things. This was done to encourage abstention; the same thing he is doing now.

It is therefore worth looking into the characteristics of authoritarianism and its consequences in order to identify how much harm they do us.

A previous article, titled “Trump and Chavez,” which was published in this very column on Aug. 8, 2016, stated that “superficial analyses placed Trump and Chavez in opposing positions…” as far as their so-called right and left economic stances go. But when comparing their political stances and respective personalities, spine-chilling similarities can be found: both are extremists in their respective economic stances; both polarize sociopolitical relationships by establishing a “with me or against me” frame; both point to and blame other social groups for society’s ills—just as Hitler did with the Jews, Trump blames the Mexicans and the Chinese, while Chavez and Maduro do the same with business owners, capitalism, the Colombian oligarchy and the U.S.; both demand automatic loyalty and vertical submission from their subjects; and both govern by creating institutional chaos through the hiring and firing of their supposed collaborators under a regime of uncertainty and fear. Read “The Room Where It Happened; A White House Memoir,” by former National Security Advisor John Bolton and Pedro Pablo Peñaloza’s “Chavez is Defeatable.”

But the worst thing of all is that the characteristics that make up the profile of an authoritarian personality tend to destroy institutions and people.

Authoritarianism destroys institutions because the essence of these lies in the observance of the agreed and respected rules of play; authoritarianism, on the other hand, imposes or changes the rules according to individual criteria or personal interests. In other words, authoritarianism destroys social capital, which is based on a socio-political process driven by participatory leadership with the objective of defining the group’s objectives and the way to achieve them, then allocating responsibility and benefits according to the abilities and efforts of each person. Trust arises from the conviction that what is agreed will be fulfilled. But authoritarianism is not based on what is agreed, nor does it allow the creation of expectations.

At the individual level, authoritarianism subjects the dominated people to the unexpected because they are unaware of “what is going to happen.” This means that any private initiative is high risk and may be punished. This is why the least depraved seek a high return from any of these initiatives, greater than what would be expected if there were legal stability. In the worst-case scenario, “know-who,” rather than know-how, is applied, in the hope of obtaining privileges and even corruption. These degenerates regard honest people as fools, another set of principles with its own rationale. The worst consequence of authoritarianism at the individual level is that, since the rules of the game are unknown, everyone distrusts everyone else and comes to the conclusion that they must save their own skin. This is precisely what the authoritarian actor needs in order to continue to be one: division among their subjects.

Not until we understand how to rescue the individual, pluralist groups, and freedoms from the autocrat without falling into the chaos of unbridled individualism or the idea of “every man for himself” will we get out of the chaos. Our problem is not that we are becoming poorer economically, but that we have never been rich in social capital, or rather, in autonomy and individual responsibility balanced with social responsibility.