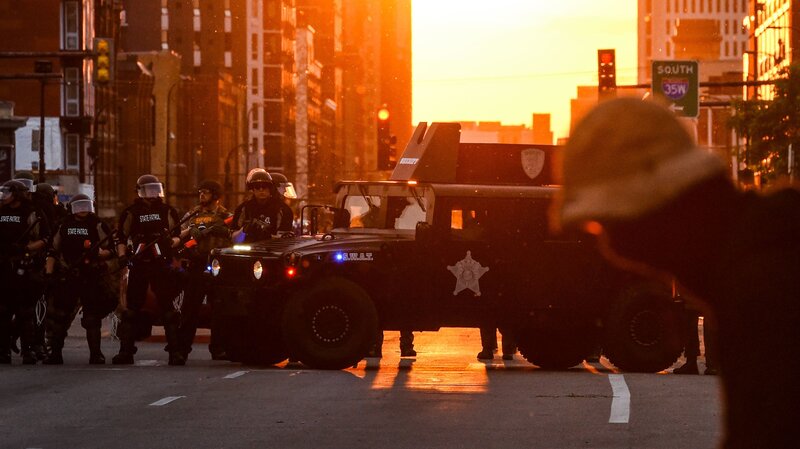 The political climate in the United States in this election season is characterized by the recent government initiative to send federal troops to several cities such as Chicago, Albuquerque, New York and Philadelphia to help combat the increase in crime, as in the case of Portland, where there has been persistent racial and political tension. In Mexico, it would be a normal proposition, considering the high crime rate and the need for federal support. In the United States, however, it is controversial, given that it raises constitutional questions. In addition, most of the cities mentioned above are governed by Democrats and the acts of violence are associated to a great extent with demonstrations over the death of George Floyd, an African American man, on June 1, 2020. This links the demonstrations to a demand for civil rights.

The federal government intends to mobilize at least 100 officers from Homeland Security Investigations, which normally carries out investigations into drug trafficking and the exploitation of children, and intends to mobilize personnel from the FBI, the U.S. Marshals Service, and the Bureau of Alcohol, Tobacco and Firearms. There is also a history of the executive branch seeking to utilize the military to discourage protesters.

The issue of federal involvement in the cities has been contentious in the United States because of the presidential election and recent history of racial discrimination. As a result, the challenge for the government is to distinguish between criminal violence and social demonstrations, and to strengthen federal coordination in cases that might originate, for example, in border security. In this case, coordination is crucial for U.S. border cities, given that the closure of the border was contributing to the risk of contagion from migrants, according to the Centers for Disease Control and Prevention. On the basis of this, the border with Mexico has been closed since March to Mexican tourists during a vacation season, which is affecting business on the U.S. side of the border. Everything indicates that the closure could continue until September. In this case, negotiation, participation and joint planning with the federal government in the areas of health, the economy and border business is key, both for economic and electoral reasons. A closure of the borders with Mexico and Canada in the context of the election and the obvious economic effects will not be very helpful to the Republican Party.

Because of this, it is necessary to reiterate the relevance of binational and cross-border collaboration on health issues. This was quite successful in 2009 with the H1N1 flu, but joint planning and coordination against COVID-19 is very limited today. This is one of the reasons, among others, for the large number of cases (96,843 as of July 24) on the U.S. side of the border. Thus, about 24% of the total number of cases nationwide (4.2 million) have been concentrated along the border. One of the factors there would be the approximately 250,000 transient migrant workers who regularly cross over to work in the United States and return to Mexico, as well as the U.S. tourists who continue to cross into Mexico since March, with limited cross-border sanitary protocols. The short-term economic future of the Mexico-United States border will depend on strengthening cross-border collaboration on health issues. Thus, the supply chains would also benefit from a secure border.

Another controversial case of federal involvement occurred with sanctuary cities, where most of the immigrant population in this country without documentation is concentrated. Recently (on June 15) a legal challenge ended with the decision by the United States Supreme Court affirming California law that prohibits the police from aiding immigration authorities in detaining immigrants in the U.S. without documentation, making the arrest and detention of immigrants the sole responsibility of the federal government. Thus, the Supreme Court reaffirmed that the federal government, and not California, has the right “to establish the conditions under which foreigners in this country can be detained, released and expelled” from the country. The federal government challenged SB-54, known as the “California Values Act,” which was enacted by California in 2017 to protect immigrants. In the opinion of the executive branch of the federal government, this law violated the Constitution because it attempted to preempt federal legislation. Due to this litigation which lasted approximately three years, there has been no mass expulsion of migrants to Mexico.

In sum, litigation filed to maintain the balance of powers among the branches of government continues to set the standard for American democracy in the context of the pandemic.

About Tom Walker 203 Articles
Before I started working as a translator, I had had a long career as a geologist and hydrologist, during the course of which I had the opportunity to work on projects in Mexico, Chile, and Peru. To facilitate my career transition, I completed the Certificate in Spanish-English Translation from the University of California at San Diego. Most of my translation work is in the areas of civil engineering & geology, and medicine & medical insurance. However, I also try to be aware of what’s going on in the world around me, so my translations of current affairs pieces for WA fit right in. I also play piano in a 17-piece jazz big band.