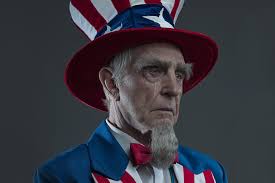 The French city of Sevres is home to the International Bureau of Weights and Measures. Standards of time, mass and length are stored there. But the standard of democracy is stored elsewhere − in Washington, D.C. With this benchmark, the U.S. government compares the state of affairs in various parts of the world. In the event that a particular country is found in noncompliance with the standard, one can apply various measures − diplomatic, economic or military.

The most important part of democracy is that once you wind it up, you don’t have to wind it up again. The clockwork of an election, the rhythmic actuation that serves as a signal to the world: In the U.S., democracy is just fine; the clock is ticking, so relax.

If it were established that presidential elections should be held every leap year, on the first Tuesday in November following the first Monday in November, then no other day would be appropriate. Not the second Thursday in December, nor the third Friday in March. Should the clock fail, the reputation of the United States as the standard of democracy will be compromised.

Indeed, neither world wars, nor devastating hurricanes, nor economic crises have ever broken this pattern. This is both the pride of the American political system and proof of its stability. Hence, it’s clear what a scandal the timid proposal by Donald Trump to postpone this year’s election turned out to be, even though he soon disavowed this proposal in part, and despite the fact that, according to the Constitution, he, of course, doesn’t have the authority to do this.

The clock is still ticking, but the cuckoo is calling. His opponents consider Trump to be a voluntaryist* and, on principle, do not listen to his arguments, yet his arguments are not entirely arbitrary. We remember the circumstances of the 2000 election. The political system in the U.S. was drawn into an endless orgy of recounts, and as a result, it took 35 days after the election to find out if Al Gore or George W. Bush was the winner. In the context of the COVID-19 pandemic, when face-to-face voting is becoming dangerous to one’s health, and state authorities are urgently expanding the practice of voting by mail, Trump fears that it will take months, and possibly years, to determine the final results. It may also happen, he says, that the country will never know the winner.

Judging by the intensity of the political struggle this year, it can be expected that the results will be contested wherever possible. In fact, delaying vote count would be tantamount to postponing Election Day, and the uncertainty of the results may lead to the fact that the next president will be determined not by the votes of citizens, but by pressure that political parties put on the electoral process − precisely along the lines of the Velvet Revolution. It’s clear to impartial observers that this will greatly affect the legitimacy of the election. And this is all the more clear to Trump as a person who’s no stranger to show business.

Election of the head of state is not only a way to determine the will of the people, but also a spectacular civic ritual., which requires clarity. It’s like celebrating New Year’s Eve. Everyone in the room has to raise a glass with the last chime of the clock; otherwise, the annual ritual of welcoming the new year will be ruined. When the citizens of a huge country come to the polls on one day, the whole nation anxiously awaits the results. Television experts argue and make predictions. Someone shouts, “America, you’re crazy!” It’s a good show. And when people mail in their ballots at different times, and those votes required an extended period to count, it makes for a bad show. And the inner Konstantin Stanislavski renders the verdict, “I don’t believe it!” *

The ritual of elections in the republic led by a president replaced the infamous formula of absolute monarchy. “The king is dead, long live the king!” It’s important that there’s not a large time gap between the two parts of this proposal. If the former king has died, and the person meant by “long live the king” is unclear, a dangerous power vacuum arises.

But procedural ambiguity and the erosion of ritual are not the only things confounding the upcoming American election. We could talk about how the meaning of elections has evolved under the influence of changing circumstances − and this might not only affect the United States.

In Soviet times, the electoral process in Western democracies was described as “elections without choice.” It was said that the two parties were arguing among themselves but there was no difference between them. Let’s say some members represented the greater bourgeoisie, and others the middle class, but in essence they were the same. In the 90s, when our newborn political elite tried to prevent “red revenge” from stopping the “course of reforms,” this idea was turned completely inside out. Completely free elections are only possible when society has decided on a basic course, and the question of a country’s development must be decided not in an election, but in some other way. “You don’t change horses in midstream.” The powers that be persistently reiterated this approach against the backdrop of continuous economic downturn.

This period of our history is just right for the Trump people and Joe Biden people to study. When the general direction of development is accepted by voters by default, choosing between nuanced distinctions not be beneficial, but it won’t hurt. When there is such a nontrivial choice that the average voter is unable to assess its consequences, elections turn into roulette − and it had better not be Russian. Perhaps the United States is now facing such a choice, because behind the creative fireworks of Black Lives Matter, it is difficult to see how the American civilization matrix is being transformed as a result of the victory of these ideas.

But elections become completely absurd if neither voters nor political leaders themselves have little idea of what they imagine for the future and the desire with respect to the consequences of specific actions. It’s called the blind leading the blind. The global COVID-19 crisis provides us with an example of a situation in which no political force knows what to do. There is literally no such party. The Democrats and their mouthpiece CNN constantly scold Trump for his inadequate response to this crisis, but they have nothing to offer themselves. The upper classes cannot offer anything, the lower classes do not want to, yet at the same time, something must be done. When you fall outside the comfort zone, you awaken instincts that were previously suppressed by the developed political culture.

These involve limiting civil rights, total surveillance and usurpation of power. Coincidentally, Trump proposed postponing the election on the same day his secretary of state, Mike Pompeo, again lectured China − this time for plans to postpone the Hong Kong election under the guise of the pandemic. Now, if other countries refer to the pandemic, wanting to correct or completely stop the electoral process, the Americans will no longer be able to oppose them with the same confidence.

This year, many people have a feeling that the COVID-19 crisis is only the first stage in a whole era of global turbulence. In such eras, routine political mechanisms have become helpless and the “sovereign” enters the scene, according to Karl Schmitt.*** This author is mentioned more often than all other political philosophers this season, and for good reason. But the prospect of such a change in the United States is of particular importance to us. If democratic values are being devalued in this country, what values will the current American economy and military machine uphold? Let’s say it stops forcing the world into democracy, and many countries breathe a sigh of relief. It remains to be seen exactly what America will force us to do.

**Editor’s note: Voluntaryism, also known as voluntarism, is the belief that all interaction should be voluntary and, by necessity, free of external coercion.