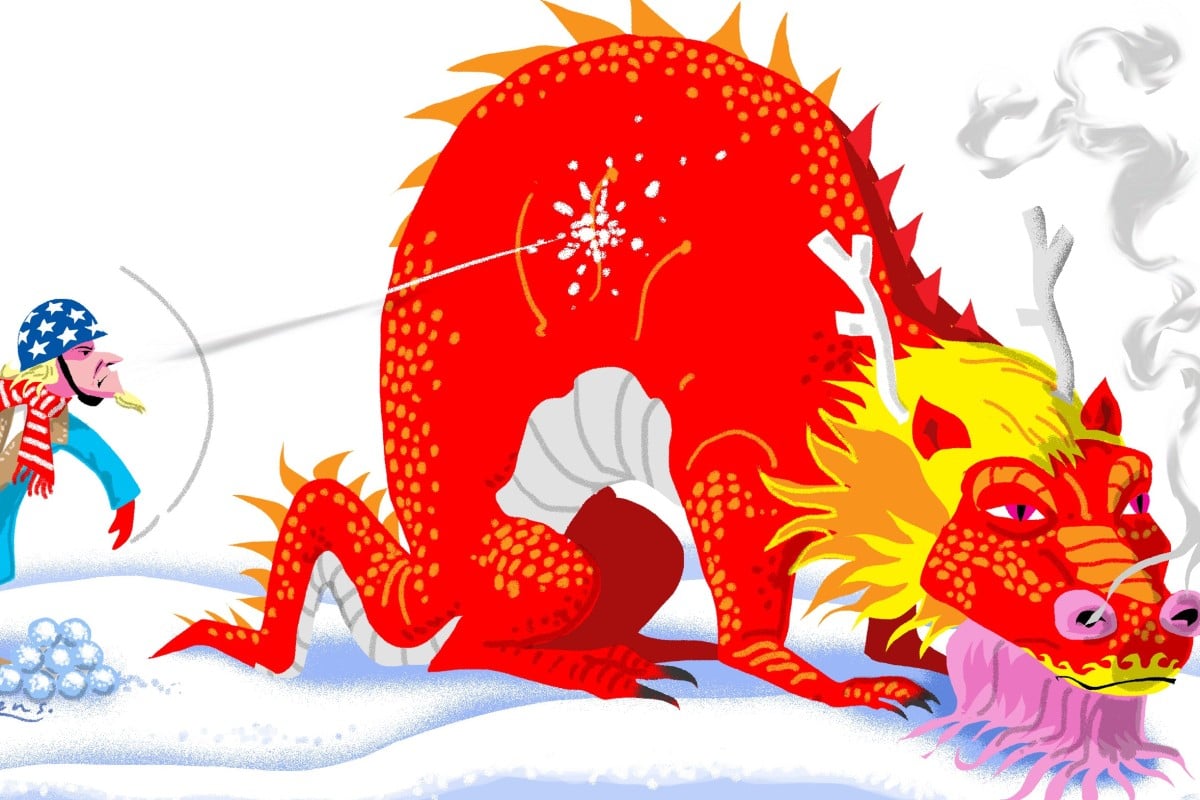 In an exclusive interview with Xinhua News Agency on Aug. 5, the state councilor and foreign minister of China, Wang Yi, exposed a conspiracy by anti-China politicians in the United States:

“China-US relations are facing their gravest challenge since the establishment of diplomatic ties, and once-friendly exchanges and cooperation in many areas are being seriously disrupted. The root cause is that some American politicians who are biased against and hostile to China are using their power to smear with fabrications and impede normal ties under various pretexts. What they want is to revive McCarthyism in an attempt to undermine U.S. relations with China, stoke hostility between the two peoples and erode trust between the two countries. Ultimately, they want to drag China and the U.S. into renewed conflict and confrontation and plunge the world into chaos and division again.”

The intention to start a “new cold war” you could say is a mission American politicians have never aborted. According to SCSPI’s news platform, on the evening of Aug. 5, the U.S. Air Force surveillance aircraft E-8C, Joint Star, once again appeared in the South China Sea. It once flew about 109.77 km off the coastline of Guangdong. It was also reported that in July alone, there had already been seven E-8C aircrafts in the South China Sea conducting reconnaissance on the province of Guangdong.

It could be said that the U.S. is picking a fight on someone else’s turf, and, as a result, Chinese Foreign Ministry Spokeswoman Hua Chunying denounced the move as, “pure military provocation, pressure and coercion.”

We are also starting to see more clearly the double strategy being employed by some anti-Chinese politicians. The first strategy is to spread false propaganda by any means possible to instill in Americans the idea that “China is the enemy.” The second is to repeatedly provoke China in an attempt to start a new cold war.

In this double tactic, false propaganda is wantonly disseminated in an attempt to legitimize attacking China, as well as divert American citizens’ eyes away from domestic issues.

The repeated provocations are a futile attempt to force China into confrontation with the U.S., thus falling into the current administration’s carefully laid out trap which would serve the purpose of its reelection and goal to beat China.

Such a strategy has recently become common in the U.S.

Using the South China Sea as an example, we can see that by the middle of this year American aircraft were active in the area about 2,000 times. The U.S. even dispatched a naval ship to intrude upon China’s territory. Secretary of State Mike Pompeo and other politicians deliberately obscured the truth and claimed that China is threatening “freedom of the seas.” They put on a self-righteous front before their citizens and other dignitaries claiming their bitter resentment comes from a so-called ‘Chinese threat,’ while completely disregarding other countries’ sovereignty and the risk of inciting a regional conflict. American vessels repeatedly appear in the South China Sea, even conducting investigations near Chinese territory. Is this really in defense of freedom of the seas?

The U.S. says one thing and then does another. This plot to intentionally create conflict cannot be concealed.

Pompeo’s plan to incite a new cold war between China and America is contrary to the fundamental interests of both countries’ citizens, does not fit with the trend of world peace and development, and is destined to fail. It’s been 30 years since the end of the cold war between the U.S. and Russia and some Americans, in spite of the universal desire for peace and development, are determined to walk in the opposite direction of history. Their determination to pull two powerful countries, China and the U.S., into a new cold war will cause America to steadily lose support for its unjust cause.

Fortunately, China has not allowed itself to fall into the trap set by America’s anti-China politicians. In a recent Foreign Policy In Focus article titled “Trump’s Cold War China Policy Will Isolate the U.S., Not China”, it was noted that, “Tensions between the United States and China are rising … But it is the United States that has initiated each new escalation in U.S.-China relations. China’s responses have been careful and proportionate…”

As it turns out, China has never bowed to the U.S. in the two country’s recent dealings, but has remained firm and rational. Even in the unjustified closing of the Chinese Consulate in Houston Texas, China has not given up on urging the U.S. to create the necessary conditions for a return to normality between the two nations. China’s position has always been clear. In the exclusive Xinhua interview conducted on Aug. 5, Yi pointed out once more that today’s China is not the Soviet Union of the past, and it has no intention of becoming a second United States. However, it will continue down a road that leads to peaceful development. China will continue its unwavering pursuit of a mutually beneficial open strategy, persevere in pushing the world toward peace, contribute to the development of the world, and protect the international order.

How is this kind of China considered a threat? If the U.S. keeps provoking China, more and more people will begin to see through its plan, and it will inevitably stir up backlash.

About Brittany Bradley 7 Articles
Born and raised in Chicago, Brittany Bradley is a Wheaton College graduate with a degree in Chinese language studies. She has spent some time abroad in Shanghai and plans to either return or take up work in Taiwan.