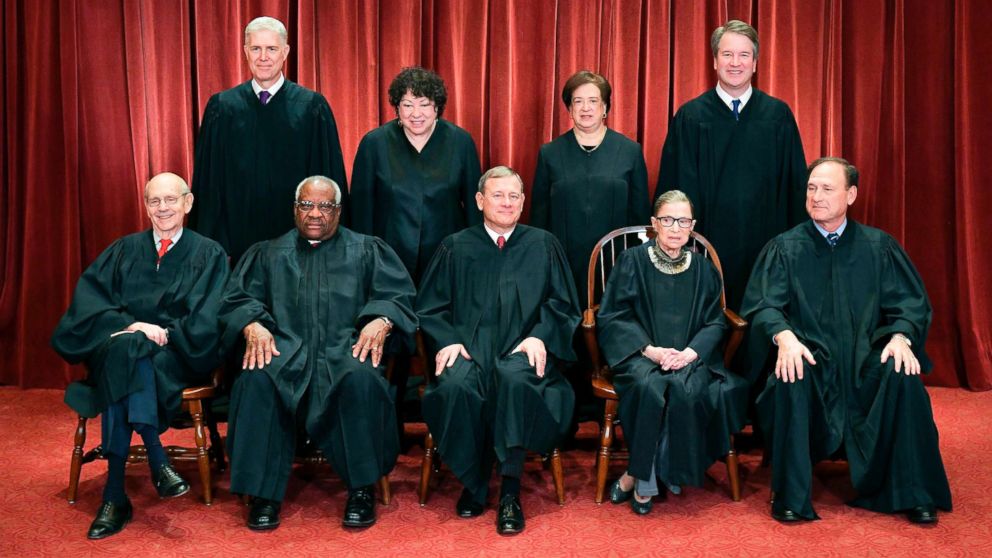 Vice President Pence is right: the Supreme Court has a problem.

It’s the same problem that it has had since 1972. And it has nothing to do with Chief Justice Roberts.

For 48 years, the highest court in the United States has been controlled by members of the same political and judicial family: conservative justices appointed by Republican presidents.

The opposite situation has taken place on the Supreme Court.

Over the course of the last 48 years, conservative justices appointed by Republican presidents have made up the majority of the court. For 48 years!

The most progressive justices, appointed by Democratic presidents, have been in the minority there since 1972.

This anomaly has had significant consequences over the long term, observed American author and journalist Adam Cohen in his book “Supreme Inequality,” published earlier this year. Armed with its five-decade majority of conservative justices, the Supreme Court has slowly pulled the country further to the right than it actually is.

Some examples? It tore several electoral finance reforms to shreds. It ensured, in the name of freedom of expression, that rich donors could spend as much as they want when it comes to elections. It endorsed education funding that favors schools in rich areas (predominantly white) at the expense of schools in poorer areas (predominantly Black).

One or more conservative justices sometimes cross party lines and vote with the progressive justices. Justice Anthony Kennedy played this role until his retirement in 2018. It was he who enabled the right to abortion in Roe v. Wade in 1973, the right to same-sex marriage in 2015 and, more recently, protection of the status of “Dreamers” in 2020.

Many Americans are conservative, and the judiciary should represent this. The problem is that the conservative movement has controlled the Supreme Court for 50 years, while American society has much more nuanced points of view on many of the issues being decided by the highest court in the country.

It’s why progressive Supreme Court Justice Ruth Bader Ginsburg, who will be 88 years old on Saturday, is still on the bench despite her health problems. She does not want Donald Trump to choose her successor.

Is it possible to make the U.S. Supreme Court more representative of American society? The solution exists. It is alive and well in Canada: justices must retire at 75 years of age. But to set a mandatory retirement age for justices in the United States, it would be necessary to amend the U.S. Constitution, which is practically impossible. (It has happened only two times in the 20th century: for the right of women to vote in 1919 and for the right to vote starting at age 18 in 1971).*

So round and round we go. And it does not bode well for American society that it recognizes itself less and less in its Supreme Court.

*Editor’s Note: The Constitution was amended more than twice during the 20th century.