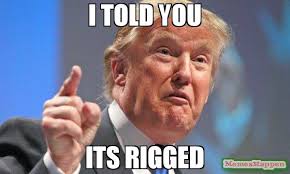 Donald Trump clearly expressed his desire to postpone the presidential elections this year—a dangerous declaration that was not mitigated by the statement from the White House (not from Trump) that the elections will be held on time. The danger does not lie in the idea of delaying the elections, but instead goes much deeper.

Due to the spread of the coronavirus in the United States, most states announced that they intend to conduct universal mail-in voting to protect their citizens from large gatherings that may lead to illness. Mail-in voting means that the state sends a ballot card to their registered voters, which they must fill out and then return by mail. But President Trump questioned the integrity of such elections, saying that they leave the door wide open to fraud. The truth is that there is no evidence of such fraud. Many states, such as Colorado, Utah, Oregon, Hawaii and Washington, have been using postal elections for years without any problems. Furthermore, more states conducted their primaries by mail this year.

The U.S. president has no constitutional or legal authority to postpone the elections. The U.S. Constitution gives each state’s legislature the right to determine how it chooses its electoral college members. However, the Constitution says nothing about the precise day or month of the elections. This task was carried out by Congress which passed legislation on the matter in 1845.

If the president of the United States knows that he has no right to change the election date because it must be passed as law by the legislative branch, then why did Trump suggest such an option on Twitter? The fact is that that question cannot be answered without looking at Trump’s performance in the 2016 election. Questioning the integrity of mail-in voting is just a new variation of Trump’s speech during the 2016 election. That year, throughout the race against Hillary Clinton and even on the last day before the general election, Trump kept repeating that the upcoming election was a “rigged election” and that it would be rigged in Clinton’s favor. Trump’s remarks were sporadic and few at first, and then became more frequent and intense in October—one month before the election. It became the headline of every election rally he held. Trump then refused, as he does today, to say whether he would accept the outcome of the election if he was defeated. Although his vice president in 2016 and his daughter Ivanka assured the media that Trump would “absolutely accept” the result once he was defeated, Trump himself continued to say the opposite until it became clear that he had won the White House. The irony is that after the election, he repeatedly described it as fair and square.

Trump did not start harping on the “fraud” chord this year until polls showed him falling behind his rival. In other words, the goal was as it is today: to delegitimize elections so that he has a weapon to reject the outcome if he is defeated. But the danger in all of this is that a certain portion of his audience takes these statements very seriously and is ready to act immediately with violence if Trump is defeated, since he assured them that it would be rigged. The proof is in their documented statements from 2016 in which they clearly stated that it would be a “civil war” if Trump were defeated. In other words, the outcome of the 2020 presidential election is open to all possibilities, including untold violence.