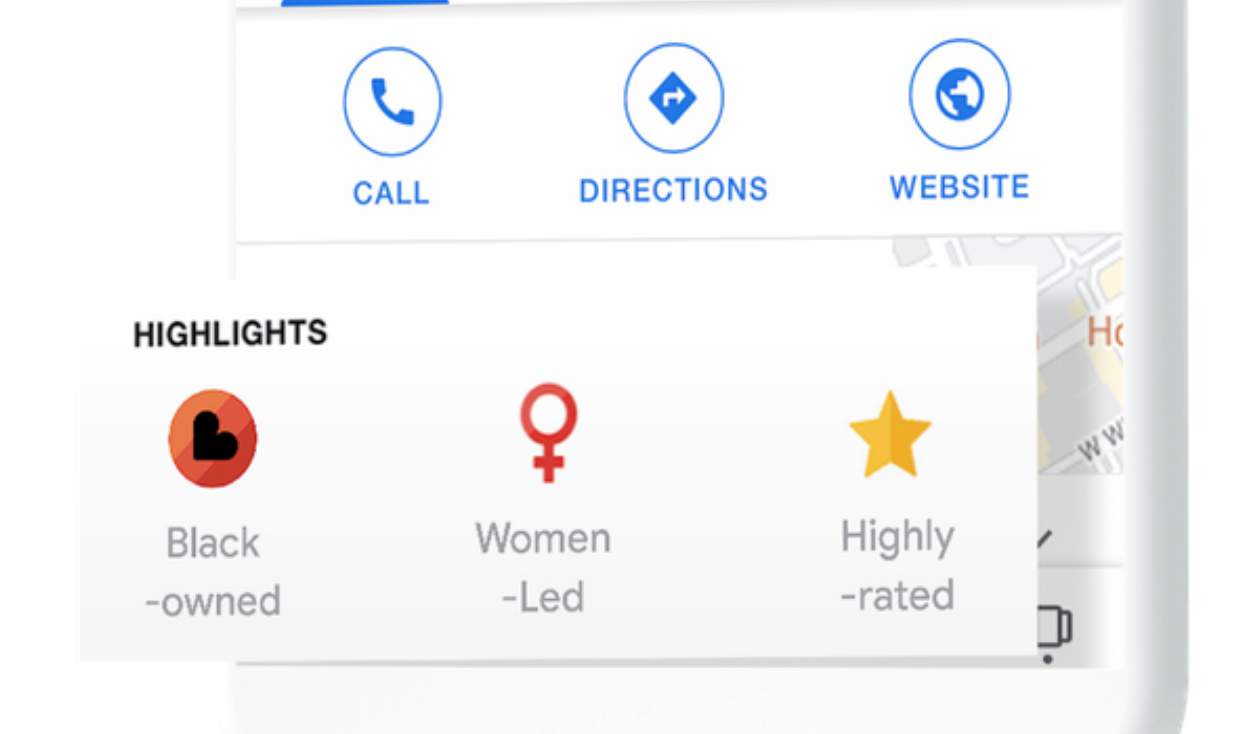 Some kinds of progress seem like regressions and some regressions seem like progress. Is this a matter of viewpoint, context or era? In the United States, Google is going to allow businesses that are “Black-owned” to identify as such with a badge alongside their listings.

A black heart icon will indicate Black businesses in Google searches and in Google maps.

Google’s action appears to be, simultaneously, a tool of community solidarity, although a rather casual one, and a potentially stigmatizing ethnic label.

In terms of solidarity, Google is certainly riding the Black Lives Matter wave. Following the resurgence of antiracist expression over the death of George Floyd, a Black victim of police brutality in Minneapolis, the California giant declared it was responding to a rise in requests to identify Black businesses.

There’s nothing surprising about it, since calls for boycotts of white-owned businesses have been growing in previous years. Such boycotts naturally imply added support for Black-owned ones.

As for ethnic labeling, Google’s defenders claim that it already existed unofficially in a country that many see as highly identity-oriented.

If such demands for identity seem debatable, their appeal to the Black consumer is inoffensive, at least much more so than the cries to close white businesses. In effect, it demonstrates to some extent the deep influence of the Black community on local commerce.

Besides, this initiative is voluntary, with the relevant Black businesses choosing for themselves whether to affix the black heart to their Google search results links; it does not bring back repulsive historic associations between business venues and ethnic identity such as the stigmatization of Jews in Europe or Black South Africans under apartheid.

Does this mean we must slice American society into ethnic pieces, and by extension do the same in Americanized societies everywhere? Google had already created icons that identified businesses as owned by women or LGBTQ+-friendly people. There’s no shortage of issues to consider.

Before they consider the quality-price ratio, will people in the future have to decide between a business owned by a Black transsexual or a Hindu woman? How will Google verify their identities? And what if half the profits of a mini-mart belong to a white person, while the other half belongs to a Black person?

Like affirmative action in education and in workplaces previously, Google’s innovation will surely be temporary in anticipation of a new multicolored world at peace.