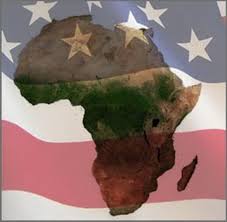 President Donald Trump wants to ban the large Chinese social network TikTok from American soil (and perhaps from the rest of the world) for fear that it is spying on its users’ personal data. This decision is the latest chapter in Washington’s trade war against Beijing which began as soon as the current president arrived in the White House. Efforts by the current administration to ban Huawei from 5G mobile phone development were already a mainstay of the trade war. We also can’t forget Trump’s insistence that China is responsible for the COVID-19 pandemic.

In other words, the new Cold War has arrived, with everything such a war entails: ideology, commerce, propaganda and farce. With the U.S. presidential election only three months away, this seems to be Trump’s last resort in diverting attention from his incompetence in dealing with the new coronavirus and the impact of the brutal economic depression it has caused, hoping to avoid his extremely probable defeat in November. The most certain thing, however, is that the trade war will endure and be sustained with or without certain changes, regardless of what the American administration becomes.

As an African intellectual, scalded by the previous Cold War, my main concern is: what is Africa’s “destiny” in this new Cold War?

For starters, the West (the United States and Europe) should continue to provide its usual (and increasingly “debatable) “development aid” to African countries, as well as mitigated and preferably bilateral access to their markets, to ensure the alignment of the countries of the continent, ideologically justified by the “sharing of values” between our regions and cultures. China, for its part, will continue to look at the 54 African countries as a supportive and legitimizing bloc for its actions. To China’s credit, there was never any program for the construction of infrastructure (roads, ports, water and electricity networks) on a continental scale in Africa before it arrived.

Recently, Liberian politician Gyude Moore, after recalling the persistence of slavery, colonialism and neocolonialism that were promoted for centuries on the African continent, emphasized that “[free] African labour and minerals played a foundational role in Western capital formation.” As if responding to the voices criticizing the corruption of the dominant African elite, he added, “The West encouraged, supported and enhanced the venality of African leadership and provided safe parking space for looted African wealth.”

As for the “sharing of values” between Africa and the West, I ask: how can I ignore that while Liberia itself and the Democratic Republic of Congo have always been the primary U.S. allies on the continent, today they are among the poorest countries in the world? How to explain the in-vogue Western sympathy for countries governed by a kind of “enlightened despot” (Rwanda and others), because they are apparently “well managed?”

Before readers conclude that I am defending an alignment between Africa and China, in the framework of the new Cold War, I hasten to answer that obviously, this is not what I mean. African countries must negotiate with the U.S., the European Union and China on equal footing, knowing how to put their own conditions on the table. As I wrote in previous texts, it is highly recommended that they do so as a bloc, rather than bilaterally, however advantageous the latter option may appear to some countries in the short term.

Western powers need to remember that China has built more infrastructure in Africa in two decades than they have in centuries. Chinese investment in this area will reach $1 trillion by 2027.

Recently, however, the West has decided to invest several trillion dollars to save its COVID-19-affected economy. The United States has spent more than $6 trillion on war in the past two decades.

There can only be one conclusion: The West doesn’t invest in the African continent anymore because it simply doesn’t want to.

The author is an Angolan writer and journalist, and editor-in-chief of Africa 21 Magazine.