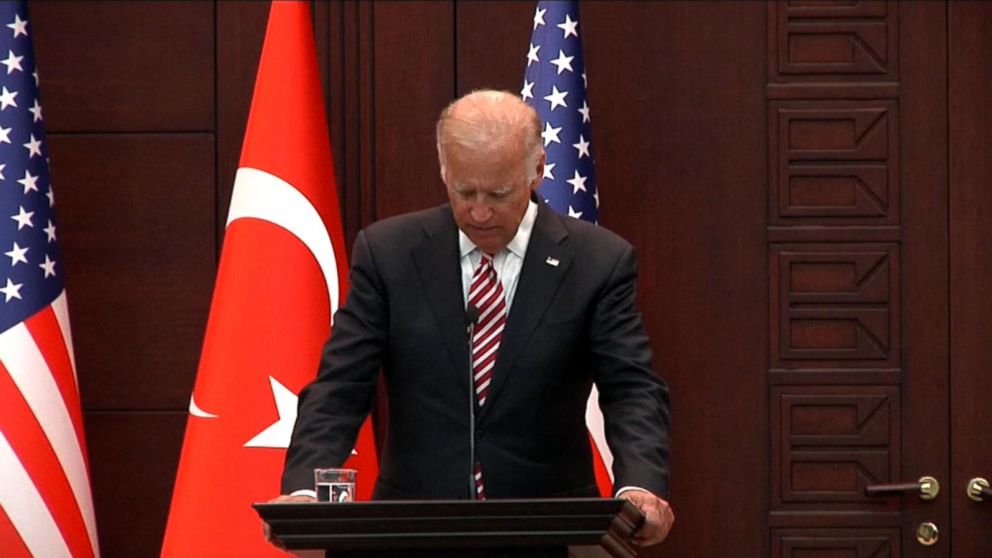 The person who has made fun of Democratic presidential nominee Joe Biden the most has been his former boss, President Barack Obama himself. The gaffe machine Biden is an expert at “putting his foot in his mouth” to use the American expression. Obama once said of him “That’s just Joe being Joe,” attempting to dissuade the media from teasing him further.

As Biden has not left his home since the COVID-19 pandemic began, conservative media outlets have joked that Biden, if he wins the election, will go straight from the basement of his house to the White House. In addition, he has been dubbed “Hidin’ Biden.”

Even if Biden does leave his hiding place, his staff appears to believe that his winning the election is so unlikely that they have chosen California Sen. Kamala Harris as his running mate. Harris’s mother is an Indian Hindu immigrant from Tamil Nadu who came to the United States to study, while her father is an English citizen of Jamaican descent. Because she was raised learning to worship both as a Hindu and as a Protestant Baptist, she embraces both religions.

Because neither her mother nor her father was an American citizen at the time she was born in California, there is a debate brewing over whether she can be a legitimate candidate for vice president. But it doesn’t appear that this type of allegation will gain any traction against a politician who has, since 1990, been elected as an assistant prosecutor, a district attorney, a state attorney general, and finally a senator.

Because California has the largest portion of Armenian American voters of any state, Harris has a history of making statements accusing Turkey and the Ottoman Empire of opposing Armenia, and defending bills that recognize the so-called Armenian Genocide. During her time serving as a senator, she has made statements against Turkey, and, what is more, the Fethullah Gulen* terrorist organization’s California branch is among those which have made political contributions to her campaign.

Biden himself has a very strange history as a politician. The many displays of his character flaws, enough to end the career of any other politician, have somehow failed to make a scratch in his Teflon personality. These include his habit of sidling up to a woman and throwing his arm around her shoulders, and letting his hand slide down her back. It is hard to argue with those who link this behavior to the fact that Biden is a member of the deep state.

It is significant that on the night of July 15,** Biden was in command of the team that assembled in the White House Situation Room. During the course of events, it was Biden who imposed a “wait and see” attitude on the State Department and Defense Department, and it was Biden who called on both sides to show respect for human rights and democracy. Because these things were not overtly known, Biden was not officially denounced, but Turkey — to put it mildly — took great offense at the wording “both sides” and made its anger clear.

Biden’s visit to Turkey for an ostensible show of support, more than one month after the coup attempt, did nothing but exacerbate this resentment.

Biden’s comments — made last December but only recently revealed — that the United States should “support opposition leadership” in Turkey are a manifestation of his thug mentality.

If Biden is elected president, it is likely that mutual relations between our two countries will be difficult to repair.

*Editor’s notes: Fethullah Gulen is a U.S.-based Turkish cleric, whose movement the Turkish government has designated as a terrorist organization.