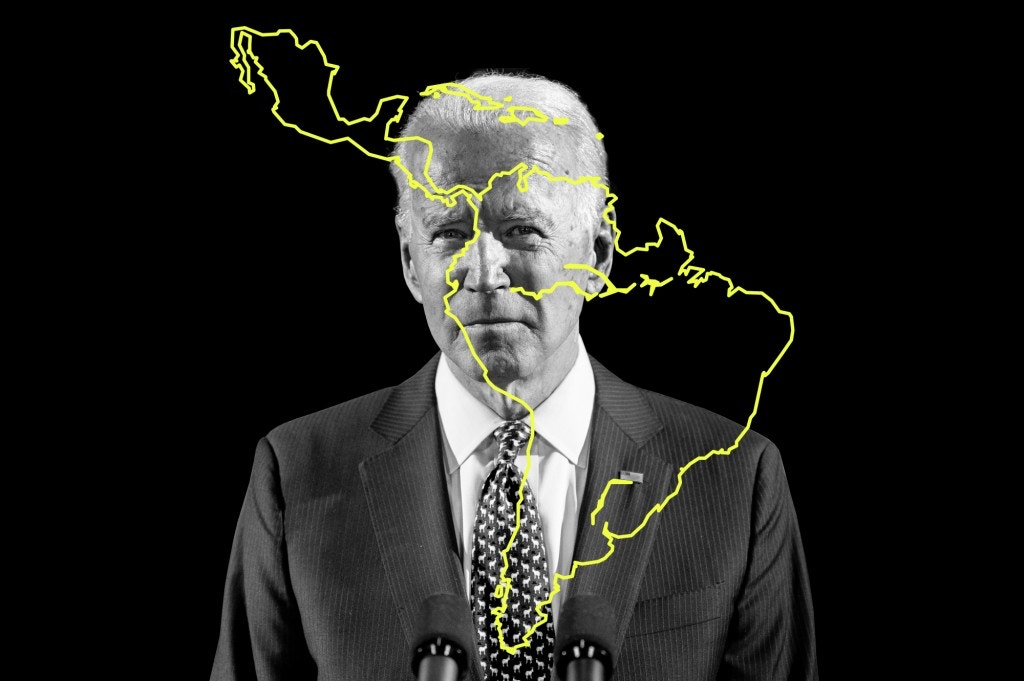 This U.S. presidential election comes at the height of global chaos in the 21st century. Never before, since the end of the Cold War, have multilateral bodies and international organizations found themselves in such bad shape. The rise or consolidation of authoritarian populism—which rejects international norms and agreements—has been joined by the coronavirus pandemic and a new economic crisis in leading the States toward isolationism.

In Latin America and the Caribbean, it’s also the time of the lowest level of regional cooperation since the democratic transitions of the 1980s. The reasons for this decline in integration are well known: simultaneous exhaustion from neoliberal and neopopulist models, a parallel crisis of the traditional right wing and left wing, social upheaval in democracies of diverse qualities, unresolved disputes around regimes like the one in Venezuela or coup d’états like in Bolivia.

The origins and causes of the collapse of Latin American integration have been located in the very fractures of the region since the middle of the last decade. But it’s perfectly documented that, in the last four years, Donald Trump’s administration has fueled the disintegration of Latin America and the Caribbean. In the same speech, Trump linked a racist, xenophobic and colonial vision of Latin America with a revival of McCarthyism. He directed this toward everyone on the left, who he defines as “communist” or “socialist.” This double ideological predisposition led him to establish a direct relationship with some leaders of the regional right who share the same stereotypes, like Jair Bolsonaro and Jeanine Áñez, along with others also on the right, like Iván Duque Márquez and Sebastián Piñera, based upon more instrumental premises.

Astonishingly, Trump developed a good relationship with one of the two important leaders of the post-Chávez left in Latin America. Not with Alberto Fernández, but rather Andrés Manuel López Obrador, the Mexican president who traveled to the White House to celebrate a new free trade agreement he managed to negotiate with Washington. The friendship between AMLO and Trump—after numerous offenses toward Mexico and the New York tycoon’s own Mexican-American citizens—is the best proof of how entrenched the connection is between the U.S. and the Mexican hegemonic left itself.

Trump’s presidency has been disastrous for Latin America and the Caribbean. The racism, xenophobia and misogyny have led to the incarnation of an extremely onerous immigration policy for Central America, Mexico and the Caribbean community, and have spurred on the reactionary right wing south of the Rio Grande. Trump reversed some advances in inter-American rationality such as the normalization of Cuba, easing the trade embargo against the island and the acceptance of Latin America as a politically plural region. The Joe Biden-Kamala Harris Democratic formula could open the door to a U.S. political reformulation toward Latin America and the Caribbean, which would reestablish the inter-American platform on new foundations. Over the course of their careers, both politicians have built up an approach to the southern continent that will allow them to anticipate a turnaround—perhaps less pronounced than what’s desirable—in relation to immigration policy, strategy against authoritarian governments, investment in development, promotion of clean energy and collaboration on matters of security and fighting corruption.

To seriously propose these changes, the new administration will have to avoid sectarian ideological ties with a few governments and seek interlocution with the majority of the continent. López Obrador’s government will be one of the first summoned to relaunch the bilateral agenda. The same could be said of the Argentinian or Peruvian governments, without this shift necessarily implying the need to distance from right-wing governments like those of Brazil, Chile, or Colombia. Even just a change in the language of the president of the United States would have a positive effect on relations with Latin America and the immigrant community. If the tone of respect is reinstated and deepened through the design of policies that don’t infringe upon the national sovereignty of its neighbors and take advantage of the plurality of interests in the region, they would make a lot of progress in the initial stage of the pandemic.

In the U.S., a new policy toward Latin America that aims to go beyond the Obama presidency’s deal would favor regional integration. In that scenario, Latin American diplomacy should see more opportunities than threats and should take advantage of the collaboration to return to the path of unity in diversity and hemispheric dialogue.