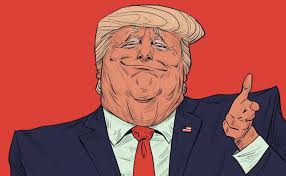 Can we definitively claim that U.S. President Donald Trump will win a second term? From a logical perspective, it may be unreasonable to declare victory for President Trump, considering that the American electorate’s decision on Nov. 3 will be the result of trends, desires and hope. However, while declaring an early victory for Trump may be unreasonable, predicting a second Trump term is, in fact, logical. This prediction is based on a number of important indicators, including the history of American voters over the last two centuries, and the primary and secondary issues that affect voter tendencies, desires and hopes in one way or another.

Before we broach the topic of historical trends that affect today’s elections in America, it is important to begin by noting that presumptive Democratic presidential nominee Joe Biden’s choice of running mate in Kamala Harris, a senator from California, is considered a poor first step that will cost him votes across the country, especially in the Midwest. Biden has many deficiencies, such as his advanced age (he is 77 years old), he is a Catholic in a Protestant society and the insignificance of his home state of Delaware. With his pick, he has added the inadequacies of Harris to his own. Harris’ gender will put off the many Americans who trust men more than women when it comes to politics, especially in the Midwest. Another negative for Harris is her lack of governing experience. Voters want someone to whom the presidency can be entrusted should the vice president become president. Yet another minus is her African Indian background, which will cost Biden votes with white people and potentially with other ethnic minorities. In addition, Harris failed to convince voters during the Democratic primaries, where she won a meager 2% of the vote. How will someone who couldn’t reach the hearts and minds of Democrats connect with voters of different parties and philosophies, as well as independents? Neither will Harris’ home state advantage in California add much to Biden’s campaign, since California’s electoral votes have regularly gone to the Democratic candidate since 1992. The primaries also made clear the policy divide, both economic and social, between Biden and Harris, and it only deepened as the primaries wore on. The fact that the two Democratic representatives differ so sharply over their policies and vision for economic and social change will surely have an extremely negative impact on how voters perceive them. How can these two produce a convincing policy plan and simultaneously claim they act on their beliefs and adhere to their personal values? Therefore, it can be said that with Harris as his running mate, Biden’s chances of winning the presidency have slimmed even further.

In addition, there are other important issues that will greatly influence the election in Trump’s favor. First, the personal reputations of Trump and his vice president, Mike Pence, will attract undecided and independent voters. They represent social conservatives, a large portion of devout and adamant churchgoers and white people. Their conservative positions will earn them a respectable share of minority voters, including African Americans. Second, Trump achieved many successful things in his first three years that elevate him over Biden. He had economic, trade and social success, created millions of job opportunities, and worked to bring manufacturers back to America. Meanwhile, Biden was Barack Obama’s vice president for eight years, and neither of them was able to achieve anything of use for the Democratic candidate today. Third, the American electorate sees the Republican Party in a positive light because of its cohesiveness, power and clear vision for the future. As such, voters trust the Republican Party as it relates to the future of the presidency and the party’s unity. That is something the Democratic Party lacks, as the primaries clearly showed the extent of the ideological infighting among Democrats and the general outsider status of some proposed policies in the historical American context — and even in a Democratic context.

While it may be true that the most decisive factor in elections is undying party loyalty regardless of positions or policies, the cohesiveness of a candidate’s plans, the power of his proposals and the clarity of his speech can still add to popular support. These factors directly cause polarization among independent voters and can bring in the undecided. Herein lies the importance of a candidate’s character and his ability to connect to voters, especially in politically divided states. Which candidate do you think best fits into such a complicated equation?

Finally, it is important to note that while the signs generally point toward a second Trump term, no matter which party’s candidate wins the election, the future president will continue to serve American interests and enact policies that place America at the forefront. And yes, policies and behavior may change from one president to another; the language, the way things are done and the rhetoric may all change — but America will hold steadfast to its overarching strategy at home, abroad and globally.