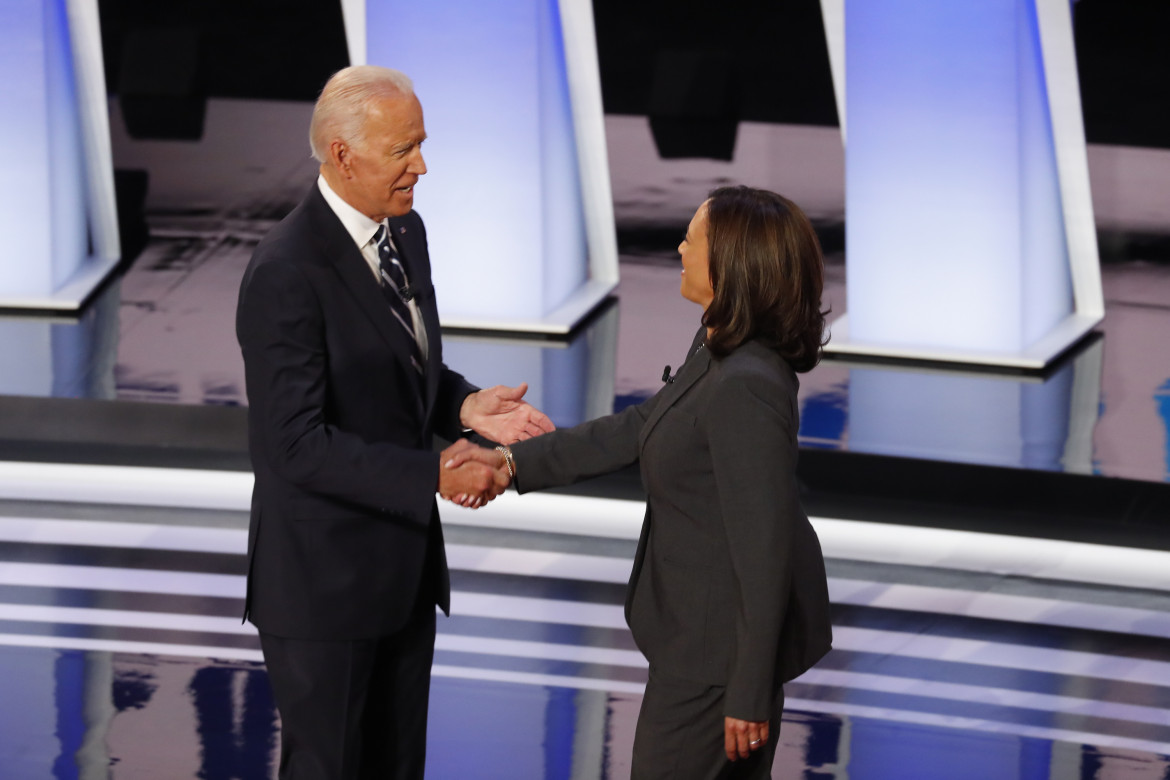 Toward the White House. Joe Biden and Kamala Harris are the Democratic establishment’s response to a party whose members and voters are considerably more left-leaning than its leaders. This is in part thanks to Bernie Sanders, who in 2016 and 2020, proposed reforms which are truly radical for the United States, such as a national health care system which would replace the expensive and inefficient privatized system.

Kamala Harris. It could only be her. It was announced months ago that Joe Biden had decided to choose a woman as his running mate. The expectation that this woman had to be African American became highly probable with the explosion of the Black Lives Matter movement and its powerful demand for young blacks to be heard, which came even before ending police brutality.

This eliminated candidates who were clearly more qualified than Harris, like Elizabeth Warren, and was a good excuse for Biden to rule out a partner who is more radical and more intelligent than he is. So just a handful of names remained in the pool of candidates: a few former Barack Obama administration members such as Susan Rice and Tammy Duckworth, along with congresswomen like Karen Bass or Val Demings. But none of these women was a safe choice. Rice had never campaigned for office, and while Duckworth belongs to an ethnic minority (she is of Thai descent) and is a military hero (she lost both her legs in Iraq), she lacks the experience and necessary depth, shortcomings that weakened the candidacies of Bass and Demings from the beginning.

As occurs in the merciless cycle of American electoral campaigns, it is also necessary to take into consideration the fact that any mistake, careless statement or ignorant act could be fatal for a candidate. Biden therefore chose a person who had already been torn apart by political opponents and the press during her previous campaigns in California and during the Democratic primary a few months ago. She has no skeletons in the closet, not even a bone.

The Biden Harris team has the upper hand in the polls, thanks to Donald Trump’s disastrous handling of the pandemic, but many uncertainties still remain on the road to the White House. To start with, we are dealing with two old-fashioned politicians who have a lot to be forgiven for.

They are the Democratic establishment’s response to a party whose members and voters are considerably more left-leaning than its leaders. This is in part thanks to Bernie Sanders, who in 2016 and 2020 proposed reforms which are truly radical for the United States, like a national health care system which would replace the expensive and inefficient privatized system. Somali American Rep. Ilhan Omar’s easy victory in the Michigan primary on Tuesday against an opponent who was backed by the party’s less radical side is a telling sign. “The squad,” consisting of four left-leaning politicians led by Alexandria Ocasio-Cortez, will return to the House without a problem.

Sanders pressed for issues such as inequality and reducing the military budget, issues that Democrats like Hillary Clinton or Biden have never wanted to hear about in their long careers. (The Democratic presidential nominee is 77 and was elected to the Senate for the first time in 1973.) Biden and Harris have gotten this far by profiting off high crime rates, something which has led to the U.S. placing 3 million people in prison and millions more on parole. Biden has benefited as a senator and Harris as California attorney general, when she demonstrated her commitment to fighting nonviolent crime.

Now they could represent millions of young Americans of color who have been the primary victims of systemic violence, who have ended up in jail for actions that in Europe would translate to a fine at most, like riding a bus without a ticket. Why should young Latinos or African Americans vote for them?

To drive Trump out, of course. But many of them will think twice before lining up at the polls in the era of COVID-19. And there is no guarantee that they can even vote. Republicans have been fighting for years to make voting as difficult as possible, and Trump has already showed his hand by sabotaging mail-in voting in every way possible. In Florida, Texas, Wisconsin and many other states, voting by mail has been made more difficult, with the reasoning that it is being done to prevent potential voter fraud.

Trump’s strategy is to delegitimize an election that will be complicated to manage during a pandemic ahead of time. It’s no coincidence that a couple of weeks ago, he suggested that elections be postponed, something which he lacks the power to do and which would require a constitutional amendment in order to extend his term in office.

Trump hopes to mobilize his supporters (incredibly, he still has the trust of 40% of Americans) and that some of the Democratic voters will stay home from the polls either out of laziness, distrust of the candidates or the physical difficulty of voting. Trump’s hopes of stealing another victory are all clear.