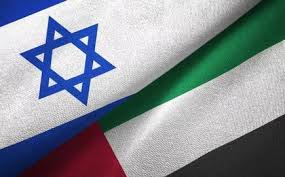 Former Malaysian Prime Minister Mahathir Mohamad has said that the U.S.-brokered peace deal between the United Arab Emirates and Israel is actually a step backward for peace and that it is against the Muslim world. He believes that this will divide the Muslim world into “warring factions.” Iran and Turkey have also come out against it. Pakistan, so far, has reacted well which I believe is the right move. Emotional slogans have their place, but foreign policy and actions should be based on the long-term consequences of those actions. For example, Turkey has won the hearts of the Muslim community and Pakistanis by coming out against Israel. At the same time, Turkey and Israel have had a diplomatic relationship since March 1949 and Israel has been a big purchaser of Turkish goods for many decades. According to World Top Exports, a leading world trade watchdog, Turkey purchased $1.7 billion worth of goods in 2019. In the same year, Israel purchased around $4.5 billion worth of goods from Turkey. Perhaps this is why, as a result of this agreement, Turkey threatened the UAE to end diplomatic relations with Dubai but didn’t even mention ending diplomatic or trade relations with Israel.

The (alleged) peace deal was announced by the president of the United States in a tweet. Obviously, this agreement does not guarantee peace in the Gulf. However, it will definitely increase the number of votes for President Donald Trump in the November presidential election. The U.S. president has also said that the United States, Israel and the UAE face common threats and that the agreement will help all of them deal with them. It is a different matter that after the end of the Cold War, according to Israel and the United States, the biggest and most forefront threat is “Islamic Ideology.” It is unknown at this time which threats the UAE will help the U.S. and Israel deal with. The U.S. president went on to add that this agreement would establish peace in the region. Only God knows what kind of “American peace” the UAE and other Muslim countries are dreaming of. Do they not see that, thanks to the United States and its allies, no Muslim country in the Middle East — in fact, in the whole world — is at peace? Some face external threats while some face internal threats. Everyone knows about Afghanistan. Iran and Turkey appear to be at peace, but in reality, they are both at war with Kurdish separatists. Al-Qaeda is in Yemen. The Islamic State is in Jordan, Somalia, Libya, Syria and Mali and is coming to Chad. Kurdistan is in Sudan (with fighting between the Sudanese government and the Sudanese People’s Liberation Movement). No Muslim country is peaceful including Nigeria, Algeria, Azerbaijan, and Senegal. At this time, the Middle East is a flashpoint. Each of these countries is facing threats from actual enemies who aren’t hiding their identities, but instead of putting out the fires started by them, these countries are lining up against each other. They are collecting weapons from the U.S. and other Western countries to fill the coffers of their enemies. One thing to consider, now that the agreement has been announced, is: If the United States is selling so many advanced weapons to Arab countries (like just last year when it sold billions of dollars worth of modern American weapons to the UAE), it must have been assured that these weapons are unlikely to be used against Israel.

Mahathir has said that this agreement will divide the Muslim world into opposing groups but the fact of the matter is that the Muslim world is practically already divided into two groups. Iran, Qatar, and Turkey openly oppose Israel. Whereas Saudi Arabia, the UAE, Oman, Bahrain and Egypt support Israel and the United States. The governments of Muslim countries (especially those with monarchies) have openly aligned themselves with Israel and the United States but it remains to be seen how the people of these countries will react in the future. In March 1979, Egyptian President Anwar Sadat signed a peace treaty with Israel. In October 1981, he was assassinated by his opponents during a military victory parade. And such things don’t only happen in Muslim countries. In November 1995, Yitzhak Rabin, who signed a peace agreement with Yasar Arafat, was assassinated by a Zionist. Not only that but, Mr. Benjamin Netanyahu, who himself has signed peace agreements with Muslim countries, has used the opposition to the Oslo Accords, hate speech, and Islamophobia to polish his politics and win elections.

In all of these circumstances, there is a bitter but clear message being sent to all Muslims and to Pakistan that Muslim governments are divided on the basis of personal interests and that there is no such thing as a “United Muslim Community.” It would be foolish to expect countries who don’t verbally oppose the United States or Israel for their roles in occupied Jerusalem, to play any role in Kashmir. In today’s world, it is important to base foreign policy and alliances on “national interests,” common enemies, friends, and general interests. Instead of taking an emotional step, we must first strengthen ourselves economically and militarily. We are in a position to take concrete practical steps instead of issuing statements and making speeches. Until then, we need a foreign policy based on patience and reality.

About Aarzu Maknojia 8 Articles
Aarzu Maknojia is a May 2019 graduate from the George Washington University where she earned a BA in International Affairs with a Concentration in Security Policy and a minor in Arabic Language. During her time at GWU, Aarzu spent Fall 2017 studying Arabic in Amman, Jordan with the Middlebury Language Schools Program. She was also awarded the Critical Language Scholarship in Urdu and spent Summer 2018 studying in Lucknow, India at the American Institute of Indian Studies. Aarzu currently works at SMI, Inc. as a Junior Associate supporting small and medium sized technology companies.