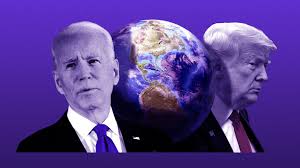 The proximity of the U.S. presidential election is becoming an important element in the formation of Washington’s policy around the world. American politicians are seeking the hasty negotiation of any world crisis which could end in the announcement of some kind of agreement. Indeed, the announcement itself is becoming more important than what it contains. We can understand this if we keep in mind its potential influence on the popularity of one of the candidates in the next presidential election in November.

There are numerous examples of actions by American diplomats on the world scene, and the most publicized are those relating to the Middle East and its surroundings. On Aug. 13, the White House announced it had achieved an agreement normalizing relations between the United Arab Emirates and Israel, with U.S. mediation. This agreement sends a strong signal especially to the whole Arab world that Americans are disposed to make a series of concessions if the Arabs agree to normalize their relations with Israel. There are various candidates for this. All the Arab states who have a specific problem which can be resolved by Washington will now consider whether they can “survive” a normalization of relations with Israel, without resolving the Palestinian problem. They must keep in mind public opinion in their own countries and the stability of their governments. The United States is obviously ready to supply arms which were not included among potential exports listed for those countries, and to guarantee their security. The United States is also inclined to take some of these countries off the list of terrorist countries, which would have a strong political and economic impact, perhaps, acknowledge their sovereignty in determining certain disputed territories.

It is a time when the governments of Arab countries will have to quickly decide whether to take advantage of this opportunity, independent of the politically dangerous potential, or stay on the sidelines and demand a resolution of the Palestinian problem based on the two-state solution, something which seems very far off. Pragmatism versus principles. It is well known that realpolitik is generally more practical than politics based on principle.

Israel, for its part, understands very well what the possibilities of the moment are and will do everything to facilitate the decisions of certain Arab countries. The economic incentives are also extremely strong, and the government of Prime Minister Benjamin Netanyahu can find ways to improve commerce and investment. Israeli technology is very attractive to many countries, but American arms systems, often developed jointly with Israel, are at the top of the priority list.

Clearly, Israel will ask the U.S. to continue to limit arms exports, with the goal of maintaining the superiority of Israeli arms over those of any other Arab country. Normally, there is a great deal of free space to control and measure this, but the official policy of Israel and the U.S. will remain as before.

However, there is not much time left before the American election. If the current administration remains in office, the current trend will continue, but with much less enthusiasm and fewer promises.

For many Arab countries, it will be extremely difficult to reject what is already on the table. They will see all the possibilities. Also, this will take place in the face of Palestinian disunity, which is not helping with respect to maintaining support for a two-state policy. Realpolitik is gaining; no one is very concerned with the substance of the agreements or the future implementation of what was agreed.

As I’ve already written here, it is important to formally announce the agreement and to add another great success on the world stage in a long crisis. Domestic policy always wins when confronted with foreign policy.

About Jane Dorwart 171 Articles
BA Anthroplogy, Reed College Portland, Oregon, Composer in the BMI Musical Theatre Workshop under Lehman Engel., BS Musical Composition and Diploma in Computor Programming. I am delighted and honored to be working as a Translator for Watching America and have become a regular reader myself! I believe it is important to hear many points of view to get a glimpse of the truth of situations, and that no one person has a monopoly on that truth! That is what is so exciting about this site! I love the Portuguese language and have been speaking and studying for a number of years. I welcome the challenge of translating Brazilian and Portuguese newspaper articles and making them available to English reading readers!