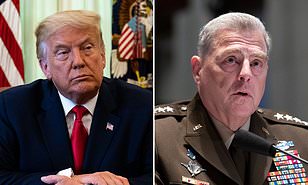 Throughout modern history, presidential elections have kept American citizens glued to their television screens, awaiting the news that the winning candidate received a phone call from the losing candidate congratulating him on his victory and wishing all the best for him and America’s future. Despite the heated election campaigns and the impersonal and personal attacks leveled by each side at the other, the political rivalry between the two parties is settled on election night when the results are announced and it becomes clear which party has won. Then a transition of power begins that lasts for weeks.

The significance of this procedural process is amplified if the incumbent president loses. This happened, for example, in 1980 when Democratic President Jimmy Carter lost, and again in 1992, when Republican President George H.W. Bush did not win reelection. Indeed, America has known procedural problems to occur throughout its history with regard to elections in terms of preventing some voters access to the ballot box, questioning the legitimacy of results, raising legal challenges to voting procedures and forcing voters to stand in long lines. However, none of them caused a crisis in the true sense of the word except the election in 2000, when the U.S. Supreme Court settled Florida’s election results and recounted the votes, which led to Republican candidate George W. Bush winning the presidency.*

Recently, Americans’ fears increased when President Donald Trump asserted that he would not follow longstanding tradition and would not promise to accept the election results and congratulate candidate Joe Biden in case he loses, as has been the practice throughout American history.

President Trump’s calls to postpone the presidential election scheduled to take place on Nov. 3, his previous objection to voting by mail and the possibility that he won’t accept the results has prompted many to anticipate an unprecedented constitutional crisis, especially when people are expecting that the winner will not be announced before the end of Election Day. Some experts believe that the identity of the winning candidate may not be known for weeks after the vote ends. For the first time, an incumbent president has expressed doubt about the results of a future election.

This undermines the foundations of American democracy and is causing a crisis of confidence in its political system and procedures, and is raising questions about the U.S. Army’s role in any future crisis. The subject of the military entered political discussions when Democratic Reps. Elissa Slotkin and Mikie Sherrill, presented written questions to both Secretary of Defense Mark Esper and Chairman of the Joint Chiefs of Staff Mark Milley conveying their concerns that Trump may refuse to leave office voluntarily, or that he might try to use the military to cling to power if Democratic candidate Biden wins the November election.

Gen. Milley, responded by distancing the U.S. Army far away from the political arena. In an official letter, Milley said, “In the event of a dispute over some aspect of the elections, by law U.S. courts and the U.S. Congress are required to resolve any disputes, not the U.S. military.”

Historically, the Founding Fathers feared that the military could interfere in the political process and arranged the Constitution to prevent any possibility that unelected military officers could take control of the government. Thus, the Constitution precisely defines the responsibilities of an elected president, one of which is serving as commander in chief of the armed forces. However, Americans remain confident that the U.S. Army is not motivated by internal or bipartisan political interests or greed for power and control.

Hence, there is no role for the U.S. Army in the political transition process. The law stipulates that any dispute over the winning candidate in the event of a crisis involving the counting or sorting of votes, or in the case that a candidate does not concede defeat, is a matter for the courts, ultimately for the Supreme Court if necessary. The Constitution did not give the U.S. Army any role in the political transition process. Rather, the Constitution specifically provided that the secretary of defense must be a civilian. It also stripped the White House chief of staff of any political power and made the position so weak that the president can dismiss him with a tweet or a phone call.

This does not mean that the military cannot advance or work in the political domain, but rather it ensures they cannot attain the office of president. The first president of the United States, George Washington, led the American Revolutionary War against the British forces. He was elected president after his transition to civilian life. While President Dwight D. Eisenhower commanded U.S. forces during World War II, it was only after the war ended, when Eisenhower began civilian life serving as president of Columbia University in New York City, that he joined the Republican Party and won the presidential nomination after a fierce campaign.

There are also a number of other presidents who both fought in wars and were involved in political and partisan life. Years after the wars ended, they embarked on a long journey as elected members of Congress or state office before they became president. Included in this number were presidents George H.W. Bush and Jimmy Carter. The former fought in World War II and was later elected to the Texas House of Representatives. The latter fought in the Korean War, and then was elected governor of Georgia and later U.S. president.

During the second presidential debate that brought President Trump and Hillary Clinton together in the 2016 presidential race, Trump refused to promise that he would accept the election results and congratulate his opponent if he lost the race. Veteran television journalist Chris Wallace asked Trump if he was prepared to accept defeat if he lost. Trump responded by saying, “I will tell you at the time. I’ll keep you in suspense.”

The 2016 election did not involve widespread mail-in voting, and there was no fear of election fraud. Therefore, Trump’s position is not necessarily linked to mail-in voting, but instead it stems from the fact that he does not easily accept defeat , as he has said.

*Editor’s note: The Supreme Court decision in Bush v. Gore stopped the Florida vote recounting and allowed the previous vote certification to stand, which had determined that George W. Bush won Florida’s 25 electoral votes and with them, the election.