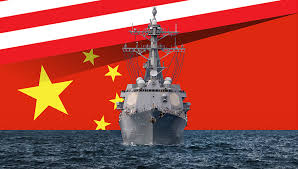 The report “Military and Security Developments Involving the People’s Republic of China” that has been submitted yearly by the Pentagon to Congress since the beginning of this century, was most recently updated on Sept. 1.

The China Military Power Report, as it is also known, is a tad longer than it had been in previous years — at a total of 200 pages, 64 pages longer than last year, including appendices. Pentagon analysts must have devoted some serious effort to trying to figure out the Chinese army.

That said, the whole thing is nothing but pure cliche. This report, along with its predecessors, is only about one thing, the China threat theory. For many years, this theory has been the overarching theme of all China military power reports. We must also point out that this report is ultimately submitted to members of Congress, who have important decision-making powers. Most member of Congress have zero knowledge about Chinese military affairs or even about China. This report, however, plays an important role in how America develops its China strategy and will surely affect the judgment of many members of Congress.

So, what kind of report is this? Why does it deserve such criticism? In our opinion, the Pentagon pulled at least three tricks out of its bag in this report in to sustain its China threat theory.

First, exaggeration. The Pentagon overstated the achievements of China’s military development to make members of Congress anxious. Here is the Pentagon’s rhetoric: To the world, the Pentagon shows off America’s overwhelming military power to look tough; to American citizens, however, the U.S. is somehow “facing the threat of being overtaken.” The Department of Defense went to great lengths to exaggerate China’s military power this year, too. The report expresses concern about China’s increasing military expenditures year after year, and about China having the world’s largest navy.

But the truth is that America’s military expenditures account for nearly 40% of the world’s total, and equal the sum of military expenditures by the next 10 countries combined. America’s warships boast superior quality and tonnage over China’s, not to mention quantity; the U.S. owns 11 aircraft carriers. If the U.S. wants to prove that China is a threat, why would it avoid a more rigorous comparison of the two countries’ military strengths? Isn’t this playing dumb?

Second, distortion. The Pentagon has deliberately misinterpreted China’s strategic intentions, and has portrayed China as the enemy. Certain American politicians are stuck in the Cold War and zero-sum mindsets. They never consider the actual policies that China is implementing, nor do they take into account China’s plan for peaceful development in their thinking. These politicians are used to the idea that China always acts with maximum malice. A similar train of thought brings us to the Pentagon’s report that accuses China of planning to challenge the United States’ position militarily, of planning to change the international order, and even disguising its military development plans as project of international cooperation, such as the Belt and Road initiative.

But the truth is that China’s national defense policy has always been more defensive than aggressive. With respect to its relations with the U.S., China has advocated communication and cooperation to prevent misjudgment, suspicion and conflict. On the contrary, the U.S. loves to deploy its advanced warships and warcraft near Chinese territory, so much so that it even dispatched two aircraft carriers to the South China Sea once just to show off. What does the U.S. have in mind?

Third, defamation. The Pentagon played the victim by discrediting the modernization of China’s national defense. China has come a long way since it started developing a modern military force. Clearly, its aircraft carriers and large destroyers are making some arrogant American politicians uncomfortable, and now they cannot stop trying to ruin China’s reputation. In the latest military power report, the Pentagon claims that China stole vital military technology from the U.S., again claiming to be the victim of espionage, cyberattacks and hostile takeovers of its tech companies by China to illegally acquire America’s sensitive military technologies.

But the truth is that the Pentagon has no evidence of any “theft” by China. The U.S., in fact, is the real home for hackers. Edward Snowden, WikiLeaks, PRISM, ECHELON, the Equation Group … these things happened to the U.S., not China. There is tons of evidence showing that the U.S. is using its advanced technology to surveil and infiltrate other countries. Isn’t it a bit ironic that the U.S. is now calling China a thief?

This further proves what Russian military expert Vasily Kashin said about the China Military Power Report in 2019: “There exist many contradictions, weird conclusions and obvious mistakes (in the report).”

The Pentagon was so wrong! According to experts, the Pentagon may have wanted to secure extra funding for the U.S. military industry by making decision-makers anxious about the “China threat.” The report mentions that U.S. Navy forces in the Taiwan Strait are “out of balance,” and advocates for arms sales to Taiwan, which will ultimately benefit the Pentagon financially. In addition, the Pentagon might be assuming a fighting posture in order to pressure China into yielding, therefore ensuring that the U.S. always stays on top in terms of military power. Will this work? The U.S. has indeed been exerting excessive pressure on China in recent years, but China has never deviated from its plans. Recent military exercises by the People’s Liberation Army have also made it clear that no country should expect China to give up on its core interests. We will never willingly give up our sovereignty, our national security, or the fruits of our development efforts.

Facts are facts. Decisions not based on facts are bound to be wrong. The latest work by the Pentagon is riddled with the absurdity that is the China threat theory. Sure, the length of the report is impressive, its data is elaborate and its figures are pretty, but the whole thing is a lie. It has no value as a reference for strategic decisions. This report is a failure and will only lead the U.S. to a dead end.

I have one more question for the Department of Defense of the only superpower in the world: is lying all that you can do?