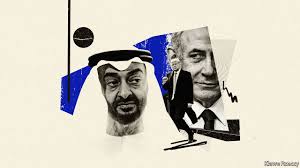 The tone for the American presidential campaign has been set. Candidates are leveraging fear, a crumbling society and the threat of even more violence. However, there was a different kind of excitement in the White House last week. Are we getting ready for a classic “October surprise?”

October surprises have become the bane of American political campaigns. The term refers to unexpected events that shake up the dynamics of an election a few days, or at most a few weeks, before voters head to the polls.

In 1972, 10 days before the election, Henry Kissinger, national security adviser to President Richard Nixon, declared that “peace is at hand” in Vietnam. Democratic candidate George McGovern never recovered from this announcement.

More recently, three weeks into October in 2016, an “Access Hollywood” videotape showed us an obscene and vulgar Donald Trump, while his Democratic rival, Hillary Clinton, found herself, once again, entangled in an FBI investigation of her email.

This year, the “October surprise” could come a little earlier and from the other side of the world. It will surely change us, from Portland, Oregon, to Kenosha, Wisconsin.

The ‘Art of the Deal’ At Work’

President Trump does not have any significant diplomatic record to offer Americans. He regularly maintains that his meetings with Kim Jong Un saved the world from a war between the United States and North Korea. Perhaps, but experts agree that the North Koreans have not conceded any nuclear capability.

During his campaign four years ago, the businessman proudly promised peace in the Middle East. He entrusted the case to his son-in-law, Jared Kushner, who ended up laying out a peace plan that was coldly received in the region. But Kushner didn’t give up.

Last Monday, following an agreement to establish diplomatic relations announced in mid-August, the “son-in-law in chief” took his place on board the first plane that flew directly from Tel Aviv, Israel, to Abu Dhabi, the capital of the United Arab Emirates. The wealthy Persian Gulf state has become the third Arab country, following Egypt and Jordan, to make peace with Israel.

The White House intends to make the most of this moment. There is talk of a regional peace conference, which would take place in one of the Gulf States and pave the way for establishing relations between Israel and several other Arab States: Oman, Bahrain, Sudan and Morocco. Until then, a very formal signing ceremony between Israeli Prime Minister Benjamin Netanyahu, and Sheikh Mohammed bin Zayed al-Nahyan, Crown Prince of Abu Dhabi, may be held in Washington, D.C. For a president who loves big productions, it would certainly be quite the spectacle.

The question is whether this coup will impact the November election in any way. Will it hold up to the police blunders, the riots, Trump’s provocative speeches and Joe Biden’s attempts to provide reassurance? I doubt it. That said, for those who have had enough of all the fuss, it will change their minds.

About Paul Naanou 19 Articles
Paul completed his undergraduate studies in Mathematics and French and Francophone Studies at the College of William & Mary. After a short stint in publishing in Paris, he received his masters in education and now lives out his dream of teaching mathematics to high school students. He enjoys reading and writing and leveraging his love of languages to diffuse information to a wider audience.