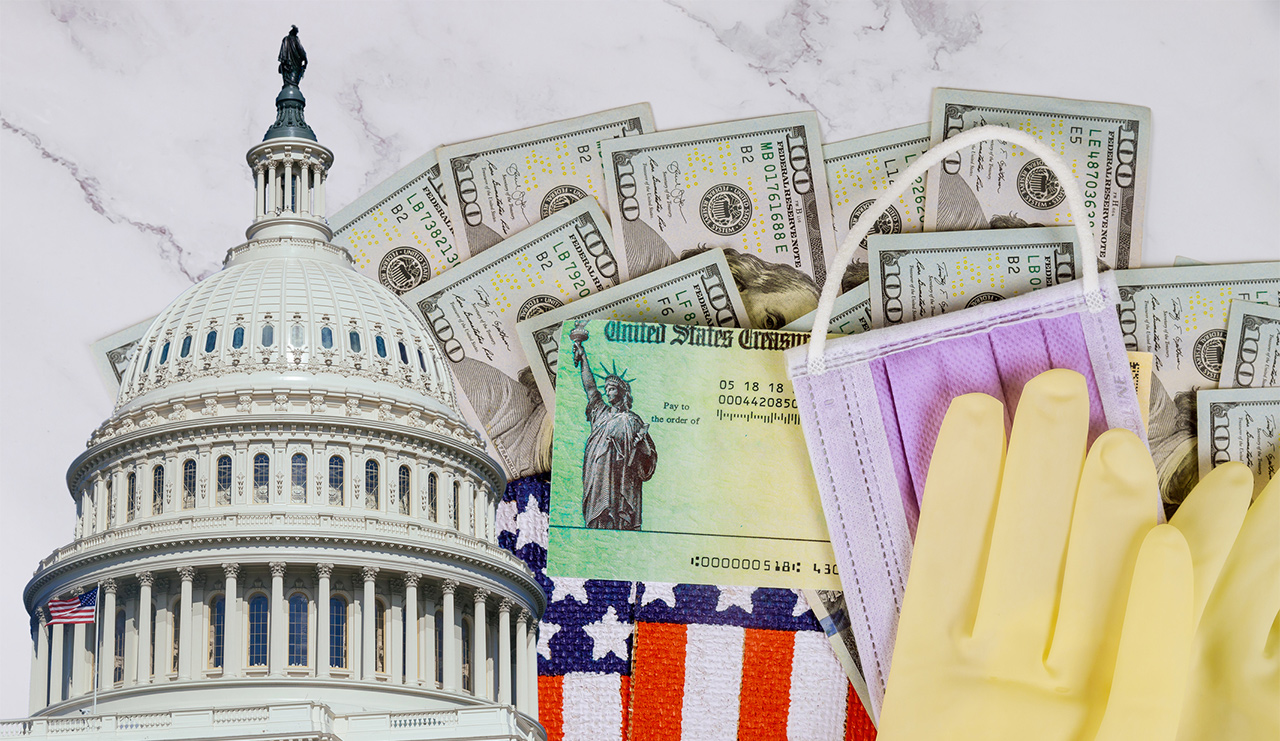 With the U.S. groaning under the weight of the COVID-19 crisis, the next government aid program seems inevitable. But experts warn record debt alone will not be enough.

U.S. national debt will reach the $20 trillion mark during the current fiscal year, according to calculations by the Congressional Budget Office. To clarify the scale of this debt, U.S. citizens would have to raise an entire year’s worth of economic output in order to pay off this amount in one go. The last time the U.S. had such a high level of debt was following World War II. COVID-19 has pushed debt levels up once again, as it has in many other countries.

The government in Washington has so far provided around $3 trillion in relief for the unemployed, businesses and local authorities, while at the same time, tax revenues have drastically declined. As a result, the current budget gap has swelled to $3.3 trillion, a shortfall which equates to 16% of gross domestic product. A further COVID-19 aid package is still stuck in Congress because the parties cannot reach an agreement. But it is almost certain to pass, given the millions of unemployed, failing businesses, long lines outside soup kitchens and food banks as well as the 2020 presidential election in nine weeks.

The country was already on its way to a record deficit before the COVID-19 pandemic. This was caused by having to combat the 2008 financial crisis, and also by the rising number of baby boomers who are now reaching retirement age. Four years ago, during the 2016 presidential election, Donald Trump announced he would pay back all government debt within eight years if he became president. But instead, his 2017 tax reform, which he used to massively reduce taxes for businesses and the wealthy, has caused the budget deficit to swell by around $1.5 trillion.

In the current election campaign, the incumbent president prefers not to mention the subject of national debt anymore. But his rival, Democratic candidate Joe Biden, whose election platform sets out several new social programs, has also remained silent on the matter. Even Wall Street seems unaffected. Despite the General Accounting Office’s recent forecasts, the Standard & Poor’s 500 Index, the stock index of the most significant U.S. businesses, reached a new all-time high last Wednesday. Paul Krugman, winner of the Nobel Memorial Prize in Economic Sciences, explained before the crisis that even doubling the current U.S. national debt would not be a problem.

Comparison to 1946 Is Misleading

Almost all economists are of the opinion that further relief measures, amounting to trillions of dollars, are necessary to prevent what is still the most significant economy on earth from falling into a depression. Yet not everyone maintains that the resulting record deficit, which puts the U.S. on a par with Greece and Japan, is without consequence. “The comparison often made with the period following World War II is misleading,” says Robert Brusca, chief economist for Fact and Opinion Economics and former divisional research chief at the Federal Reserve Bank of New York.*

In 1946, when debt levels were comparably high, the U.S. was not directly affected by the devastation of the war. Young men returned from the front and started families. Subsequently, the economy grew steadily by around 3% in the postwar years, which also solved the debt problem. But now, says Brusca, the U.S. is in a completely different situation. The pandemic has affected the population, and therefore the economy, more heavily than in other industrial nations, such as Germany. Americans are also older on average today than they were around 75 years ago. After the pandemic, there will be permanent structural changes to the economy, such as higher long-term unemployment, according to the expert.

Impending Risk If the World No Longer Believes In the Dollar

The U.S. does not run the risk of sliding into national bankruptcy. Americans can go into debt in their own currency, an invaluable benefit, as the Greeks and Argentines know. If need be, creditors can be managed with the help of the printing press, although that would be risky if the world loses faith in the dollar. A large part of the power and influence held in Washington, including the threat of sanctions, as was the case with the Baltic Sea pipeline Nord Stream 2, is due to the status of the dollar as a reserve currency. Those who can no longer do business in dollars can pack up and leave. Neither international banks nor corporations will risk exclusion from the U.S. financial market.

Just as in previous crises, the COVID-19 crisis has sent international investors rushing toward U.S. government bonds, and with that, investors are financing U.S. debt. U.S. debt securities are still considered to be the safest financial instrument. To replace these as a safe haven, there needs to be a credible alternative.

As long as none exists, Washington can keep pushing the mountain of debt along. But the dollar and U.S. government bonds owe their special position to a strong and dynamic economy and stable political leadership, both of which are becoming increasingly uncertain.