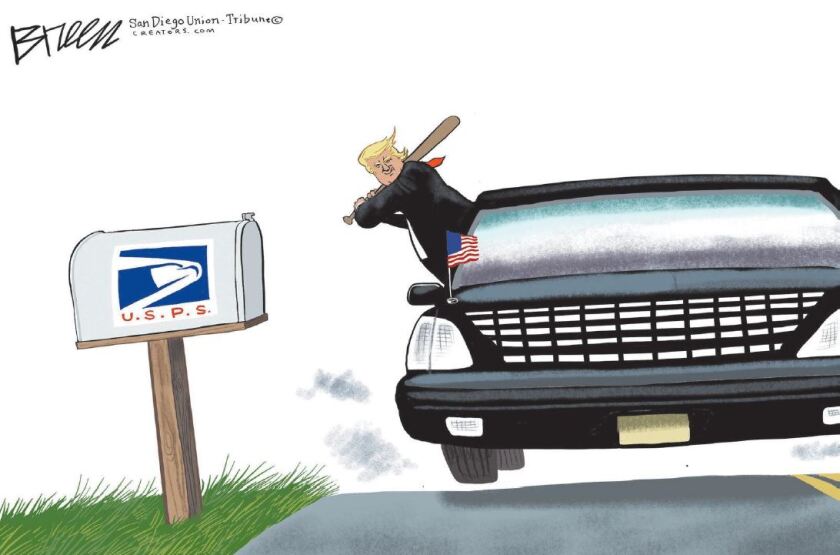 An authoritarian tsunami around the world

If the presidential elections were free and fair, Donald Trump would most likely lose. That is why he is doing his best to make sure the election is not free or fair.

For several months Trump has undermined the credibility of the potential results of November’s election by claiming that mail-in voting leads to fraud. He has reduced postal service resources to stop mail-in ballots from arriving in time, and the Republicans are working to remove voters who oppose Trump’s reelection from voter registration lists.

In several of the swing states, there is speculation that the Republicans who control state legislatures will not certify election results if Joe Biden wins. This may be particularly true if on Election Day, Trump reiterates his accusations of voter fraud and demands that the votes not be counted.

It should not surprise anyone that Trump does not want to be removed from office in a democratic election. In Russia, Vladimir Putin was elected in 2000 and quickly rigged the system so that he could remain in power. In Hungary, the equally authoritarian Viktor Orbán was elected in the country’s last free election in 2010. He then went on to change the constitution and the election code so that he could not be removed from office.

Since the fall of the Berlin Wall, we in the West appear to be living under the preconception that history only moves in one direction toward democracy. However, history moves more like a wave, and currently there is an authoritarian tsunami rolling across the world.

The question is not whether Trump will attempt election fraud, but whether he will succeed.

We should also not be surprised if the Sweden Democrats attempt to do the same thing if they come into power. As recently as the last elections, the Swedish television network SVT reported that the party had set up a fake Facebook group in order to report “election fraud,” the same type of strategy used by Trump in undermining election results. On the Sweden Democrat Party homepage, there is a story about Danish “election observer” Michael Aastrup Jensen, a strong critic of elections.

The story is fake. Jensenhe was not an election observer but a right-wing Danish politician. At the same time, a record number of notifications about election fraud, more than 400, were reported after the election.

The Manual Is There

There was talk about rigged elections last winter. It is part of the populist right-wing narrative to mistrust the system, Christer Mattson, an expert in Nazi movements at Segerstedtinstitutet, told Expressen.

In 2018, neither the Sweden Democrats nor the remaining extreme right had any real power to manipulate the election results. But what does the future look like? The manual is there for all of us to read.

Can the situation we see happening in the United States happen here, too?