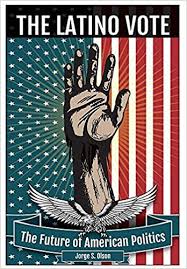 The growing influence of Russia and China all across Latin America is no secret. China is focused on its economic and trade interests, on ensuring the supply of raw materials and markets for its products. Russia is oriented toward military procurement, the petroleum business and geopolitical influence.

At first glance, unlike Russia, China does not seem to have a political agenda. But certainly, its growing economic presence is not really about what we would call contributing to the development of democracy. The Russians do have objectives with specific implications for the national security of the United States, especially in the case of Venezuela.

This phenomenon is finding fertile ground in the decline of U.S. leadership in the region and its lack of initiative. The Latin America agenda has to transcend the previous paradigms, intelligently reworking the vision of John F. Kennedy’s Alliance for Progress. That would involve a holistic system of economic and social cooperation, with a functioning diplomatic system for the strengthening of democracy and the protection of human rights on the continent. It also has to provide incentives for the transition to democracy in Cuba, Venezuela and Nicaragua, taking into account the specific situations in these three regimes. Up until now, we have seen that vision articulated well only in Joe Biden’s message and the Democratic Party platform.

In addition, it is necessary to understand that the impact of the COVID-19 pandemic demands a hemisphere-wide response, lest China itself should continue to utilize this crisis as a window of opportunity, something it has been doing systematically.

In reality, if we think about the origins and demographic diversity of the United States, it is Ibero-American. Latinos already make up 13% of the U.S. electorate. It is apparent that we must take advantage of that electoral power in order to increase our political representation, develop human resources for public service and mobilize our social force around a domestic and foreign policy agenda. The COVID-19 crisis demands an ambitious economic response, which takes on the task even in the face of the economic transition to the environmental emergency and the social sustainability of our market-based economy. In this sense, the relationship between Latin America and Spain is especially significant.

In its strategy for empowerment, the Hispanic leadership in the United States has to take on that ambitious economic and international agenda as a fundamental element of its proposals and political action.

In this election, by the way, we have an opportunity to move in that direction. The first thing is to confront with clarity the fact that Donald Trump’s only initiatives regarding the region are speeches concocted to exploit and manipulate emotions in Miami. Make no mistake about it. In addition to their commitment to a change in the White House, organizations like Latin Victory are joining with the Democratic Party in the fight to elect 85 new Hispanic leaders to the Senate, the House and state legislatures, where our community has decision-making power.

We are referring to candidates like Ben Ray Lujan, running for a U.S. Senate seat from New Mexico; he would be the third Hispanic in the Senate Democratic caucus, along with Bob Menéndez (New Jersey) and Catherine Cortez-Masto (Nevada). Debbie Mucarsel-Powell in Florida, Antonio Delgado in New York, Gil Cisneros in California, Silvia García and Verónica Escobar in Texas and Xochitl Torres Small in New Mexico are all running for reelection for seats in the U.S. House of Representatives. There is also Teresa Leger Fernández in New Mexico, as well as other emerging women leaders who are running for seats in Congress, like Candace Valenzuela in Texas, Brenda López in Georgia, Christina Hale in Indiana and Michelle de la Isla in Kansas.

They are all choices that will ensure that our voices will be heard, that our priorities will be addressed, and that national legislation will eliminate those blind spots that have marginalized the interests of our community. A broad-based approach like this will let us advance in a grand Hispanic coalition, promoting the interests of our community, from immigration reform with a path to citizenship to economic empowerment of Hispanics. In addition, it will be possible to give the relationship with Latin America the priority it merits, with the focus on cooperation and democracy-building that is urgently needed in U.S. foreign policy.

On this last point, the only way to confront influences that could be harmful for various reasons is to strengthen Latin America from within, through its people, its democratic institutions and an economy that eliminates the inequality gap. The United States can — and is called to — contribute much to this objective. The Hispanics have to make it a priority. And make it a reality, soon.