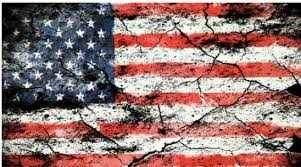 The press analysis of the race for the White House has teemed with speculation about who will win eight weeks from today. Will it be the Democratic Party candidate Joe Biden or the incumbent Donald Trump for the next four years? Such analysis reflects a combination of expectations stemming from the analyst’s body of facts, and his or her political orientation based on personal experience or hopes.

I cannot recall a battle for the American presidency as intense, divisive, and ferocious as the battle going on before us, while some argue that this type of polarization isn’t new. Nearly 250 years have passed since the founding of the American Republic, and despite its “final political solution” for the structure of modern societies, we find in studying America’s history that a similar kind of polarization has appeared before.

Consider the following passage: “The conduct of the republican party in this nomination is a remarkable indication of small intellect, growing smaller … They pass over … statesmen and able men, and they take up a fourth-rate lecturer, who cannot speak good grammar.” Whoever reads these lines may think they refer to Donald Trump, but the text is quoted in a book by the American presidential historian Doris Goodwin and was originally published in The New York Herald on May 19, 1860. The person concerned in the comment was none other than Abraham Lincoln, who would go on to become a national hero.

The point is that there has always been conflict in the race for the White House, except that the current race is unprecedented in its intensity. Not because the contenders’ personalities are different, but because time does its work, which may not be noticed by those living today. The intense polarization that we are witnessing in American society is a symptom of a profound disease. As it is the inevitable tendency of all man-made systems to decay and die, none of the Founding Fathers believed when they created their system that it would last forever. There will come a time when the system ends. What one observes today through the fog of election opposition is that political liberalism is sick. Liberalism’s success in the previous century has given way to the appearance of many unsightly boils at the surface that have gone untreated. Cries for equality and justice have attracted many around the world. America’s founders also placed their hope in these ideals, the implementation of which has slowed severely. Inequality is on the rise, and the land where liberalism first took root continues to suffer from a deterioration of its physical, spiritual and even moral character. Large segments of the American population are feeling increasingly helpless. In turn, this inequality has nearly caused a small-scale civil war in American cities and densely populated regions, a conflict which is expanding to isolated and secluded areas as doubt spreads among citizens on account of their skin color.

In a book recently published in Arabic by Alam Al-Maarifa called “Why Liberalism Failed,” Patrick Deneen writes, “Some 70 percent of Americans believe that their country is moving in the wrong direction, and half the country thinks its best days are behind it.” This sentiment of decline is related not to the people, but to the structure of their government, which has in recent years become like the pendulum of a clock, swinging from the far left (in the Barack Obama era) to the far right (in the Donald Trump era).

As has become clear during the crisis, the absence of trust in institutions has its roots in the widespread doubts over institutional politicization and loss of professionalism and neutrality, from police forces to public affairs. The situation has become so bad that even trusting medicine and vaccines to defeat a pandemic which has claimed hundreds of thousands of American lives (more than most of America’s foreign wars), is done with suspicion! Elections have seen the lowest turnouts because people have lost confidence that the results will change anything. In view of the pandemic, even election results themselves are subject to question. And for the first time ever, there is public discussion over the fact that the American president may not leave office regardless of the election results!

The United States is witnessing the demise of its moral leadership around the world. Values such as freedom, equality and human rights are no longer important to the Trump administration. Instead, the president seeks to maximize the wealth of those parts of society that elected him. Some of the most knowledgeable American commentators argue that in recent years, the United States has lost its friends and not won over any enemies. Instead of “Make America Great Again,” the slogan “America Alone Again” has become a reality.

Has the American political system grown old, and are the tools available to America incapable of bailing it out any longer? The gap between the haves and have-nots has widened, and white people are fleeing the inner cities for the suburbs and gated residential communities. People are dividing into religious groups and secularist groups, Black people and white people. Political parties have turned tribal. The idea that immigrants are a treasure has given way to the idea that immigrants are dangerous! Serious publications raise all these issues, and they are debated by scholars and the media. And the most pressing question is whether the American system can be fixed and restored to the model that the Founding Fathers made. Or, has the time come to reject whichever candidate is elected president this fall?

We are witnessing a writhing pain deep in the old regime, and the actors on the stage are the result of this agony. This pain may bring a new regime whose features we cannot foresee. Perhaps we are witnessing the birth of a new republic, one that relies on populism as well as an attending incitement to racism and elitism, in order to appeal to the public. Or perhaps we will see an inward-looking regime that focuses on fundamental reform. The dilemma is that the status quo, however appealing it may seem to some, totally goes against the march of human history, which all evidence indicates is moving toward forced globalization made possible by an enormous technical boom.

The world of today has brought more speed, more depth and lower costs to global interactions in an unprecedented way. There is no question of isolation, even if it prevails in some places. Nations are obliged to engage because it is now impossible to halt the operation of a global economy and its consequences. Only a supranational political organization can address issues such as pollution and the world’s responsibility to save the planet, which require everyone’s cooperation. Otherwise, nature as we know it may disappear and with it devour humankind through climate change and lethal diseases that do not stop at the border. Let us not forget other issues including human rights, reducing conflict, and intercultural exchange, which today is accomplished by a small ubiquitous device that is developing rapidly, the mobile phone! From this perspective, what happens in the American Republic, the strongest country in the world for its technology and economy, concerns the entire world, for better or for worse.

Finally, we note that the rest of the world has a negative view on the rise of ideologues and people with little expertise to positions of power in the United States.

The author Mohammad Al-Rumaihi is a researcher and professor of sociology at Kuwait University.