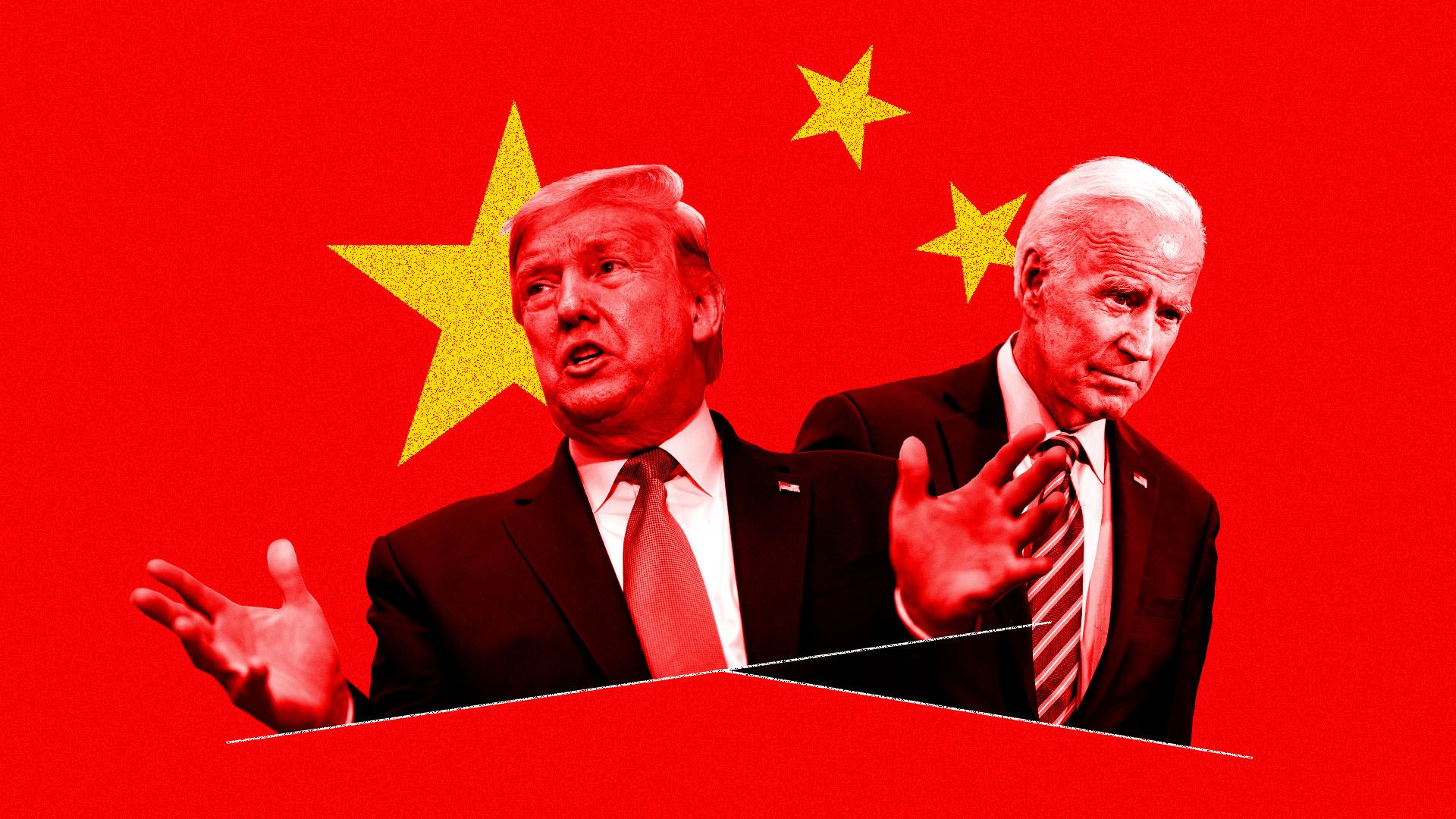 On Sept. 15, the U.S. government will implement its latest sanctions against Huawei, which will effectively cut the smartphone manufacturer’s production line. What reasons underlie the constant efforts by the Trump administration to block Huawei? And what effect will the upcoming U.S. presidential election on Nov. 3 have on the U.S-China trade and technology wars?

The trade and technology wars are both structural factors in the power struggle between the United States and China. Since both U.S. political parties are currently more hawkish toward China, a difference in the election outcome will not lead to a swift reversal of America’s stance. In fact, this is why many analysts believe that Joe Biden’s China policy will not be much different from Donald Trump’s. Still, the two candidates’ actual policies and their effects will differ.

First, in terms of the trade war, Trump’s trade policies toward China are aimed at reducing the trade deficit and regaining jobs stolen by China. He primarily relies on high tariffs to force China into negotiating trade deals and committing to buying from the U.S. Biden, on the other hand, advocates higher wages and workers’ rights. On the topic of the trade war, tariffs and sanctions, he has mentioned many times that he does not want to see the price of high tariffs eventually passed on to U.S. companies and the American people.

Since the trade war has already entered talks and negotiations, Trump has been satisfied with China’s progress in implementing the first phase of agreements. Regardless of whether Trump or Biden wins, the U.S. will closely watch Beijing’s purchase of $200 billion worth of U.S. goods over the next two years. At the same time, it will want to begin the second phase of trade talks, a critical phase that will test Beijing’s commitment to openness and reform.

If Biden wins, he will probably continue with the first phase that Trump negotiated. Regarding high tariffs and sanctions, however, he may gradually expand the scope of industries sanctioned and the scale of tariffs to advance trade negotiations. No matter who wins, the second phase of trade negotiations will be highly controversial, and whoever is in the White House may resort to using sanctions. At this point, the U.S.-China trade war might erupt once more.

The technology war is actually the key to the U.S-China power struggle. The Trump administration is blocking Huawei and cutting its supply chain in an effort to interrupt or delay China’s technological development. Banning TikTok’s operation in the U.S. is an attempt to prevent new Chinese industries from seizing the current domination of technology by the U.S.

In recent years, the number of academic papers on technology published in China has surpassed that in the U.S.; still, the U.S. leads in many high-tech areas, such as semiconductors. Trump’s prohibition of the export of core technology, manufacturing equipment and design software to China has hit Chinese tech companies hard. But it has also pushed China to speed up production of domestic substitutes and establish a self-sufficient supply chain sooner than planned — and this has given rise to a nickname for Trump: “Trump, the Country Builder.”*

No matter what the outcome of the U.S. presidential election is, the technology war between the U.S. and China will result in a global technology split. Trump’s reelection will accelerate the separation of U.S. and Chinese high-tech industries and technologies, whereas a win for Biden will result in a continuation of similar policies. However, both candidates might change how they would continue to block Chinese companies, because the costs of shutting out Chinese technology are too high: The global supply chain is difficult to break, U.S. companies are unwilling to lose the Chinese market and high semiconductor prices will hinder technology development and innovation. Some degree of adjustment is needed.

Finally, domestic factors are still what will affect post-election policies. The U.S. has the highest number of confirmed COVID-19 cases, racial tensions have created a feeling of general insecurity and the American people are relying on financial help from the government to solve economic and employment problems. Biden has advocated for raising corporate taxes and proposed numerous welfare policies. Therefore, if he wins, he might, under pressure from both the stock market and the economy, ease some of the high tariffs and technology blockades to prevent a larger financial burden from falling on businesses and the American people. However, if he proposes a more comprehensive China strategy, the competition and confrontation between the U.S. and China will be even clearer.

A win for Trump will validate the efficacy of the trade and technology wars and the benefit of anti-China policies in the election strategy. This would be particularly true for Secretary of State Mike Pompeo, who, by leading the anti-China strategy, greatly increased his political capital for a possible run in the next presidential election. U.S.-China relations might continue to deteriorate. Or, if Trump is reelected, the risk of societal unrest and political turmoil may increase. In the face of a huge governance crisis, Trump — always one for a deal — may use high tariffs, technology blockades and even the U.S.-Taiwan relationship as bargaining chips in the U.S.-China relationship.

*Translator’s note: The term “Jianguo,” meaning “country builder,” is a first name that was popular among Communist patriots during the revolution, but here is used jokingly by the Chinese to mean that Trump is helping to build a country — just not necessarily the U.S.