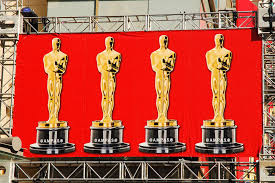 Olga Zinyakova, president of the KARO cinema chain, on why the new rules for Oscar nominations have caused such a heated debate.

The controversy surrounding the news from the Academy of Motion Picture Arts and Sciences has not subsided. To remind you, the organization that presents the Oscar awards recently issued requirements needed to be considered which will be applied to the most important nomination of the 24 categories: best picture. The news shook the public in Russia no less than it did in America, and there were more concerns and speculation than there were any civilized attempts to understand why the academy did this.

Beginning in 2024, films that seek consideration for the best picture Oscar must meet at least two of the four standards specified for both on-screen and behind-the-scenes roles, and be filled by people from underrepresented groups including people of color, women, LGBTQ people, and people with cognitive or physical disabilities.

Rules take full effect in 2024 so that producers and studios will have enough time to prepare. Not all films are required to meet the new standards, only those that hope to win the main award. We need to remember that the film that wins best picture does not just win an award but reflect and represents the entire year. Therefore, the demands are greater than those for just a remarkable and talented film.

Academy President David Rubin said that they were prepared for a controversial reaction. The goal is to provide opportunity to those who, in the past, couldn’t even dream about winning an Oscar. These changes were made not by bureaucrats disconnected from reality, but by movie producers who are directly interested in the success of films in the U.S. and the rest of the world. Moreover, these requirements are based on the rules of the British Academy Film Awards, which has an impeccable reputation. According to The Los Angeles Times, the academy previously interviewed several thousand members within the film community, including directors, actors, producers and film studio representatives, all of whom supported the project. These are the very people who will have to comply with the new standards.

The audience and the critics worry that a real masterpiece will not be recognized because of this “censorship.” Let’s look at the high-profile films of recent years. It is hard to find one that does not already follow the requirements. After all, during the making of films that are eligible for an Oscar, there are thousands, if not tens of thousands, of people involved in the process, and among them there are those from the underrepresented groups at issue. By the way, the most popular box-office films in the U.S. and Russia have never won an Oscar. A masterpiece doesn’t need a prize; it needs an audience. Apart from that, we will never know how many outstanding films were not created and would never receive the precious statuette because of discrimination.

Once there was art, but now there is only politics, accusers exclaim. Yes, the academy wants as many people as possible to watch the award ceremony. It is important for major U.S. companies to express their positions on relevant issues. The Oscars have long been accused of racism because 80% of nominees are white middle-aged men, and 90% of the award winners are white men. A few years ago, the hashtag #OscarsSoWhite went following a scandal. Now the academy is formalizing measures meant to restore the award’s reputation. The norm is easy to get around, but the rule is not.

Of course, we have every right to say that they’ve gone insane with their tolerance, but the key words here are “they” and “their.” The Oscars are American awards and “they” have “their” right to go insane as long as it does not threaten others. In the meantime, we can build our tolerant, fair, apolitical and completely free society here in Russia, which will have a positive impact on the industry.

It is interesting that some of those groups that have been mentioned in the new standards call the new requirements “positive discrimination.” Apparently things weren’t so bad until they were made worse. But history shows that such decisions inspire new talent, like the films “Parasites” and “Moonlight,” which helped the film industry overcome a longstanding crisis.

Finally, I want to recall what the CEO of the oldest Hollywood studio, Paramount Pictures, Jim Gianopulos, said. “But the intentions were right, the objectives were correct and I think it achieved those. Is it perfect? No. Is it progress? Absolutely. So that’s got to be good enough for now.”

The author is a film manager and president of the KARO cinema chain. The author’s opinion may not reflect that of the editorial board.