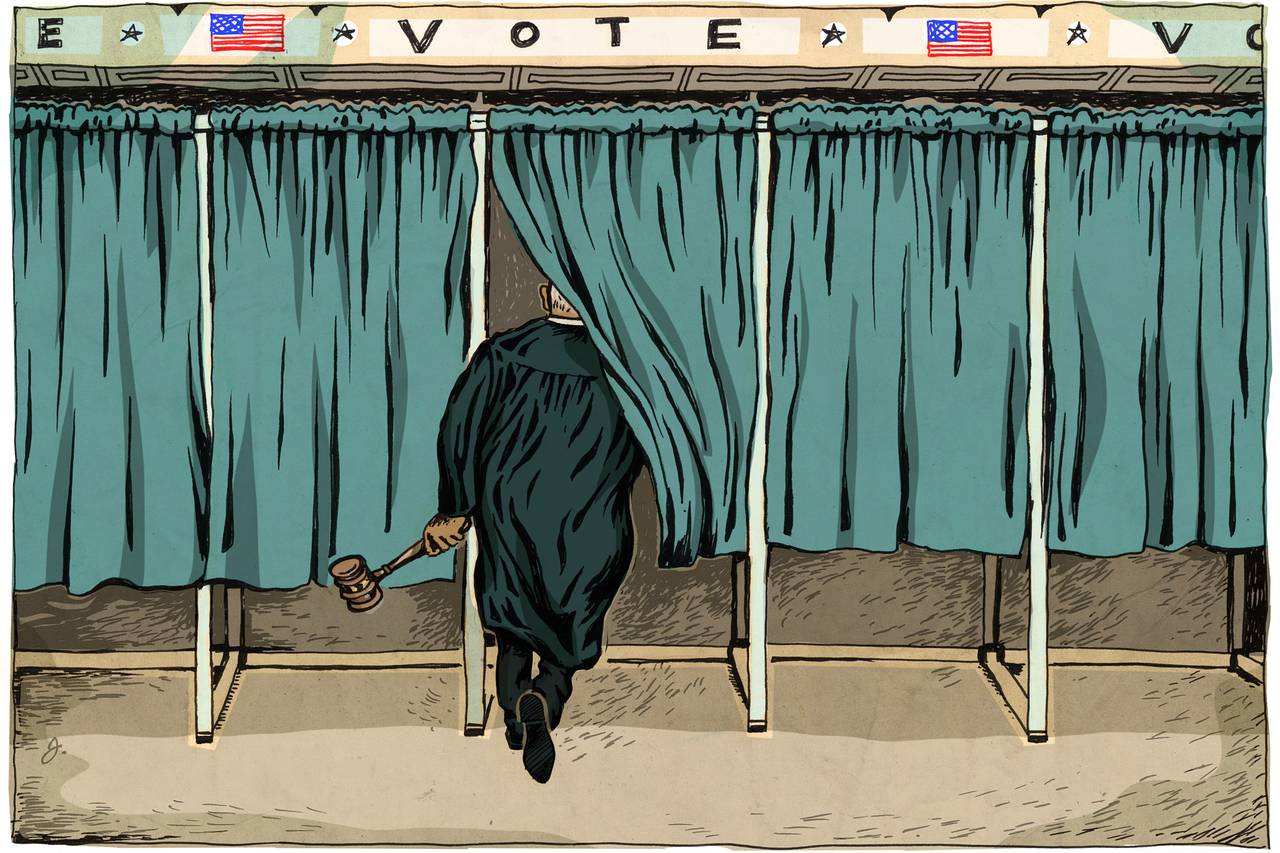 A dysfunctional Congress increasingly politicizes the Supreme Court. That is undemocratic and undermines confidence in the judiciary.

The death of Supreme Court Justice Ruth Bader Ginsberg occurring so close to the Nov. 3 presidential election has unleashed an unprecedented political conflict. The Supreme Court’s shift to the right could be cemented for decades with another appointment; the Democrats want to prevent this at all costs.

While the classification of justices as “conservative” or “liberal” is not politically incorrect, it does suggest clear party loyalties. But that is only partially correct.

Essentially, two schools of law are clashing here. The liberal one proceeds from the premise that the Constitution is a framework needing new adjustments in the face of societal developments. The conservative line purports to always interpret the Constitution within the meaning of the Founding Fathers; everything else is an attempt to practice politics from the bench.

At the same time, it is the latter group that is politicizing the courts. By organizing the Federalist Society and working out clear lists of recommendations for Republican nominations, they were the first to accomplish building political camps among the justices — an end that they allegedly criticize.

However, the problem lies completely elsewhere. Drafting constitutional reality by enacting general rules or laws is not actually up to the courts, but instead, the legislature. For several years, however, it has been compromised because the two houses of Congress and the president have only been able to agree on anything in exceptional situations.

So presidents govern increasingly by executive orders — and it falls to the courts to either allow or stop these. Laws of individual states land before the Supreme Court — and its decisions then have ramifications for the entire country without Congress ever having made a decision. The more dysfunctional the legislature is, the more politicized the judiciary becomes. As long as this remains so, judicial nominations will be fought over as if there were no tomorrow. That is not very democratic and ultimately undermines confidence in an independent judiciary — but it is unavoidable in this system.