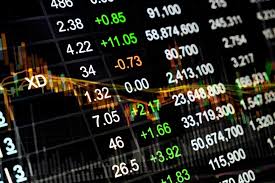 Financial analyst Yevgeny Mironyuk on the reasons for not changing the U.S. Federal Reserve rate.

During a press conference following a meeting of the Federal Open Market Committee, Fed Chairperson Jerome Powell did not report on new measures to stimulate the American economy. The target range for the federal funds rate was kept at the level of 0%-0.25%.

It’s clear that record high liquidity injections will continue. This is also due to the fact that inflation from growth is constrained by weak demand, which was confirmed by the retail sales data published on Sept. 16. And the consumer price index remains depressed, despite an increase from 0.1% to 1.7% on an annualized basis in August. This is due to restrictions on international flights, services, weak imports, relatively low energy prices and the lack of action by Congress to support the economy.

The Federal Reserve System targets price stability and functions to achieve the goal of maximum employment in the United States, which is unusual for the regulator. It is these two parameters that the monetary authorities pay special attention to. Inflation will tend to rise above 2%. The benchmark for price increases (excluding energy and food) is 1.2% this year and 1.7% and 1.8% in 2021 and 2022, respectively. Therefore, the threshold level of 2%, according to the expectations of the Fed, will be overcome in three years.

But more recently it was announced that exceeding this level will not be a signal for immediate action. Instead, the Fed will begin to focus on the “average value” of core inflation of 2%. For investors, this means that real rates in the economy, after deducting inflation, will remain negative for a long time. Also, reaching maximum employment will be a signal for an increase in rates. We’re likely talking about an unemployment rate in the region of 3.5%, which was fixed for six months from September 2019. The unemployment forecast for this year has been improved, and the rate is expected to decline to 4% after only three years.

The markets were expecting new incentives, but they were not actually announced. The measures of the monetary authorities are almost completely utilized. More important are other decisions that don’t depend on the Fed, for example, the adoption of a stimulus package before the departure of Congressmen on “vacation” on Oct. 2.

As for the Fed’s balance sheet, there is no point in expanding it at the moment, after reaching $7 trillion in May, it has remained practically unchanged over the past four months. Stock indices are at their highs, volumes of buybacks under the quantitative easing program are relatively balanced.

Investors are focusing on how many years in a row the rate on fixed assets can be near zero. This will affect the dynamics of real rates. For ten-year Treasury bonds, the yield indicator, has been in the range of 0.64%-0.75% since mid-August. This means that the real rate, based on inflation of 1.7 % year over year in August, is negative and amounts to about -0.9%. The bond market may begin to discount the rise in inflationary expectations. In this case, rates on securities will go up and financial conditions will tighten. Efforts to support the economy, in this case, will be leveled.

Despite this uncertainty, Jerome Powell’s statements are full of optimism. Improved forecasts for unemployment — for example, this year it will be 7.6% — and gross domestic product, which is expected to fall to 3.7% in 2020. We see a restrained reaction from investors with the S&P 500 index declining slightly. If new incentives are announced at the next speeches by members of the Fed’s open market committee, gold could retest $2,000 per troy ounce, the euro could surpass 1.2 per dollar, and the U.S. stock market could show new all-time highs.