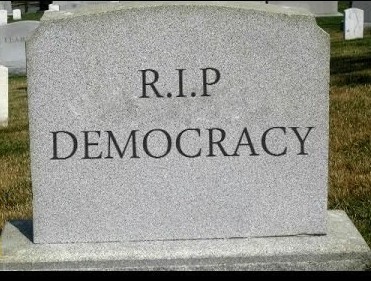 Democracy dies in a variety of ways. However, a particularly common route is through the slow dismantling of institutions, accompanied by a gradual change in the stance of the authoritarian regime, until suddenly, the separation of powers disappears, the rules are disobeyed and the established order is replaced by impulse. We have seen this in all kinds of countries. Now, we are seeing it in the United States.

Maybe it is difficult to understand the scale of the seriousness of Donald Trump’s presidency because it consistently appears to be a caricature. Neither his decisions nor his declarations nor his fights give the impression that they form part of a master plan orchestrated to tear down the pillars of U.S. democracy; rather, they look like the impulses of an arrogant multimillionaire who wants all the world’s attention focused on himself and his desires. It was easier to poke fun at Trump the candidate than to take him seriously; that is how he managed to win. During the early years of his presidency, it was easier to see him as an inexperienced and erratic leader who didn’t much know what he was doing. But this year, the mask has slipped. Maybe Trump’s outbursts are improvised, but their objective is clear: He wants all the power for himself and his allies, even at the cost of the Constitution.

Perhaps the most disappointing aspect of the situation in the United States is seeing how the Republican Party, which on paper defends democracy, freedom and American institutions, has turned a blind eye to Trump’s violations of each. For them, the calculation is obvious: The current U.S. president helps them to advance their conservative agendas. But politics without principles is pure wretchedness, and even more so when what is at play is the democracy of the most powerful country in the world. There are no excuses for remaining at his side.

Yet remain by his side they do. Four years ago, nine months out from the presidential election, Barack Obama tried to fill a vacant seat on the Supreme Court. The Republicans opposed this, arguing that a decision of such transcendental importance should not be made during an election year. Now, two months from the presidential election, the same Republicans are doing everything within their power to confirm a new justice and further swing the balance of the court in favor of conservatives.

One final example. On Sept. 28, 2020, The New York Times published Trump’s tax returns from the past two decades. It found that he paid just $750 in taxes the year he won the presidency. Out of the 15 years prior to that, there were 10 in which he did not pay so much as a dollar, supposedly due to losses he incurred. By contrast, Joe Biden paid nearly $4 million in taxes in a single year. Furthermore, there are signs that Trump has attempted to evade what he owes to the IRS. The report by the Times says that the IRS is considering an audit of the president. Despite this, his Republican allies have flocked to his defense.

Not long ago, Trump said that he was not sure whether he would cede power should he lose the election. He has used all kinds of methods to discredit the upcoming results, speaking of supposed fraud and conspiracy. What other red flags are necessary to see that democracy in the United States is facing the risk of death?