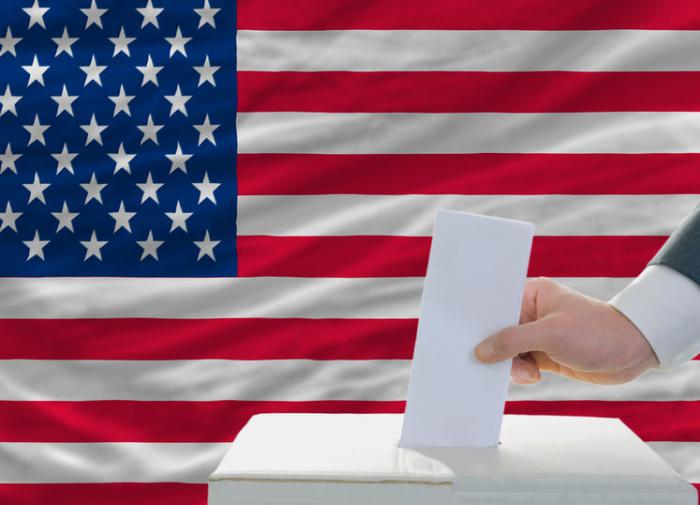 Usually, the presidential election in the U.S. is a grandiose action, a gigantic spectacle, a sea of emotions. But not this time.

Arguably, over the last 10 years, the United States has not seen such a meaningless, inept and tiresome presidential campaign.

In essence, this campaign is not really a campaign at all. The problem is that the coronavirus pandemic has created a very specific environment in which the election is occurring. As soon as Donald Trump announces a mass demonstration in support of himself, the charges immediately pour in against him, namely for promoting the infection of many hundreds and thousands of people with a sinister disease.

At the same time, Democratic supporters, liberals and other opposers of Trump have supported massive Black Lives Matter protests, regarding such demonstrations directed against Trump — who is periodically declared to be a racist — as being by no means dangerous for the health of citizens.

And this double standard is present everywhere.

The Pandemic Has Nullified All of Trump’s Achievements

Frankly speaking, nobody is talking about platforms, about how both candidates are preparing to “heal” the economy. Everything revolves around the coronavirus.

The vice-presidential candidate for the Democratic Party, senator and former-prosecutor Kamala Harris, essentially presented the main charge against Trump, that the U.S. has the most coronavirus infections out of all the world’s countries.

Allegedly, Trump blamed China, did not display sufficient vigilance, and did not prepare his country in order to meet the coronavirus aggression with honor. And here now a nation has fallen into a most-difficult situation. But, undoubtedly, Joe Biden has a plan for how to overcome it all.

Indeed, it was not possible to hear the details of the plan from the leaders of the Democratic Party or from their presidential candidate apart from needing to wear masks, which “bad” Trump does not do.

It needs to be said that the coronavirus has actually created a very unfavorable situation for Trump. He asserts that from May to the present, he succeeded in creating 9 million new jobs. It’s possible that this is actually true. But against the background of 40 million people who, up to the present, have lost their work, this figure does not seem very impressive. For about 30 million other people, everything is the same; they will remain without work and won’t last long with the government help.

In fact, the pandemic has nullified all of Trump’s economic achievements. Now, judging by public opinion polls, the circumstances are not in his favor but it’s still safe to say that Trump’s core electorate is stable; however, the undecided voter might not vote for him this time.

The thing is, older people are more inclined to suspicion, are afraid of diseases, understand the cost of life, know that not much remains for them and value every day. Therefore, this unstable situation is creating an incredibly bad, nervous environment for this campaign.

And, of course, a protest vote is possible that is not so much for Biden as it is against Trump.

It looks like Biden has perked up. He no longer says that more than 1 million people have died from the coronavirus in the U.S. He behaves more carefully and speaks more competently. At one point, he was quite reminiscent of Leonid Ilyich Brezhnev from 1980 or 1981.

It needs to be said that the pandemic, in general, has imparted this situation regarding masks with an almost peculiar and ridiculous charm. Probably 95% of residents I meet in Washington attend meetings wearing masks.

The difference between Americans and Russians is that Americans actively believe that masks can help them.

In these conditions, what will remain for Trump? For example, he can try to inflate patriotic rhetoric. Not long ago, he assailed school curricula. He said that students are taught distorted American history. They slander their country’s history and call into question American values. He critiqued, in part, a book that became popular 20-25 years ago by a historian from Boston, the unfortunately now deceased Howard Zinn, called “A People’s History of the United States.” [https://www.goodreads.com/book/show/2767.A_People_s_History_of_the_United_States] Trump, as a supporter of the American model of capitalism — merciless capitalism — adamantly dislikes Zinn.

Trump is the type of politician who would like to leave all the American values of the founders untouched. He does not like that liberal Democratic forces — leftist forces — want to destroy monuments dedicated to generals who fought for the South in the Civil War. His request symbolizes the desire to save the one-dimensional white America and the perception of life that was formed in past centuries.

The only problem lies in that the America that Trump cares for essentially does not exist. It has never existed. For the last few decades — throughout the administrations of Bill Clinton, George W. Bush and Barak Obama — the U.S. actually has received a large inoculation of tolerance.

Regarding another matter, both candidates are old. Biden sometimes breaks his phrases off in the middle, gets confused, then forgets his words. Trump once said that before the debates one should test the candidates to make sure they are not taking any medications.

The Russians are not interfering or supporting Trump, and they are not trying to discredit Biden in the listless and boring presidential campaign, where everything sounds the same. At least in Russia, this is not the case so far. Illusions about Trump somehow becoming especially friendly in relations with Russia have long since dissipated.