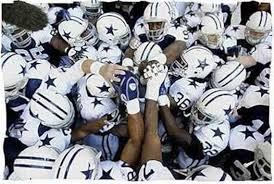 We could have expected this to happen. The situation escalated in a dizzying and dangerous manner. Only four weeks into the 2020 season, the pandemic had begun to do its thing, and two games had been postponed by the outbreak. When it hit the Tennessee Titans, we imagined the situation was controllable up to a point if the game between Tennessee and Pittsburgh was postponed. But when the outbreak escalated and included star player Cam Newton, causing the cancellation of another game — New England vs Kansas City — things looked different and truly put the entire season in doubt.

And the Titans–Steelers game, scheduled for two days later, had to be postponed for three weeks to the seventh week of the season on Oct. 25.

Yet despite this cancellation, a Patriots-Chiefs game took place yesterday. The question is whether conditions were right for playing that game or whether there was economic pressure to go ahead. We mention this because it draws attention to the fact that the Patriots-Chiefs game was delayed by only one day, despite the fact that both teams were exposed to Newton and to Jordan Ta’amu, the Kansas City practice team quarterback, with whom all the players had contact during a week of practice.

According to some experts, the danger of a quarterback being infected elevates the risk of an outbreak if one considers that a quarterback is the most talkative player on the team and shouts instructions to 10 offensive players huddling with him before the play. That situation is repeated many times during a week of practice and on game day. If that’s not enough, the quarterback is the only one who shouts before the hike, and it is known that the disease spreads through microparticles that are expelled when speaking and even more so when shouting. The quarterback shouts while facing the offensive linemen, as well as the defensive linemen — over and over again.

Whether you accept it or not, what is certain is that because of the imminent spread of the virus that is starting to shake up the National Football League, the organization could reach the point where it will be unable to reschedule postponed games each week. That is so because it is a logical certainty logistics will collapse at some point, and it will be impossible to find dates to play the games.

As we saw in the first case, the postponement of the Tennessee-Pittsburgh game affected the regular schedule of the Baltimore Ravens because of the intricacy of scheduling 32 teams and 17 weeks with a total of 256 games in four months (September to December). This is the first issue.

Also, what’s with the Titans who continued to find positive COVID-19 cases among its players and team personnel days after the outbreak was discovered? Can the league really think it is realistic that a team with 20 contagious members (between players and staff personnel) can guarantee the security of the opposing team during a game?

First of All, It’s a Big Business

Let’s be honest: It is dishonest to say that because there were no positive tests among opponents during the last games against the Titans and Patriots (Vikings and Raiders, respectively) that this will be true in the future. The ethics of the commissioner and the owners will have the impact on this game of Russian roulette among players. In the NFL, perhaps more than any other league in the world, millions and millions of dollars are in play during a season, preventing even the thought of a cancellation. We could be swayed toward malicious speculation about whether the league would resort to hiding positive COVID-19 cases to stop the curtain from going down on the show.

And to be honest, with the positive diagnosis of Titan nose guard DaQuan Jones, could anyone believe that Vikings center Garrett Bradbury was not infected when he faced him directly time and time again? Because of their playing positions, both face each other in every play.

If that were not enough, suffice it to say that according to the game schedule at least, the Titans will host the Buffalo Bills next Sunday, Oct. 11. The question that should cross the minds of many people in the league is whether they actually make the Bills mix with a team that has already had 20 positive cases. Furthermore, it would be interesting to know the deepest thoughts of the team from Buffalo.

As we have said, it is certain that there is a great deal of money involved, and as we have also said before on other occasions, (see the column of Aug. 25, 2020) we predicted that this would be a season “of little lies,” because of the absence of planning in training, a canceled preseason and stadiums empty of fans for both the home and visiting teams. We also predicted that if justice prevailed, as it is doing, it is because the league is a business.

Whether we like it or not, the players are expected to show up to play because, after all, it is their job. And because they receive millions of dollars, and because there was a labor agreement, and because there was pressure to have a season. Initially, it is certain that there was an option for players to withdraw from the field without reprisal in exchange for minimum pay. But when the league saw the list filled with deserters, it reduced the time limit for the taking the option not to play. The measure was highly criticized by several players who were still deciding. Of course, there were no big stars on that list, but one has to keep this in mind: How would a team owner react upon seeing his star player (specifically a quarterback or running back) refuse to play?

Between Winning and Losing

And this is the point when we arrive at the bottom of this basket of ideas. It is true that the owners, the TV networks, (the league’s principal partners) and all the commercial interests involved would not accept abandoning the huge business that a season represents. But have they thought about how much it’s worth to risk their investment, in the long run, for the sake of profits for only one season?

Previously we referred to specific cases of players who truly are stars, not only for their team but also for the league. The clearest example is that of Patrick Mahomes, quarterback for Kansas City with whom the Hunt family (owners of the Chiefs) have a 10-year, $450 million contract. Is it truly worth the risk to such a phenomenal player — who will be pillar of the team for an entire decade — to fall ill and risk his career and the investment the owners have made in him?

The most optimistic version involving the infection of a valuable athlete would be that, given his youth and strength, quarantine would be sufficient for him to return to playing at his peak and on his game. However, studies suggest that there are residual effects for those infected with COVID-19 such as future heart and liver problems. Has Clark Hunt truly considered this?

And as in the Mahomes case, there are others, specifically the stars of each team: Russell Wilson with Seattle, Aaron Rodgers with Green Bay, Lamar Jackson with Baltimore, Jimmy Garoppolo with San Francisco, Matt Ryan with Atlanta, Drew Brees with New Orleans, Matthew Stafford with Detroit, Jared Goff with the LA Rams, Deshaun Watson with Houston, and a few others with contracts above $100 million.

They Are Not Invincible

It’s one thing to say that these athletes are physically super-endowed, but a very different thing and far from reality to say that they are immune or indestructible.

In the case of Newton, expectations were that post-infection, two or three weeks would be enough for him to return to action, but what is certain is that it is one thing to release him and a very different thing for him to be in optimal condition to return to active playing at a high level, given the brutal and heavy demands of American professional football. It’s obvious that won’t happen. For Newton to return at his current playing level would require perhaps a month or more. Who knows if there will be a league or if it will be still functioning by then.

If any doubt exists about the length of recuperation required for a high performing athlete after having had COVID-19, there are the tennis players from the Association of Tennis Professionals, Benoit Paire, of France and the Grigo Dimitrov, of Bulgaria.

Paire tested positive for COVID-19 in the U.S. Open on Aug. 28. After two weeks of isolation, he played in the Rome Open, where nothing happened and he was defeated by a teenager. Less than two weeks later, he showed up at the Hamburg Open, almost a month after having tested positive. He demonstrated that there is no magic to the recovery of a high-performing athlete. During the first set, unable to handle the exhaustion he was feeling, Paire ended the match. Paire is ranked 25th in the world.

Dimitrov was ranked 20th in the world when he got sick with COVID-19 in May, and after completing his quarantine, he decided to appear in the Ultimate Tennis Showdown, a tournament that takes place in France in June. His performance was so poor that he voluntarily decided to retire from the courts for a while and did not set a return date. As he put it, he didn’t feel up to playing his best, and he needed to recuperate completely before returning.

Given those examples of high performing professional athletes, is it truly possible to believe that an American football player, for whom physical demands are greater because of the contact, can fully return by completing only a standard quarantine?

It’s true. The season goes on in spite of the public health situation, but the question is what effect will it have on the confidence of these same players knowing that infection is increasing, and that they could be next.

Even so, there are examples of carelessness, such as the attendance by Las Vegas Raiders stars last week at a densely packed foundation benefit. During the party no one — absolutely no one — wore masks. Not even the players. Uncertainty floats in the air. Could someone have been contagious without anyone knowing?

Only time will tell. And it will tell how it happened in stadiums where infection was invited, along with the fans, to attend the season opener in Arrowhead Stadium for the Kansas City chiefs. Something similar could happen after the enormous number of people who attended the game against the Browns at the Cowboys’ stadium.

The league and the Cowboys organization will find support in the laws of Texas which permit attendance. However, it is completely illogical when we see that the majority of the seats are absolutely off limits to fans.

No more. There’s nothing left to do, other than to enjoy the season while it lasts and carefully watch how it develops in a script that writes itself, day by day, and which could end with a situation that is out of control.