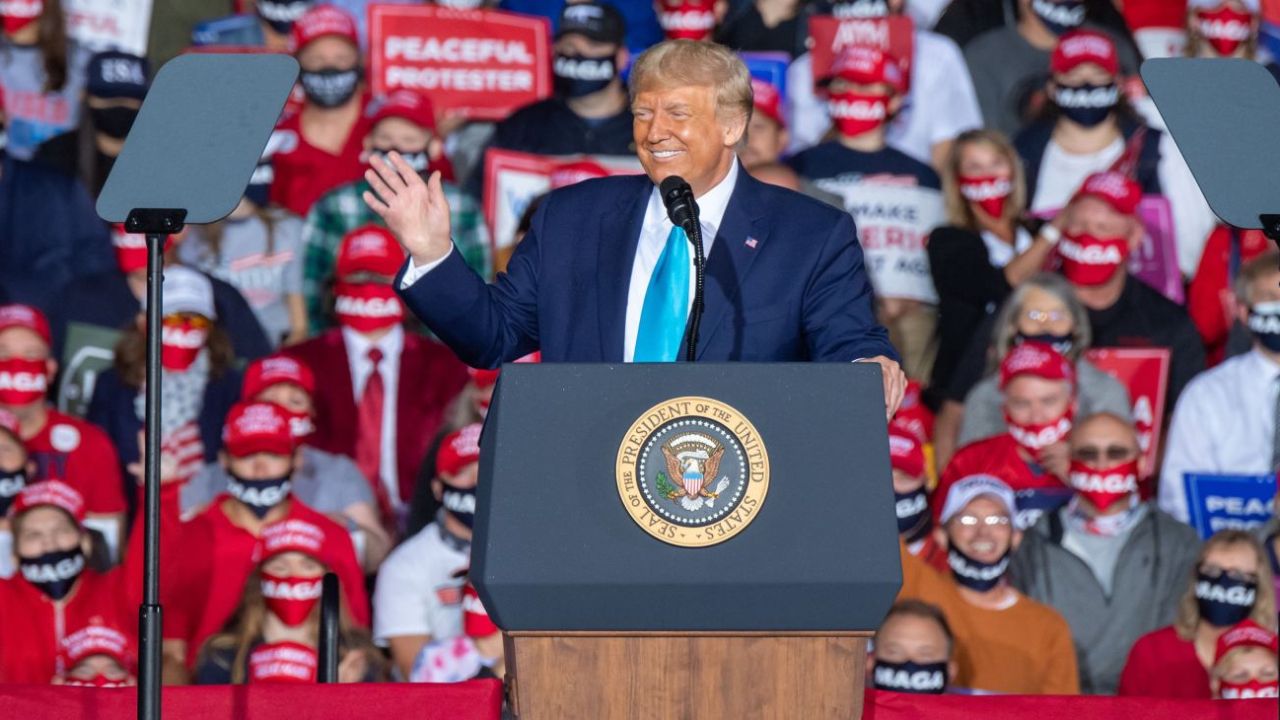 Only one American president since World War II has been unable to secure the administration of his party for a second term — Democrat Jimmy Carter.* A dozen other American presidents succeeded. Two other presidents are in a separate category: George H.W. Bush, who was not reelected, but served a single presidential term and as vice president in the two-term presidency of Ronald Reagan, and Lyndon Johnson, who completed John F. Kennedy’s term and then declined to run again

The polls show that Trump is lagging behind his rival Joseph Biden, and now (thanks to what Trump calls “the Chinese virus”) Trump’s health is a national affair. The health of an American president has not been so important since Reagan.

The news that Trump had tested positive for COVID-19 caused volatility in the markets. Uncertainty is itself a powerful virus in uncomfortable times. It is no longer related to the possibility that he will not be reelected, but to continuity of office in general and who will take over in case of an emergency.

It is a great shock because during the last four years, American policy and international policy have revolved considerably around Trump. He has implemented an agenda of tremendous economic change. He weaponized differences with China with regard to transparency, executed a revolutionary tax cut to strengthen the economy, made significant reductions in the number of regulations which in turn opened up everything, replaced North American Free Trade Agreement reinforcing the alliance with Mexico and the issue of illegal immigration (and did so without a wall), and was honest about how multilateral institutions have become irrelevant in the 21st century. And the economy has supported him.

At this point, Trump has (surprisingly) not waged any wars. He has been an innovative conservative leader and a prime example of this new century’s leadership, albeit divisive and backward in his approach. Trump has been perhaps the best example of a new global trend: When conventional 20th century state governments are overwhelmed by the 21st century’s new reality, they turn to eccentric and extremist leaders to compensate for the lack of organization. (It’s as if Max Weber were retracing his steps to point out that charismatic leadership has overcome bureaucratic leadership once again because of how stagnant the existing systems are.)

At the height of the 2020 presidential campaign, it must be said that the discussion above does not describe how articulate and moderate Biden is (contrary to what Trump thinks) Yet, such a description may not be far afield when it comes to the enigmatic Kamala Harris.

Now, Trump is confronted by a triangular situation. On the one hand, Trump’s argumentative character has left him in a politically inconvenient situation: he has a bad relationship with minorities, he has taken actions which are barely legal, he has exhibited questionable personal behavior including such issues as his taxes, he has gained the mistrust of the international community, altering America’s position globally, and leaving doubt about the enormous deficit the next president will inherit. A the same time, he has lost momentum to the ongoing world public health crisis and faced criticism for his management of the COVID-19 outbreak. Finally, his current illness has stripped him of his role as super leader.

It is difficult to offer an opinion about Trump because one is dealing with black and white with nothing in between. And Trump is both black and white at the same time. As someone once said, our defects tend to be commensurate with our virtues.

Nevertheless, many of the reforms driven by the president have come to stay. Globalization has left a world of bloc alliances and abandoned the naïve idea of universal horizontality. In this context, cooperation between countries or blocs has been replaced by competition, and this will not end easily; the technological revolution demands a race for investment incentives and new institutional and regulatory frameworks. Furthermore, it is unlikely that the growth of big multinational companies as tools for exerting cross-border influence will stop anytime soon.

For now, the president’s illness has provided a cinematographic touch to the most intense political process in the world: the presidential election of the United States.

We face an action-filled month. And we do not know what will happen in the interim, a time during which politics have made evident the idea of Julio Sanguinetti: We live in a new audiovisual world, where words have been replaced with images, and conviction with seduction.