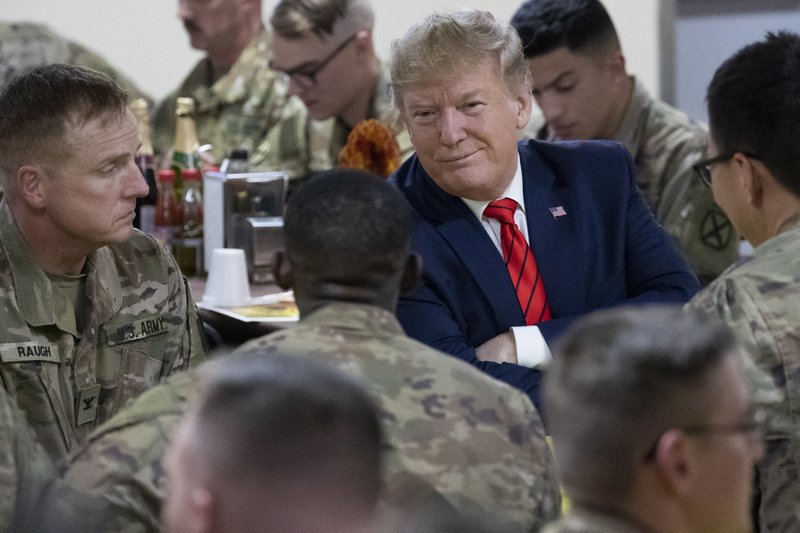 On Oct. 10, President Donald Trump posted that U.S. military troops currently stationed in Afghanistan might be returning home before Christmas. The U.S. Department of Defense responded by saying it had received neither a plan nor a formal order for withdrawal.

Analysts have pointed out that the U.S. being caught in the mire of the now 20-year war in Afghanistan, from which it has been unable to withdraw, has come at a great cost. Trump’s sudden statement on withdrawing troops in hopes of quickly bringing an end to the war in Afghanistan is a way for him to boost morale for his campaign. However, given that tensions still remain between different factions in Afghanistan, withdrawing U.S. troops in such a short period of time is unrealistic.

Hours before Trump’s announcement, National Security Advisor Robert O’Brien stated at an event that fewer than 5,000 U.S. troops were currently in Afghanistan and that this number would eventually drop down to about 2,500 by the beginning of next year.

Neither the Department of Defense nor the U.S. Central Command endorsed Trump’s statement. Previously, the White House and military had been planning to reduce the number of soldiers in Afghanistan, but they hadn’t planned for a complete withdrawal in such a short amount of time. U.S. media outlets have reported that some military officials learned of Trump’s plan only after his announcement on social media.

NATO Secretary-General Jens Stoltenberg disagrees with Trump’s plans. On Oct. 8, he stated that, because of its commitment to the future of Afghanistan, NATO and its allies would coordinate their actions and make decisions according to the actual situation in Afghanistan.

The Afghan government has yet to respond, but officials worry that the United States’ hasty withdrawal could reduce the Afghan government’s leverage and ease pressure on the Taliban, leading to a more uncertain outcome for ongoing intra-Afghan peace talks.

Trump’s Got the Election in Mind

The war in Afghanistan, which began in 2001, is now in its 20th year, and its effects have impacted the U.S. military. Research conducted by Brown University reveals about 2,300 American soldiers and nearly 4,000 American contractors have been killed in the war. Additionally, more than 20,000 Americans have been wounded. The U.S. has invested more than $2 trillion in the war, with $1.5 trillion being directly related to fighting costs. Soldiers will also be spending a a great deal on medical expenses after returning, with costs totaling $1.4 trillion by 2059.

Most Americans want an end to this protracted war. Under the agreement signed at the end of February by U.S. officials and the Taliban, U.S. and NATO forces will leave the country within 14 months.

Analysts point out that as the presidential election approaches, Trump’s sudden proposal to completely pull troops from Afghanistan by Christmas, is a rush to show Americans that he can deliver on his campaign promise to free the U.S. from its involvement in “endless wars.”

David Gordon, the former director of policy who served in the George W. Bush administration, said that while polls show a majority of Americans want U.S. troops to withdraw from Iraq and Afghanistan, the public doesn’t seem to be too concerned about the issue given that U.S. casualties abroad have been close to zero lately.

Full Withdrawal Is Hard To Achieve

Analysts have pointed out that although Trump is eager to withdraw troops due to the election, doing so in such a short amount of time is unrealistic when Taliban attacks on Afghan security forces continue to occur.

Gordon believes that Trump, hoping to divert away as much attention as possible from the U.S. battle with COVID-19, will continue to throw out all sorts of rhetoric about the withdrawal before the election begins. The possibility of a full withdrawal of U.S. troops before Christmas, however, is very small.

Kenneth McKenzie, commander of the U.S. Central Command, said the Taliban had not yet shown a willingness to break off relations with al-Qaida. Zalmay Khalilzad, the U.S. special envoy for Afghanistan, also stated that U.S. troops would not have to leave if the Taliban’s actions did not meet the requirements of the agreement.

The Afghan media believe that Trump’s proposal for withdrawal will cause the already slow-moving intra-Afghan peace talks to move slower. Without U.S. support, Afghan security forces will become more powerless, and the Taliban may therefore take a tougher stance on certain issues.