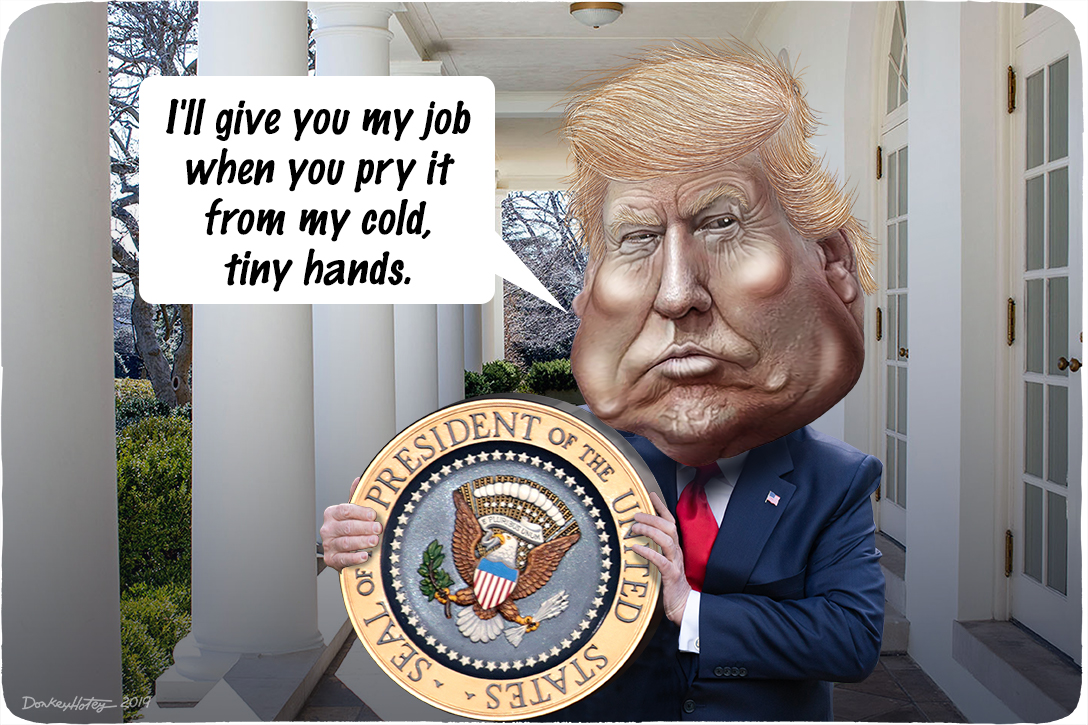 We rely on the assumption that this is an election in which the losing candidate will accept their defeat in the early morning of Nov. 4. That’s not going to happen

The democratic system is at stake, not just the U.S. presidency. The domino effect will be devastating in a Europe shaken by the pandemic and the economic crisis. It will give wings to right-wing extremism that has been acting for years like a Trojan horse, disabling the operating system from within. The damage is brutal. The United States today is a divided and angry country that has more weapons than people. Only an overwhelming victory for Joe Biden would avoid a chaotic November. Don’t rule anything out, not even civil unrest.

There are three weeks and two days left until the U.S. presidential election. All 14 national polls predict victory for Biden, by between three to 16 points. These polls make headlines, but they don’t help when it comes to reading the small print of reality. He who gets the most support doesn’t necessarily win the presidency. Hillary Clinton lost after winning 2.7 million more votes than Donald Trump in 2016. The White House is decided via an indirect election. It’s chosen by an Electoral College made up of 538 delegates, which are distributed among the states according to their population. The victor must reach or exceed 270.

Of the 50 states that form the union, 38 have voted for the same party since the year 2000. This year there may be a few changes. Hillary lost by a narrow margin in six states: Michigan, Iowa, Wisconsin, Ohio, Pennsylvania and Florida, which altogether make up 102 delegates. This was the key.

We rely on the assumption that this is an election in which the losing candidate will accept their defeat in the early morning of Nov. 4. That’s not going to happen.

Trump’s plan is to declare himself the winner even if he doesn’t get the 270 delegates. If mail-in voting is popular, as it seems it will be in Michigan, Wisconsin and Minnesota, there may not be official results from these states for a few days. Without them, it will be hard for Biden to reach 255 delegates against Trump’s 200. In this case, Florida will be the key. If it falls on the Democratic side, Biden will be the winner with 284, without having to wait for the votes of the previously mentioned three states to be counted. If that happens, the Republicans could lose the Senate as well. Without the Senate, Trump’s room for maneuver will be limited. In this scenario, many Republicans wouldn’t follow him on a suicide mission.

Widespread mail-in voting in more than three states would delay the result for a few days. This is Trump’s dream scenario, as he has spent months denouncing, without proof, that this kind of voting is fraudulent. He’ll declare victory and call on his followers to defend the White House. His followers are armed white supremacists. Twitter and Facebook have warned that they will block any tweet or message that proclaims victory before the official result, or contaminates a peaceful transfer of power.

Only an electoral miracle, similar to the presidents’ surprising recovery after having tested positive for COVID-19, could avoid a catastrophic scene of civil unrest in U.S. streets. The miracle would be that millions of American citizens put up with the long lines and vote in person. It’s possible that Trump has the virus, but we don’t know when or where he contracted it, if he attended rallies and the debate while he was sick or if his erratic behavior was due to the steroids he was taking.

We know Trump wants to debate face to face with Biden, against medical advice, and won’t accept a virtual debate. He feels immortal. He believes that he can improve his poll ratings this way and repeat the 2016 surprise when everything pointed to a victory for Clinton.

The illness has allowed him to divert attention away from his taxes, saying: “I know what covid is, I know what I’m talking about.”* Too late for the more than 200,000 dead Americans. With this data and his Wild West villain attitude, Trump should lose the election. It’s not just Trump, it’s white America, racist and misogynist, who refuse to share power with the Black and Hispanic population. The slogan the president repeats is not “America First,” it’s “America is mine.” They are symptoms of the fall of an empire, the ends of which have never been peaceful. If you think 2020 has been a bad year, get ready for what’s to come.

*Editor’s Note: The original quotation, accurately translated, could not be verified