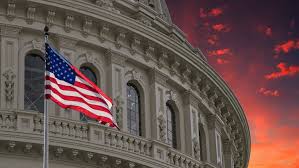 President Donald Trump, a rare inexperienced politician within U.S. political circles, is the craziest politician we have seen in a long time. In four years, he has battered all aspects of American life like a nuclear bomb.

As for his personal style, he speaks without thinking, never caring about backing up his claims. He does whatever he wants, often without regard to norms or traditions, and in the face of criticism, he blames fake news and continues with whatever he was doing.

In foreign policy, he only sees one point or aspect of a situation, and therefore never considers how circumstances fit together or form a larger picture. Thus, his policies often don’t align with previous or subsequent policies, nor do they coordinate with other policies. U.S. allies usually rank his trustworthiness lower than that of Xi Jinping, according to polls.

America’s domestic situation is even more embarrassing. When Trump was elected four years ago, he lost the popular vote to his opponent, Hillary Clinton. After he took office, he actively and repeatedly carved up America’s diverse society along racial, religious, urban-rural and party lines so that now, divisions are even deeper: left or right, blue (Democrats) or red (Republicans). The middle class has deteriorated, while the rich have become richer and the poor have become poorer. Big corporations have gotten bigger, and small and medium-sized businesses, which can create the most jobs, have dwindled.

Most worrisome, however, is the current trend toward political violence. There are more guns in the U.S. than in any other country. With a population of 330 million, the country has 270 million guns. Although politicians have fought over whether to pass more restrictive gun laws in the past, no one has been willing to introduce definitive legislation on gun control.

This past June, fearing that racial unrest and the Black Lives Matter movement would spread to Washington, D.C., and put the White House in danger, Trump ordered state governors to quickly fly 5,000 National Guard troops to patrol the capital. In the end, Republican governors sent 3,800 troops. (One Democratic governor symbolically sent fewer than 100.) Trump ordered the troops (not the D.C. police) to use tear gas to disperse peaceful protesters in front of the White House, a move that caused a national outcry. Eventually, the secretary of defense and chairman of the Joint Chiefs of Staff apologized, admitting that the military should not be involved in politics. So Trump has now begun to encourage militia groups like the Proud Boys to “stand back and stand by.” He even claimed he would deploy U.S. troops to cities with Democratic leaders to protect people and property. Had the Democratic governor of Michigan been successfully kidnapped recently, it would be unbearable to imagine the effect it would have had on current politics.

Trump has repeatedly asserted, “The only way we’re going to lose this election is if the election is rigged.” He has also refused to commit to a peaceful transition of power. Republicans have even accused the three Democratic-led states in the West (California, Oregon and Washington) of planning to declare independence if Democrats lose the election. All of this has only deepened the feelings of opposition and hatred in the U.S., adding to the threat of violence in a major election that has historically been run with decorum.

Will flaring tempers die down after the election on Nov. 3? If one side wins overwhelmingly, things might return to normal. However, if the vote is close, a long 79 days of fighting will just have begun (until Inauguration Day on Jan. 20, as stipulated in the Constitution).

This year, in response to the COVID-19 pandemic, as many as one-third of all ballots may be mailed in. Because most states wait until Election Day to open the ballot boxes and start counting, and the verification procedures for mail-in ballots are complex, tallying votes will inevitably take a long time. Moreover, more Democrats favor mail-in voting — 69% compared with 19% of Republicans. Trump has repeatedly rejected the legitimacy of mail-in voting and used his presidential power to interfere in postal operations. He has even called for using the number of votes on Election Day as the final tally.

Hundreds of leading lawyers from both sides will probably litigate related political and legal disputes from Election Day all the way until Dec. 14, when the Electoral College votes. It was at this point in the famous 2000 presidential election between George W. Bush and Al Gore that the Supreme Court issued a ruling and Gore conceded defeat. This year, however, the fight very well may continue until Jan. 6, when the new Congress counts electoral votes, or it may even extend until Jan. 20 if Congress joins in the fight.

The most famous precedent in U.S. history is from 1876, when the presidential candidates, one representing the North and one the South, respectively won the popular and electoral vote. Seeing that the country was set to have two inaugurations, two presidents and two commanders in chief, a private agreement was made to cede the election to the North, which consented to withdrawing troops that had remained in the South after the Civil War. This agreement also delayed voting rights for Black people. It wasn’t until the Civil Rights Act of 1964 that America truly extended democracy to all people.

Of course we don’t want history to repeat itself like this. But unless one side wins the election overwhelmingly, American democracy will be thrown into turmoil. Unfortunately, if this happens, Taiwan, tied to the U.S. by the Tsai Ing-wen government, will enter a dark period.