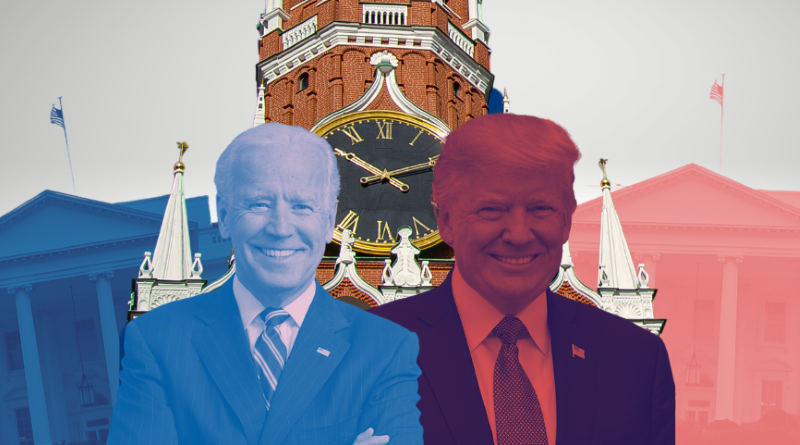 Variables and Constants in Russian-American Relations

The U.S. presidential election will be held on Nov. 3. This event is in the spotlight not only in the United States itself but also throughout the world. Even though much is said about the “decline of America,” the U.S. remains the leading world power. International security, the global economy and many other vitally important areas depend on its policies, in many ways and sometimes crucially,.

Thus, numerous experts, analysts and political seers are trying to predict who will win the Nov. 3 election and rule the U.S. from the White House’s Oval Office for the next four years. The race is between incumbent Republican President Donald Trump and former Democratic Vice President Joe Biden. Even now, with the election campaign entering the home stretch, few are prepared to indicate what the outcome will be with confidence.

Discussion on this issue is in full swing in Russia. The interest, of course, does not come from a desire to somehow influence the election results – such fantasies can only arise in the minds of those with sick imaginations. However, in our country, we understand that we will have to deal with the United States in one way or another. And we will have to find common ground, not on some isolated issues, but on all the critical problems of Russia’s foreign and domestic policy.

Judging by some of the statements made by official representatives, there are certain hopes in Moscow that Trump will nevertheless retain his post, finally agreeing to successful negotiations. But the attitude toward Biden and the Democrats in Russia is, to put it mildly, wary: they are expected to pose further challenges rather than new opportunities. In the United States itself, many believe that the Kremlin is making an unequivocal bet on Trump’s victory. In the American media, the U.S. president is presented as almost a friend of his Russian counterpart. And not only as a friend but also as a consistent lobbyist for Russian interests. Biden even managed to publicly christen Trump as “Putin’s puppy.” The unprecedented diplomatic war has turned the Russian embassy in Washington into a sort of besieged fortress.

Is the victory of the incumbent president beneficial to Moscow? Indeed, Trump has frequently expressed his undisguised sympathy for the Russian leader, while also complimenting the leaders of China or even North Korea. At the same time, Trump never skimped on sharp and often shocking criticism of almost all allies of the U.S, the European Union and even NATO, while not forgetting to consistently increase the American contribution to that alliance, including its eastern front. Trump has done considerable damage to the unity of the West, although it would be unfair to blame him for all the trans-Atlantic problems.

But have relations between Russia and the United States changed for the better over the last four years? Unfortunately, the answer is no. Over these four years, never-ending economic sanctions have been imposed on Moscow for all possible reasons – from Ukraine to Syria, from chemical weapons to energy cooperation between Russia and Germany. The unprecedented diplomatic war, which began under Barack Obama, continued against Russia and turned the Russian embassy in Washington into a sort of besieged fortress. Trump’s administration has pursued a rigid policy of consistently ousting Moscow from its long-established arms markets. There has been a sharp increase in U.S. pressure on Moscow’s strategic partners – from Iran and Syria to Cuba and Venezuela.

Arguably, Trump himself wanted to establish a dialogue with Russia, but he was not allowed to do so by the senators and members of Congress on Capitol Hill, who did not wish to negotiate; by Trump’s political opponents in the Democratic Party; and by his administration officials, who sabotaged any, even the most modest, attempts to somehow reach an agreement with the Kremlin. In other words, Trump tried his best – you know the rest.

Such reasoning from Trump supporters in Russia and the United States is not entirely convincing, if only because Trump did not always try his best. Very often, figuratively speaking, he “got ahead of himself,” becoming an active initiator of destructive decisions, rather than a reluctant enforcer of other people’s policies. For example, the insane idea to completely destroy the entire system of bilateral Russian-American strategic arms control was conceived in the White House and not on Capitol Hill. It was Trump, as the commander in chief, who twice made decisions to launch missile strikes on the military infrastructure in Syria. The list of such White House “initiatives” can be continued almost indefinitely.

Besides, in politics, the desires or internal attitudes of individual leaders mean little. Politics, as is well known, is the art of the possible. What matters is the ability of leaders to achieve their goals. It does not matter how Trump feels about Vladimir Putin; more importantly, during his presidency, Russian-American relations have not improved in any way. On the contrary, throughout the last four years, relations have continued to deteriorate rapidly on all fronts. And, unfortunately, there is no end in sight to this deterioration.

The experience of the Trump administration confirms that only a strong American president, backed by broad and sustained public support, can steer relations between Washington and Moscow in the right direction. In general, Trump has turned out to be a weak president with neither a program nor stable public support, while the American elite has remained divided throughout his presidency. Moreover, the majority of the American elite was not on Trump’s side. In this context, Russian-American relations became a bargaining chip, becoming the subject of speculation, rather than a subject of serious and balanced policy.

Does this mean that Biden’s victory is beneficial to Russia? Not at all. After all, the November election will not resolve the political and, more generally, social divisions in the U.S., and the incumbent president’s supporters will hardly be prepared for unconditional surrender. The fierce political struggle within the United States will continue regardless of the outcome of the election. Therefore, it is difficult to expect any fundamental shifts in bilateral Russian-American relations. Biden, as far as one can judge, lacks the requisite political will and political capital to initiate such changes.

At the same time, given Biden’s significant dependence on the apparatus of the Democratic Party, it can be expected that his policy toward Russia will be more predictable. In other words, along with a tough stance on Russia regarding many issues of world politics, a more balanced position on some issues of strategic stability, mainly with regard to arms control, cannot be ruled out.

Regardless of which candidate will sit in the White House and which party will dominate Capitol Hill, one must be prepared for the confrontation and rivalry that will characterize relations between Russia and the United States in the coming years. Mutually beneficial cooperation will characterize their relations only to a small extent. Consequently, for the next four years, Russian diplomacy’s task on the American front will be mainly reduced to minimizing costs and risks associated with the confrontation and rivalry. Solving this seemingly modest task will require utmost concentration, attentiveness and flexibility from Moscow. The stakes in this game are too high to succumb to provocations and to give free rein to emotions, to the detriment of strategic interests.

Igor Ivanov is president of the Russian International Affairs Council, and a former foreign minister of Russia (1998-2004).

About Nikita Gubankov 39 Articles
Originally from St. Petersburg, Russia, I am currently a student at University College London, UK, studying for an MSc in Translation Technology. My interests include history, current affairs and languages. I am a keen translator from Russian into English and vice-versa, and I also translate from Spanish into English.