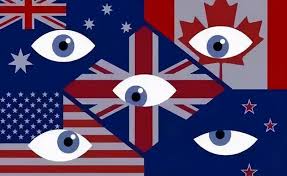 The U.S.-led Five Eyes alliance is stirring up trouble once again.* This time, together with Japan and India, the group recently requested that technology companies open a backdoor in their encryption applications, so that law enforcement agencies may more easily be granted access privileges. Not long ago, it was members of the Five Eyes who repeatedly voiced concerns that China had set up backdoors in its telecommunications installations; now, they are the ones purposefully installing backdoor programs. It’s a world famous double standard: they are pretentiously accusing others, while shamelessly doing the very thing they denounce.

This time, in a rare move, the Five Eyes network admitted to creating these backdoors. However, is the world’s largest intelligence organization truly asking telecommunication companies to install backdoors in their products in order to combat cybercrime, as it claims? In 2013, the United States’ “PRISMgate” shook the world. For such an enormous surveillance project, did U.S. intelligence agencies install bugs on users’ devices around the world, or did they create secret backdoors? Edward Snowden has already given us the answer.

In this instance, Five Eyes countries requested that telecommunications companies create backdoors, but in reality, those companies could just be the tip of the iceberg. In just six years between 2013 and 2019, 10 backdoor programs had already been discovered, one after the other, within American company Cisco Systems’ products. Apple has also admitted that it is possible to extract text messages, contacts, photos and other types of personal data from iPhones using a currently undisclosed technology. Examples like these are numerous; in fact, the Five Eyes have already crafted a whole multitude of hidden corners using countless backdoors. Consumers are, of course, totally unaware of this hidden, mysterious otherworld. There are perhaps only a handful of intelligence agencies around the world which can even spot the threads leading back to the project.

How is using a backdoor necessary to fight cybercrime? China has long said that the right path is to come together to promote and formulate global regulations for data security, and work together to uphold internet security. Frankly, there are myriad ways to prevent and combat cybercrime, but the Five Eyes have abandoned the right path in favor of the least honorable one. We can’t help but be suspicious. When they demand that companies install backdoors, is fighting cybercrime their true goal? Or are they just opening up spyholes for themselves once again?

The Five Eyes ride their high horse, accusing and defaming China, yet all the while they have secretly been involved in the shady business of spying and virtual breaking and entering. Those who use Cisco routers, Apple phones, and U.S. social media apps like Signal and WhatsApp, it’s time to be on the alert! Watch your back; there may be a pair of eyes constantly watching you from some hidden corner, hatching plans to gang up and violate your personal privacy and sell your personal information. If even these most basic rights aren’t guaranteed, then isn’t it time you reconsidered your choices?

Members of the Five Eyes, it’s time to stop hiding away in hidden corners. You can hide for a while, but you can’t hide forever. If you’re not careful, Five Eyes will be blinded. You should get out more often and take a look around; times have changed, but when you are watching from the shadows, everything is lost in the darkness.