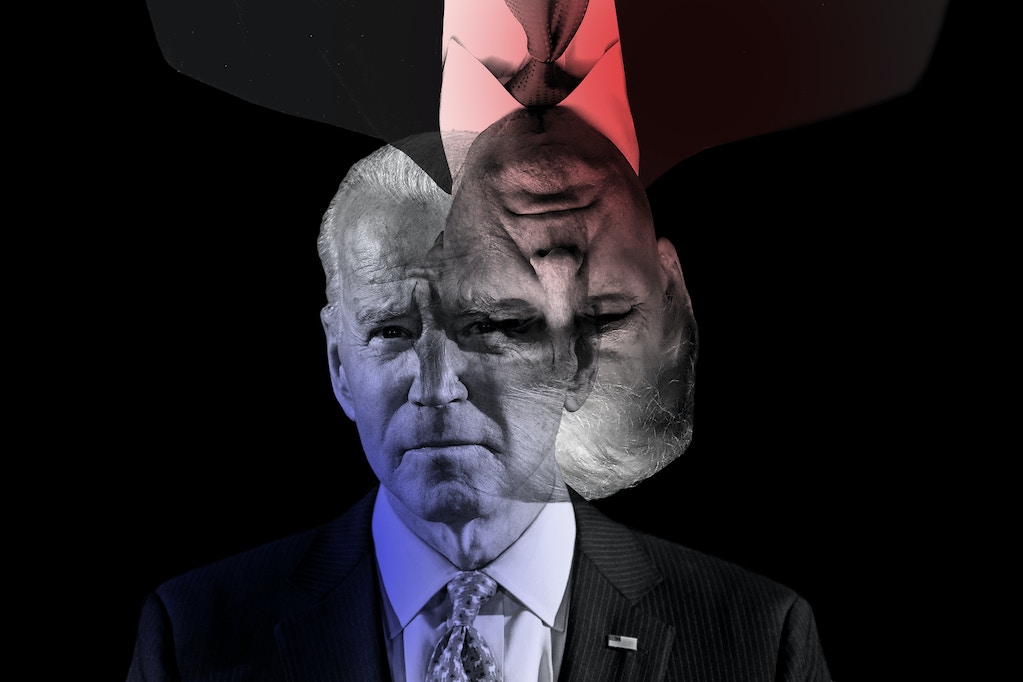 Chinese Foreign Ministry spokesman Wang Wenbin has said that China respects the choice of the American people and congratulates Joe Biden on winning the presidential election, but that the country takes into account the fact that the results will be determined in accordance with the law. China is not alone in its desire to congratulate Biden. Venezuela, Iran, the Palestinian Authority and several African countries quickly congratulated the Democratic candidate without waiting for the official results. Why? What do they expect from Biden?

All those whom Donald Trump offended or even called enemies lined up to congratulate Biden as he declared victory in the election. Venezuelan leader Nicolas Maduro and head of the Palestinian Authority Mahmoud Abbas congratulated the presidential candidate. Even Iranian President Hassan Rouhani said that Washington can now correct past mistakes. However, will Biden want to correct Trump’s mistakes, and can the policy of the White House change so dramatically?

Let’s start, for example, with Rouhani, and Iran’s hope that Biden will correct Trump’s mistakes. Perhaps they are actually waiting for the United States to return to the nuclear deal. However, Rouhani is apparently proceeding logically. if Trump’s Democratic predecessor Barack Obama made a deal that reduced sanctions pressure on Tehran, and Trump canceled this deal, then Biden should return to the deal. But this is a mechanical assessment of American politics by a person who is not very immersed in American process.

For the 1,000-year-old Persian civilization, what is happening in the U.S. is like looking at insects. Iranians look down on Americans, judging them superficially without trying to understand them. In principle, the Iranian leadership does not care who is in power in the U.S., because in any case the U.S. is the “Great Satan,” and in this regard nothing has changed since the Islamic Revolution. Formally, mechanically, it can work. One made a deal, the other canceled, so the third must conclude the deal again. However, this does not mean that the Iranian leadership is seriously counting on it.

We all remember how Trump and his entourage put forward some seemingly incredible plan to resolve the Israeli-Palestinian conflict. It was called both the “deal of the century” and the Trump plan. However, it is extremely likely that the Democrats will simply destroy everything that Trump built, just as Trump destroyed what his predecessor Obama did.

The same mechanical logic is at work here: if Trump unequivocally sided with Israel and recognized Jerusalem as its capital, then Biden and the Democrats are likely to do the opposite in getting rid of Trump’s legacy. This seems to give Palestine a chance to ease American pressure, a chance to take advantage of the window of opportunity and roll everything back.

For Palestine, like Iran, the U.S. is Satan, except the Palestinians do not have time for contemplation or a philosophical and theological understanding of American attitudes. They are at war every day, and grasp at any straw to ease their struggle, even if it is an elderly American Democrat with one foot in Jahannam already.

Now Turkey. In congratulating Biden, Ankara hopes that the administration will cease cooperation with terrorist organizations in Syria, Iraq, Libya and the Eastern Mediterranean. At the same time, it is worth noting that it was the Democrats who unleashed numerous conflicts by breeding terrorist networks throughout the Arab world, the Middle East and North Africa, while Trump started none.

In principle, Turkey is just as dangerous and unpredictable for the Democrats as it is for Trump, especially as it increases its influence in the Middle East. This is exactly what poses a threat to American politics. All American policy in the region over the past century or so has been aimed at preventing the formation of major alliances and the emergence and strengthening of major blocs or regional powers. Therefore, a strong Turkey poses a much greater threat to the U.S., and the U.S. will weaken Turkish influence in the region, regardless of who is president.

This means that it will definitely consider Turkey’s purchase of the S-400, something which Biden has already said openly, and use the Kurdish factor more actively, which is the main detracting factor for Turkey. The American presence in the Middle East will be much more active than under Trump, who did not bother with foreign policy at all, treating it very thoughtlessly and casually. All processes seemed simple to him, all complex situations clear and easy.

The Democrats, who are more adept at using soft power, deep influence and creating networks, while not shying away from military coups such as in July 2016, will take Turkey much more seriously. The Democrats have destabilized the situation in Syria and everywhere else that Trump has tried but failed to exit. In fact, Trump began with the claim that he was going to end a number of interventions unleashed by his Democratic predecessors and withdraw troops from certain regions. The Democrats did not allow him to do this, sabotaging his decisions with the agents they placed throughout the government.

Nevertheless, Trump intended to curtail the American military presence in a number of regions. At the very least, he reduced American activity in the Middle East, which the Turks took advantage of. With a Democratic administration, the American presence will only increase, American terrorists will resume their activity, and Syria, Libya and the Arab region as a whole will be engulfed again in conflicts. Turkey has little to hope for here under the Democrats, congratulations to Biden or not.

Another interesting focus is Venezuela. However, here is where reverse logic applies: Maduro, a person who is directly engaged with American politics, may act on the fact that the Democrats are a source of corruption in the U.S. They deconstruct it with their values, with their promotion of same-sex marriage, permissiveness, perversion and dehumanization. With Biden’s arrival, these internal divisions, conflicts and the decline of American society will only increase.

Relations between the U.S. and China under Biden are not likely to improve, but become more confusing, although with a formal showing of goodwill. Biden is more dangerous for China than Trump with his straightforwardness and peculiar logic, because under Biden, American politics and values will continue to creep into Chinese civilization, its way of life and its ideas. As a result, American influence in China will increase.

The forces that are pushing China to move closer to the U.S., to be more open, and to integrate the Chinese economy internationally will look up. However, they will not be Chinese but American. This soft creep of the U.S. into China, halted by the U.S. itself under Trump, may well continue, and will have a detrimental effect on everything in the long term.

In this regard, a straightforward, tough, rude and boorish Trump was less dangerous for China, because he clearly spoke his mind. The Democrats are more cunning, sophisticated and insidious, and this is, of course, a serious threat to Chinese identity, subjectivity and even the economy, which may be rewrapped in the American globalist project, and not in the economy the Chinese began to build under Trump, one which was autonomous, sovereign and independent of the U.S.