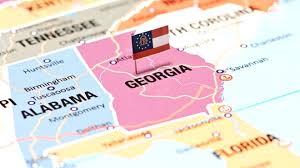 There is a legendary Ray Charles song called “Georgia On My Mind,” but the feelings coming from this state, which is so symbolic of the South, belong more to the world of feelings than of reason. It is well known that in the United States, it is rare that the most important state city is its capital, but Atlanta, which has doubled its population in the last 30 years and now has more than 6 million inhabitants, is the capital of Georgia, and practically speaking, is the capital of the South.

A historic landmark remembered with pride by the North and with resentment by the South, Atlanta was the site of the famous scorched earth march of Union Gen. William Tecumseh Sherman to the sea in 1864, which helped facilitate the reelection of Abraham Lincoln that same year, and the end of the Civil War the year after. This is the setting, more or less, for “Gone With The Wind,” the film adaptation of Margaret Mitchell’s novel, which premiered in December 1939, in Atlanta, of course.

Other cities in the South, like Richmond, Virginia, New Orleans, Louisiana or Charleston, South Carolina, might have aspired to become the capital of this part of the country, but the municipal authorities and the business owners of Atlanta were smart enough to discover before anyone else that rigid racial segregation is not only immoral, but also a barrier to business. Headquarters for Coca-Cola and CNN, although CNN’s kind of communication has been decentralized for some time now, Atlanta is home to the airport with the largest amount of traffic in the world, with 100 million passengers annually before the pandemic.

Now in the full vibrancy of the civil rights movement and growing access by African Americans, who represent more than 30% of Georgia’s population, Atlanta calls itself a city that is “too busy to hate,” an island of tolerance in the middle of an ocean of intransigence. Perhaps not at the same level as the Barcelona Olympic games, which Atlanta took over in 1996. The Olympic meet, nevertheless, placed the Southern capital on the world map.

The racial issue has predominantly inspired Georgia’s political conduct for the past 70 years. When the Democratic Party, in one way or another, condemned racial segregation in the South, the state was a Democratic fiefdom, but when it approved the aforementioned legislative civil rights reforms under Lyndon Johnson, Georgia and the entire South turned to the Republican Party. This trend was disrupted in 1976 when a son of the state, Gov. Jimmy Carter, a Democrat, received the solid support of his fellow Georgians and was elected president. Georgia voters even continued to support him four years later when the Democratic Party lost resoundingly to Ronald Reagan, but immediately returned to the Republican fold.

Georgia was in the news during the recent presidential election because with just a little more than 12,000 votes or roughly .26%, the Peach State leaned to Democratic candidate Joe Biden by a hair. Given such a narrow margin, there could be any explanation for why Georgia, which hasn’t voted for a Democratic candidate since 1992, reversed itself. The answer probably lies in the Atlanta suburbs (in Europe we call them residential areas) where Donald Trump lost part – in the end a decisive part – of the support that he received four years ago. It could be outlying data, but the same thing happened before in the urban areas of Virginia, and could be happening also in North Carolina, something that could signal the breakup of Republican hegemony in the South.

John Lewis, the iconic civil rights leader, disciple of Dr. Martin Luther King Jr., and a speaker at the famous March on Washington in August 1963 where Dr. King delivered his “I have a dream” speech, died in July at the age of 80 after representing a district in Atlanta in the House of Representatives for 34 years. Lewis, who survived a cracked skull in the famous and bloody march from Selma to Montgomery in 1965, became a whipping boy for the Trump administration in recent years, and refused to attend Trump’s inauguration. Given the 2020 presidential election results in Georgia, he can now truly rest in peace.