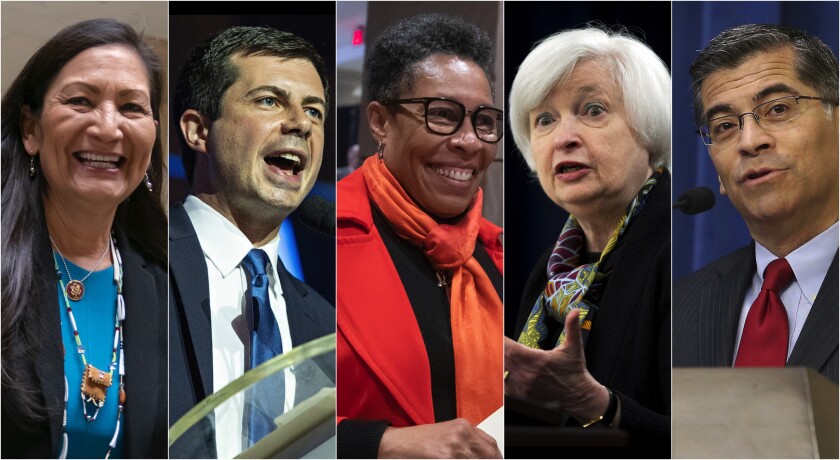 A month has passed since the American presidential election. President Donald Trump has not yet conceded defeat, but the multiple lawsuits challenging the election results have been defeated one after another.

The attorney general, who ordered an investigation into the election, has also announced that he has not found any major fraud. Now is the time to put the matter to rest according to the rules of democracy.

Trump should declare his defeat without any further delay and cooperate on all fronts with the transfer of power to President-elect Joe Biden.

This month, the total number of Americans infected by the coronavirus has leapt by about 1.5 times. In the meantime, the administration has not announced any new policies and Congress has not agreed on a comprehensive strategy.

There is no time to prolong pointless political conflict. Rather than waiting to make a concession of defeat, Trump should instead assume the obvious responsibility of assisting with putting together the framework of Biden’s administration, like his Cabinet personnel.

Professionals rich in substantive experience like Antony Blinken, secretary of state, and Janet Yellen, secretary of the treasury have been nominated. We can discern the intention to aim for a safe but steady beginning to grapple with the coronavirus disaster.

Among the progressive left wing of the Democratic Party, who have become the ruling party, there are accusations that Biden is favoring moderates. It is fine for internal debates surrounding problems like ameliorating inequality, but until the transfer of power next Jan. 20, the party’s position must be solidified.

The Senate’s composition remains undecided, but partisan tension continues. Resolving problems may not be possible with confrontational politics. We await the skills of Biden, who is experienced with Congress and good at reconciliation through dialogue.

Besides making Yellen the first female secretar of the treasury, it is said that the axis of the White House press corps will all be women. Vice President-elect Kamala Harris also plans for Black women to be among her associates.

From these efforts to reflect diversity in politics, a horizon opens up that overcomes division. The Republicans have also doubled their number of female representatives to the most they’ve ever had. The active promotion of women and minorities is a critical demand that transcends party lines.

In foreign policy, returning to the international framework (the Paris Agreement on climate change, the Iran nuclear deal, etc.) seems likely to be the first step. It is reported that former Secretary of State John Kerry, a prominent figure, will be named the special presidential envoy for climate.

Restoring the trust in America that was severely wounded under the Trump administration will likely be a bone-breaking job. But America’s return to multilateralism is an earnest wish of global society. We hope it will respond seriously.