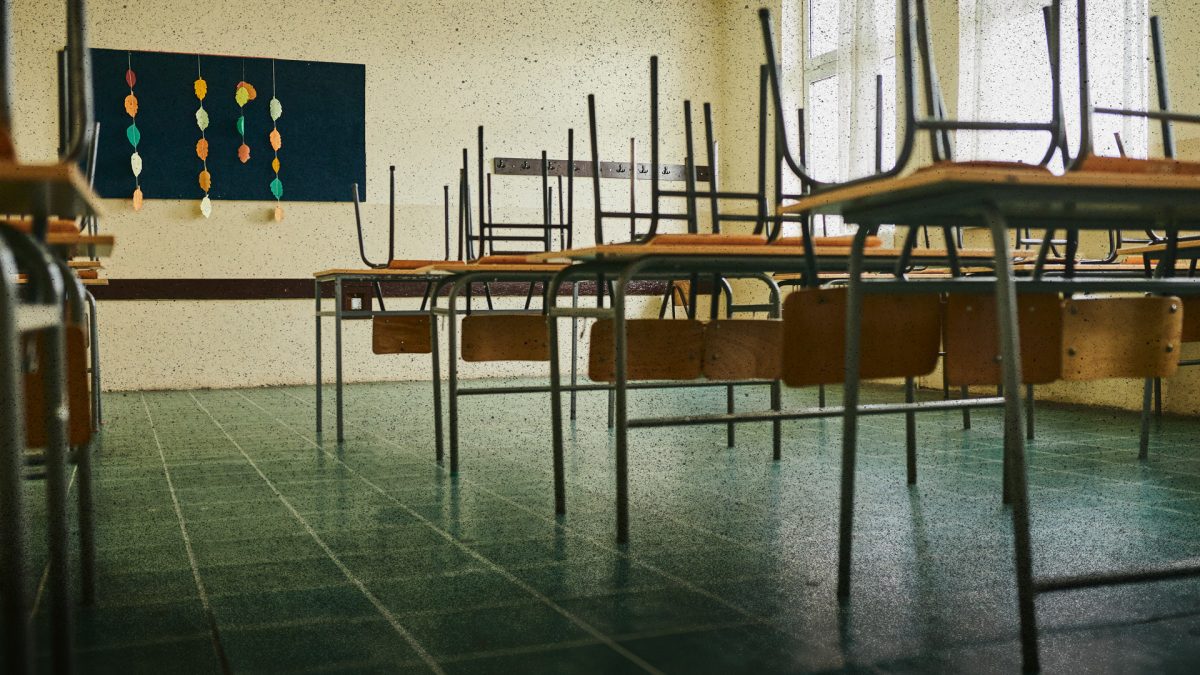 The prolonged closure of schools in the United States constitutes a tragedy the consequences of which portend disaster for the youth of the world’s leading power.

Tens and tens of thousands of deaths in one of the worst health crises the country has ever known. Millions of jobs, careers and dreams ruined in the broadest economic crisis since the Great Depression of 1929. Hundreds of days of protests, not always peaceful, in the worst social crisis in decades. And now, for more than a month, a full-frontal assault on the integrity of the election system in the worst democratic crisis in the modern history of the United States.

To call the year 2020 in the United States an annus horribilis, as many already have, is stating the obvious. However, there is another crisis that, while connected to the others, is less apparent than those in the hospitals, on the streets, or on Twitter. It is a crisis the dire consequences of which will be anything but temporary, and whose victims are not being heard.

The protracted closure of schools in the United States constitutes a profoundly devastating tragedy for the message it sends to the youth of the world’s premier power. Contrary to the rest of the Western world, from Europe to Canada, millions of children in the country have been denied access to their schools since the month of March. Moreover, between 1 million and 3 million of them have not received any instruction in nearly a year, in person or online, due to school closings and the inability, in too many cases, to follow up with children at home.

The almost automatic response of many readers to such news may sound like this: How could we do otherwise when the United States has so poorly managed the pandemic? If COVID-19 had been monitored more closely, then like elsewhere, students could have returned to their school desks months ago.

But does this really explain the current situation? It was actually during the summer that a consensus seemed to emerge around the reopening of schools. Not only was the scientific literature very clear about the minimal risk posed by COVID-19 for children and adolescents — that the mortality rate for those under 20 is estimated by the Centers for Disease Control and Prevention to be around 0.0003%, which is comparable to the probability of being struck by lightning in a year — but the science was clear that the youngest would be the least effective vectors of transmission. Many schools that have already reopened in Europe have largely had no major issues.

Then Donald Trump did what is impossible for him not to do and jumped feet first into the conversation in the most explosive way possible, launching tweets that ignited the political sphere in favor of a rapid reopening of schools. Needless to say, the inevitable opposition followed. Democratic politicians like Michigan Gov. Gretchen Whitmer tweeted about putting the brakes on the movement to reopen. In the following weeks, a wave of regional authorities and school boards in Democratic districts, often supported by teachers unions aligned with the party, followed suit. It was no surprise that rather than attempt to calm matters, the president only added fuel to the fire.

There is no place that better illustrates the absurdity of the situation than the nation’s capital, where the president resides. In that respect, officials in Washington, D.C., the most important Democratic stronghold in the country, announced toward the end of summer that schools would be closed until at least the week of Nov. 2, that of the presidential election. And they are still closed today.

In recent years and decades, the Democratic Party has built itself around a message of support for urban, underprivileged, Black and brown racial groups, and often, historically marginalized communities. But who disproportionately pays the price for these prolonged school closures? The very youth who come from this milieu and who disproportionately, as well, attend public schools. They have, in addition, been more dependent on decisions made by political leadership who, generally speaking, have no say over the closure of private schools which have largely reopened their doors.

Public schools provide more than just instruction and socialization. By way of food aid programs for disadvantaged youth, they are often an irreplaceable source of food. Today, just a few days from Christmas, more than 15 million American students are deemed at risk of not having enough to eat, a 50% increase from the year before. In other words, children who have already suffered inequalities have seen them deepen even more without having any say.

There is, of course, the question of scholarly pursuit and success and all that it implies, not only in the short term, but the long term, as well. The consequences are so dire that three American researchers estimated the cost in reduced life expectancy of young Americans today directly attributable to school closings at more than 5 million years, even worse than if schools had remained open and had contributed to the spread of the pandemic.

And this after two months of schools being closed.

But it is equally a matter of what was revealed by RAINN, the Rape, Abuse & Incest National Network, the largest organization in America dedicated to the protection of victims of sexual violence, incest and rape. For the first time in its 25-year history, half of all distress calls came from minors.

And this after one month of schools being closed.

For many of the largest metropolitan areas of the United States, from San Francisco to the suburbs of Washington, excluding summer vacation, it has now been seven months. In this tragedy, unfortunately, no one is keeping a daily count of the number of cases and fatalities. However, the human costs could leave a lasting impact for generations to come.

About Reg Moss 55 Articles
Reg is a writer, teacher and translator with an interest in social issues especially as pertains to education and matters of race, class, gender, immigrant status, etc. He is currently based in Chicago.