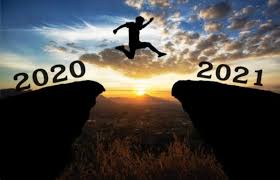 The European Union must take advantage of the strategic opportunity granted by this international disorder.

The snake of the White House is leaving, but the dragon of the virus continues to threaten a cowering mankind, whose movements are paralyzed and emotions are frozen in an unprecedented state of alarm. This is the curse of a catastrophic 2020. Nevertheless, like all great crises, it opens up opportunities that will come from the likes of science, the vaccine and the truth. The cursed year of the plague will bring us something good. Let us humbly admit our innate fragility. As Carl Sagan explained, the earth is just “a pale blue dot in the universe.” But we aren’t prepared for the worst of times; only a handful of citizens remain who lived through the atrocious Spanish flu of 1918, which — coinciding with the end of World War II — decimated the world, causing between 50 and 100 million deaths. Today, I wonder how our parents could have lived through the Christmas of 1936, in the middle of a civil war.

In Europe, we make way for 2021 with the United Kingdom’s Brexit — agreed to be an expected financial failure, but finally no longer considered chaotic. It’s a return to “splendid isolation” in order to regain control over a sovereignty that’s no longer possible in the 21st century, as well as confidence that the city of London will continue to be the financial capital of Europe — although the exit agreement doesn’t include the service sector.

Scotland is announcing that it still wants to be in the EU and will prepare a new independence referendum. Good luck to little England, which has chosen the open sea; the continent won’t fair well losing an important partner. The United Kingdom won’t make good deals, and the EU will notice its absence in defense and intelligence matters. Winston Churchill was right when he said, “We are with Europe, but not of it. We are linked but not combined.”

Boris Johnson and Donald Trump, two extravagant populists born in New York, have devalued the Anglosphere. Their legacy, especially in the case of the United States, leaves a geostrategic vacuum that has been well exploited by Vladimir Putin’s Russia and, to a greater extent, by Xi Jinping’s China. Moscow is going back to being the backboard of the Middle East and is testing its cyber warfare for another “cold” era. There will be a massive intrusion into the heart of the U.S. institutional system by the heirs of the KGB. We still don’t know what compromising details the Kremlin Czar had on Trump in order to retain his devotion to the end.

The deterioration of the United States, which we’ve been talking about for a long time, continues to be shocking news — even prematurely. Otto von Bismarck, the “iron chancellor” of Germany, warned, “There is a special providence for drunkards, fools and the United States of America.” The European Union must take advantage of the strategic opportunity granted by this international disorder.

Happy 2022, because 2021 won’t meet the conditions to do it all. Success and happiness are never complete.