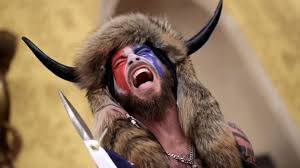 What we saw at the Capitol was not an accident, but an event anchored in socio-economic stratification in the United States. Despite the differences, what happened in Washington could happen in Jerusalem, too.

No one in the United States believed that an event like this — which had not happened since 1814 during the time of occupation and burning of the American Capitol by British military forces — would be carried out again, this time by riled-up, violent American citizens who disrupted the process of certification of the results of the election for the presidency in the American Congress. Since the end of the Civil War in the United States, an event like this has seemed unthinkable and not something to worry about. But before our astonished eyes last Wednesday, the sitting president of the United States incited a violent crowd to essentially occupy the Capitol, the heart of hearts of democracy in the United States: a symbol of the liberal-democratic project which has led the world since the end of the World War II.

No, it was not a revolution nor was it a coup. But it definitely was a violent rebellion with incitement by the president of the United States against the government and a rejection of the results of the election. In a political system where the winner takes all, and in which there is no room for negotiations between the parties around the formation of a government, the political competition is likely to slide into violence. But even on a more basic level, one has to look at the roots of the political growth and attainment of the presidency by Donald Trump four years ago. The integration of evangelical Christian churches, some of them giant churches with hundreds of thousands of active believers and even more millions listening to the sermons, did not leave much fertile ground for establishing a liberal democracy. All of this is anchored in poverty, especially in the states in the southern United States. If you want to understand American society you have to wander far afield from the sources of American capitalism, outside of Manhattan and the other enormous, wealthy cities, to the white proletariat in the United States. Most of their sons and daughters voted for Trump. They are suspicious, hostile, angry and convinced that the wealthy bourgeoisie of the Northeast and Northwest are exploiting them, and lording it over them. They hate the American liberals who have emphasized, more and more since the 1950s, gender equality and rights for minorities.

What we saw in the Capitol was not a coincidence or a one-off situation, but an event anchored in socio-economic, religious, cultural stratification in the United States. Trump did not only incite and instigate. He is completely embedded in the social structure which brought about his election, and now he is bringing it to a disgraceful crisis. The president is not only the hangman, but he is also the victim of the system that brought him to a place where he was not supposed to be.

Won’t that happen to us? It is true that there are significant differences between Israel and the United States: The trauma and memories of the Holocaust, military service, the effective legal and judicial system and effective functioning of legal regulations can help us to keep far away from such occurrences in Israel. Nevertheless, Israeli society is socially and economically stratified, and this stratification is getting worse because of the coronavirus crisis. The political party division and the polarization between supporters and opponents of the prime minister, who is facing serious political and corruption-related criminal cases; the argument about national identity; the future of the territories, the consequences of the occupation on Israeli society; and national and religious extremism make up a dangerous recipe. What happened in Washington could also happen in Jerusalem.

The writer is an expert in law, society and governance, and a professor at the University of Haifa.