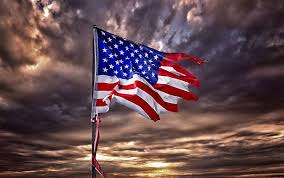 Almost 200 years ago, Alexis de Tocqueville wrote the famous treatise “Democracy in America,” which laid the foundation for the concept of the United States as an exemplary democracy. In the American political system, this idea survived for many decades after the end of the Civil War and the political class maintained the continuity of power.

However, signs of a crisis gradually accumulated. Archaic political institutions created back in the era of Louis XVI and Catherine II, which had been barely revised throughout America’s existence, proved unable to perceive new challenges and adequately respond to them. The U.S. political system gradually became obsolete, demonstrating an inability to fix itself.

Recent developments allow us to speak of a systemic and total political crisis, which has the potential to devolve into a real catastrophe. The four-year information war (compromising in nature) between Donald Trump’s team and the Democrats was followed by a surge of unrest in the summer of 2020, resulting in further polarization of society and an escalation of conflict between the far right and radical left. The Black Lives Matter campaign has resulted in an almost total discrediting of traditional American values, symbols and heroes, eroding the foundation on which American identity has been based for more than two centuries.

Protests were mobilized with technology in several states in the summer of 2020 that fit perfectly into the standard method for organizing a “color revolution.” This was followed by, perhaps, the dirtiest election campaign in the history of the country, and voting, the results of which will now forever go down in history as the most questionable and controversial.

The American electoral system has never been perfect. The absence of unified legislation and system of electoral commissions, the obstacles observers face when working at polling stations, and the archaic nature of the electoral process provided favorable conditions for fraud and manipulation during the process. The election is then accompanied by a significant number of scandals and violations. Typical violations include ballot stuffing, transportation of voters and votes cast by the deceased. However, the current election has surpassed all previous ones in terms of fraud.* The scandalous election results and the desire of candidates to achieve victory at any cost intensifies the crisis gaining momentum in American society.

The country has already been completely divided into “red” and “blue,” and it seems that the divide between the two Americas cannot be overcome in the foreseeable future. The storming and seizure of the Capitol by Trump’s supporters was the final straw. Five people died and dozens were injured as a result of the riots. There were clashes with police, attempted seizures of administrative buildings in several states, and President-elect Joe Biden called his fellow citizens “domestic terrorists.” But the capture of the Capitol is more than just an unprecedented event in American history. This is a complete and final discrediting of the myth of American democracy, created two centuries ago.

Indeed, this has never happened here. At the same time, such events constantly occur in other countries. In Ukraine and Georgia, Kyrgyzstan and Armenia, government and parliamentary buildings have been seized, there are riots and carnage, protesters shot and police officers murdered. This happens all the time in certain developing nations. Actually, this is one of the key characteristics of a developing country, and this characteristic is also usually a criterion for classifying a country as a “failed state.”

Obviously, the reputation of American democracy has suffered an irreparable blow. Now, when Washington politicians, experts and journalists utter words condemning “undemocratic” political regimes and human rights violations of other countries, many others will reply, “The emperor has no clothes.”

*Editor’s Note: This information is false. There were no substantiated or verified claims of wide-scale voter fraud in the 2020 presidential election.