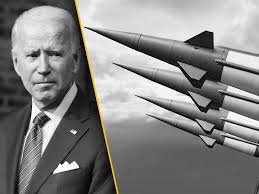 Under President Donald Trump, renewal of the Strategic Arms Reduction Treaty between Moscow and Washington set to expire soon seemed an impossible task.

One of the most important changes in U.S. foreign policy under President Joe Biden will concern nuclear weapons and where it fits into a policy of negotiation and dialogue that advocates for multilateralism in a multipolar world. That is why the announcement about trying to reestablish the nuclear dialogue with Moscow coming among the new administration’s first initiatives. More than 90% of the world’s nuclear bombs are housed in Russia or stockpiled in the United States; and there are the other nuclear powers of France, China, the U.K., Pakistan, Indian, Israel and North Korea. It is estimated that a global nuclear conflict would be apocalyptic due to the existence of a combined nuclear potential that could destroy the planet many times over.

Over the course of the last 75 years, the doctrine of “mutually assured destruction” has held firm and countries have avoided launching missiles and atomic bombs despite numerous international crises. At one point, President John F. Kennedy signaled in an intervention in the United Nations that with atomic weapons, “[E]very man, woman and child lives under a nuclear sword of Damocles, hanging by the slenderest of threads, capable of being cut at any moment by accident or miscalculation or by madness.” He continued by urging that “[T]he weapons of war must be abolished before they abolish us.” Last week, U.N. Secretary-General Antonio Guterres publicly announced the enactment of the Treaty on the Prohibition of Nuclear Weapons, approved by the U.N. in 2017, imposing legal obligations on those countries who sign and ratify it, in addition to moral and political obligations on the nuclear powers that are not currently signatories to the treaty.

Unfortunately, countries with nuclear capability and members of NATO have remained on the sidelines. This international treaty establishes the obligation to neither develop, acquire, store, use or threaten to use nuclear weapons. It is an important step in the aim of achieving world peace and security. On the American continent, through an initiative proposed by the countries in Latin America and the Caribbean in the aftermath of the events of the Cuban Missile Crisis, which could have triggered a third world war, the countries involved signed the “Treaty for the Prohibition of Nuclear Weapons in Latin America and the Caribbean” in the Mexican Chancellery. This is why it is known as the Treaty of Tlatelolco, signed on Feb. 14, 1969, which became effective on April 25 that year.

When I served as an adviser in the Venezuelan embassy in Mexico, we shared a working environment with the intellectual author of this treaty, the university professor and Mexican diplomat Alfonso Garcia Robles. Our embassy followed the work of the Agency for the Prohibition of Nuclear Weapons in Latin America and the Caribbean. This allowed Latin America to become the only region on the planet where atoms must be used only for peaceful ends, imposing obligations on nuclear powers on our continent with intentions to turn atoms into weapons.

In nuclear geopolitics, Moscow and Washington must make the important decisions, as they share an estimated 7,000 warheads. Meanwhile, China, France and the United Kingdom have a total of around 300 warheads, there are 150 between Pakistan and India, 80 in Israel and a dozen or so in North Korea. Experts calculate that countries have reduced the size of their nuclear stockpiles since the fall of the Berlin Wall. However, with the Donald Trump presidency and his “hard policy,” many chancelleries around the world reconsidered revising their nuclear commitments with respect to national and international policy under the pretext of a need to carry out modernization projects in addition to vertical proliferation. There were at least two contributing factors to this: First, the U.S. withdrawal from the Intermediate-Range Nuclear Forces Treaty on Feb. 1, 2019, and the immediate response by Russia, abandoning it a day later; and second, the termination of dialogue and nuclear compromise with Iran achieved by former President Barack Obama, in addition to the agreement between the five members of the U.N. Security Council plus Germany.

With President Trump, the renewal of the Strategic Arms Reduction Treaty between Moscow and Washington, set to expire on Feb. 5, seemed an impossible task. The new approach by the White House with President Joe Biden’s announcement that he wants to extend the nuclear treaty signed in 2010 by his Democrat predecessor and then Russian President Dmitry Medvedev, received an immediate and positive response from the Kremlin. Both President Vladimir Putin and his ambassadors in New York at the U.N., and in Vienna, headquarters of the International Atomic Energy Agency, showed a willingness to extend the treaty, recognizing the positive change in U.S. nuclear diplomacy and agreeing with both governments on the compromise that has resulted from compliance with the U.N. Charter in the areas of peace and international security.

These aspects of international relations and the new post-pandemic order herald a new orientation in national and foreign policy for all countries, according to their allies around the world.