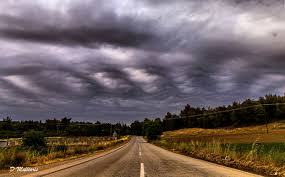 The EU’s leadership and the U.S.’s reentry into the Paris climate agreement can give a new direction to a key policy.

As he had promised, one of the first orders signed by the new president of the United States, Joe Biden, was the immediate reentry into the Paris agreement on climate change. It is a step of great importance, since Donald Trump’s decision to withdraw from it put at risk objectives set 50 years ago. Not only did it invalidate the majority of the environmental protection measures put in place by Barack Obama, but it led other reluctant countries like Brazil, Australia and Mexico to follow in the wake of the U.S. The Paris agreement provides for each country to set its own targets for the reduction of greenhouse gas emissions. The United States is the second-largest emitter of greenhouse gases, after China. With little more than 4% of world population, it is responsible for almost a third of the excess CO2 in the atmosphere. Now, Biden intends to promote a Green New Deal, for which $2 billion will be provided over 10 years. A very positive change.

The decision comes at a critical moment. The heating has been faster, and its effects more serious, than was predicted in 2015. Last year set a new record for hurricanes and extreme climate phenomena, from devastating fires to torrential winds. The average temperature on the planet has already risen by 1.2 degrees Celsius; if action is not taken, it will rise by 3.2 degrees, which would lead to a catastrophic scenario. Europe has promised to achieve carbon neutrality in 2050, a goal that has been ratified by 100 countries, including China, in its case by 2060. It is encouraging, but it is a long-term goal and there is the risk that in the meantime the more immediate goals will be unmet. Only five countries have presented their new emissions plans. Article 6 of the Paris agreement, on the carbon market, has not yet been worked out.

The public is becoming increasingly aware and is requesting effective and concrete steps from governments. There has been an abundance of gestures, like that of the French president, Emmanuel Macron, who just proposed a referendum for inclusion of environmental protection in Article 1 of the Constitution. Some jurists note that the gesture has no force, since the Charter for the Environment already forms part of the body of the French Constitution. Whether it is an electioneering maneuver or not, what is relevant is that it is about a petition of the Citizen Convention on the Climate, an innovative system of deliberation whose members are chosen by lot, and it can serve to strengthen the climate agenda. The Paris agreement needs new momentum. The leadership of the EU and the reentry of the U.S. can provide it.